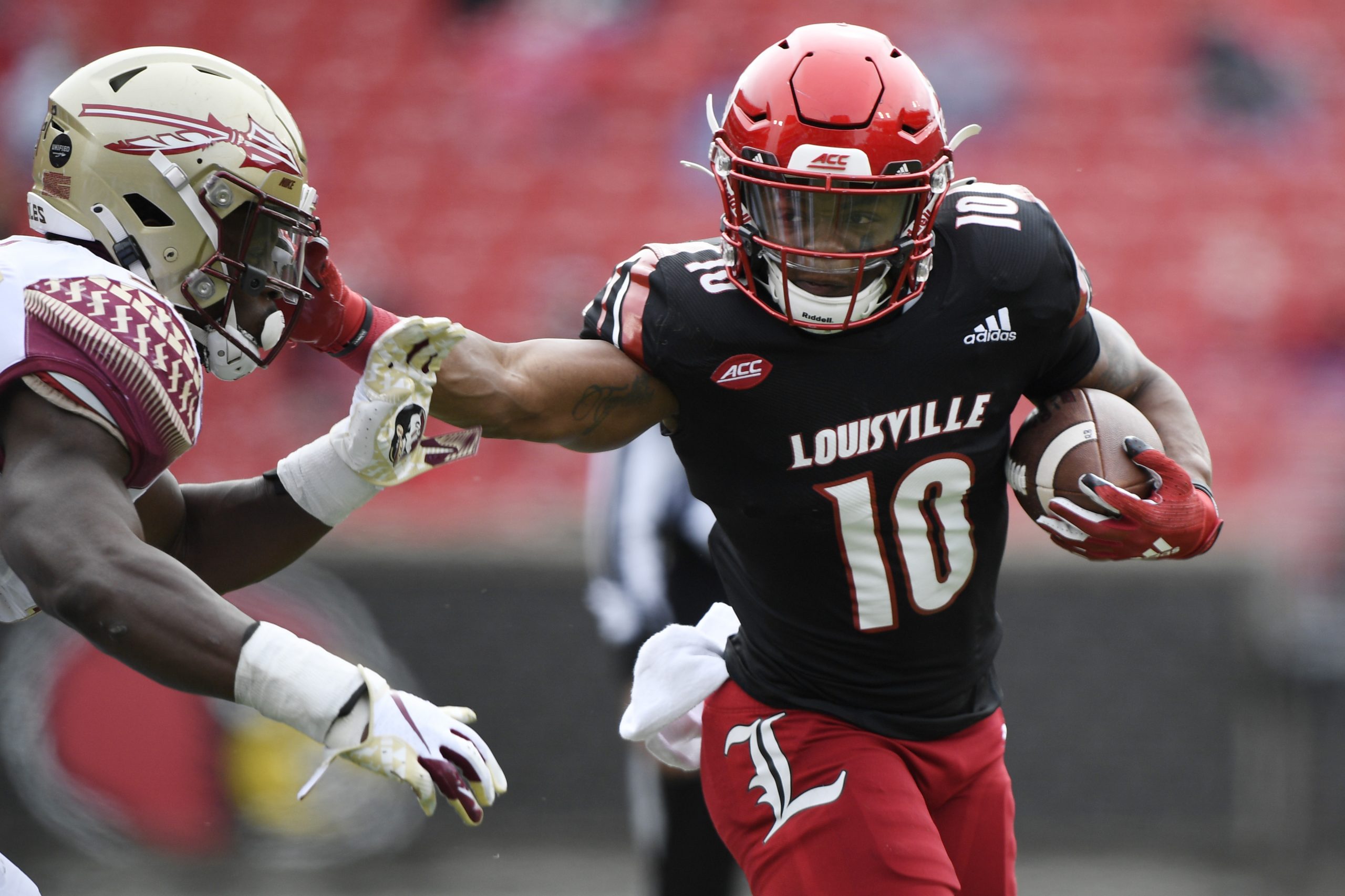 Hawkins rushes for 174 in Win

Javian Hawkins ran for a season-best 174 yards and a career-high three touchdowns for Louisville, which snapped a four-game losing streak Saturday by beating Florida State 48-16.

The Cardinals (2-4, 1-4 Atlantic Coast Conference) took advantage of a yielding Seminoles defense to amass 410 yards of its 569 total yards in the first half. Five plays went for at least 35 yards in the half, helping the Cardinals take a 31-14 halftime lead.

Jordan Travis, who transferred from Louisville two seasons ago, recovered his fumble after a botched handoff and ran it in 15 yards to give the Seminoles (2-4, 1-4) a 7-0 lead just 2:30 into the game. But Louisville responded quickly, needing just 2:01 to tie it on a 9-yard run by Hawkins, one of his 16 carries on the day.

That was the start of 28 straight points for Louisville, which never looked back. After the Cardinals defense forced a three-and-out on Florida State’s ensuing drive, Hawkins gave Louisville the lead for good on a 70-yard scoring run on the Cardinals next play.

Malik Cunningham completed 16 of 24 passes for 278 yards and two scores in the victory. Tutu Atwell caught three passes for 129 yards, including a 66-yard scoring strike from Cunningham, and added a 2-yard rushing touchdown.

Despite racking up a season-best 265 yards rushing, the Seminoles offense could not match the Cardinals. Travis finished completing just 14-of-32 passes for 141 yards with a touchdown and an interception before being pulled midway through the fourth quarter.

THE TAKEAWAY
Florida State: A week after notching a top-10 upset against North Carolina, the Seminoles defensive issues prevented them from building off that momentum. It marks the third time this season, FSU has given up at least 40 points. The offense did the defense no favors as it punted on three-straight possessions in the first quarter.

Louisville: The last team to notch a victory in ACC play, the Cardinals built off last week’s close loss at Notre Dame and put together their best game of the season Saturday. With a more favorable schedule looming, Louisville could see this win become a turning point in the season. After the Cardinals host Virginia Tech next weekend, their final four opponents have a combined five conference wins heading into this week.

UP NEXT:
Florida State has a bye next week and will next host Pittsburgh on Nov. 7.