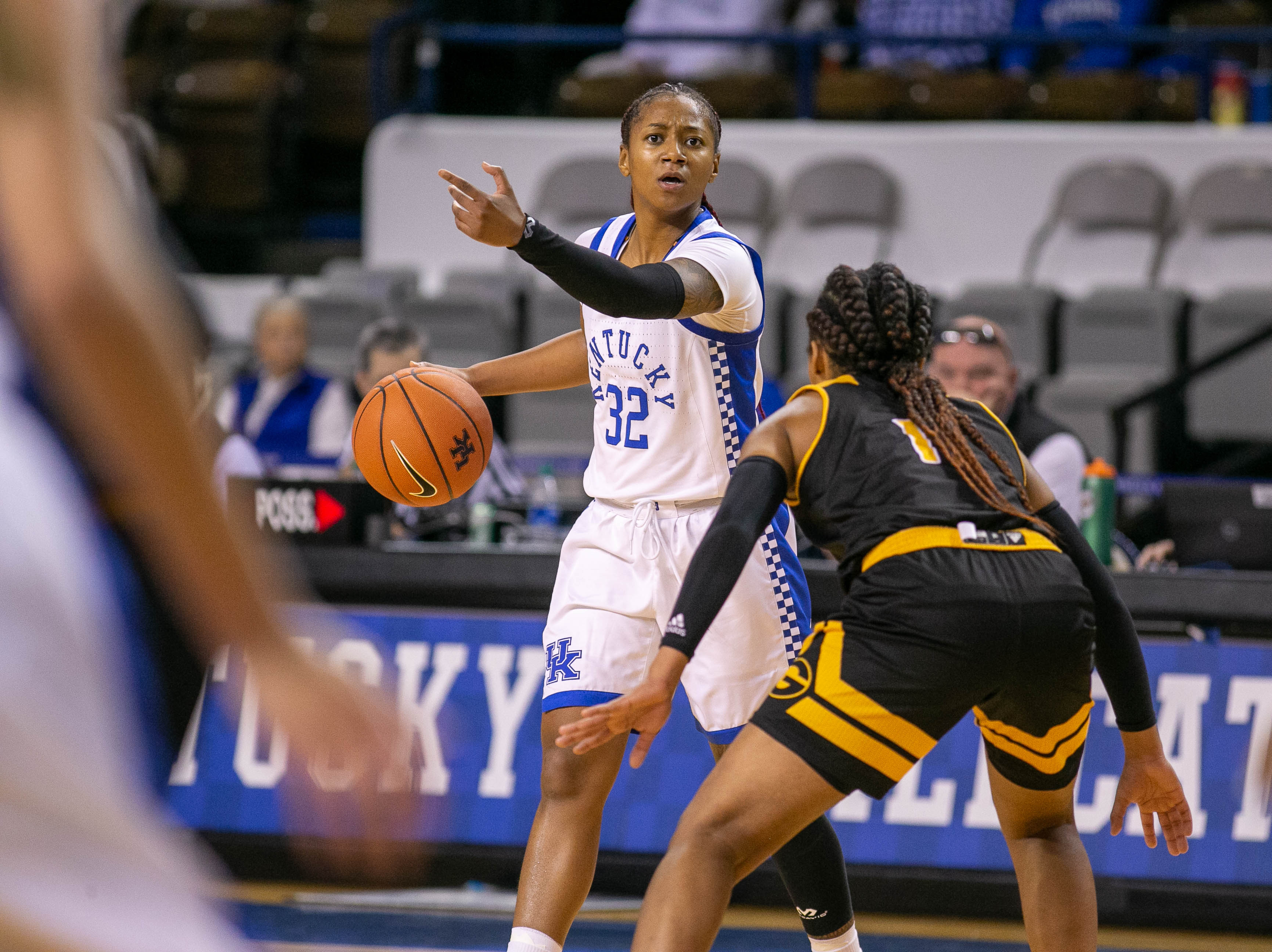 Kentucky scored a season-high in points and hit 49.1 percent from the field in win

LEXINGTON, Ky. – The 14th-ranked Kentucky women’s basketball team used a 21-2 run in the second quarter to break open a close game, and the Cats went on to beat Grambling State 81-35 on Tuesday night at Memorial Coliseum.

Rhyne Howard scored a season-high 27 points to lead Kentucky to its sixth straight win, against no losses, to start the season. For Howard, it was her third game this season with at least 20 points, and the 13th such game in her UK career.

Sophomore Blair Green had 12 points for the Cats, tying her season high. The Harlan County, Kentucky, native hit five of her six shots from the floor, including two of three from behind the arc. Senior Jaida Roper was also in double figures for Kentucky, with 10 points, while adding seven assists.

Grambling State (1-5) scored first and the Tigers held a 4-2 lead early, forcing Kentucky to call an early timeout. The Cats made just one of their first five shots in the game. After the timeout, Kentucky scored the game’s next four points to lead 6-4. UK would stretch the lead to 12-8 on a basket and free throw by Tatyana Wyatt with 3:37 to play in the period.

After Grambling State cut the lead to 12-10, Kentucky scored five in a row to lead 17-10. The Cats would lead 20-12 after 10 minutes of play. Howard led all scorers with 10 points in the first quarter.

In the second period, neither team hit a basket, only three free throws apiece, until Green nailed a three from the corner with 5:51 left in the first half, giving the Cats a 26-15 lead. Howard followed that with a three of her own, extending the UK lead to 29-15. Those baskets were part of a 21-2 run, including the final 13 points of the half, that gave the Cats a 42-17 advantage at the break. Howard had 16 points in the first half to lead all scorers.

Kentucky opened the third period with a 9-2 run to stretch the advantage to 51-19. That trend would continue, as the Cats would outscore the Tigers 20-6, using a strong defensive effort to blow the game open. Kentucky held Grambling State to 18.2 percent shooting (2 of 11) and forcing the Tigers into seven turnovers in the period, which ended with a 62-23 UK advantage.

Grambling State would get within 37 in the fourth period but the Tigers could get no closer.

Kentucky returns to Memorial Coliseum on Sunday, hosting Austin Peay. Tipoff is set for 4 p.m. and the game can be seen on the SEC Network.