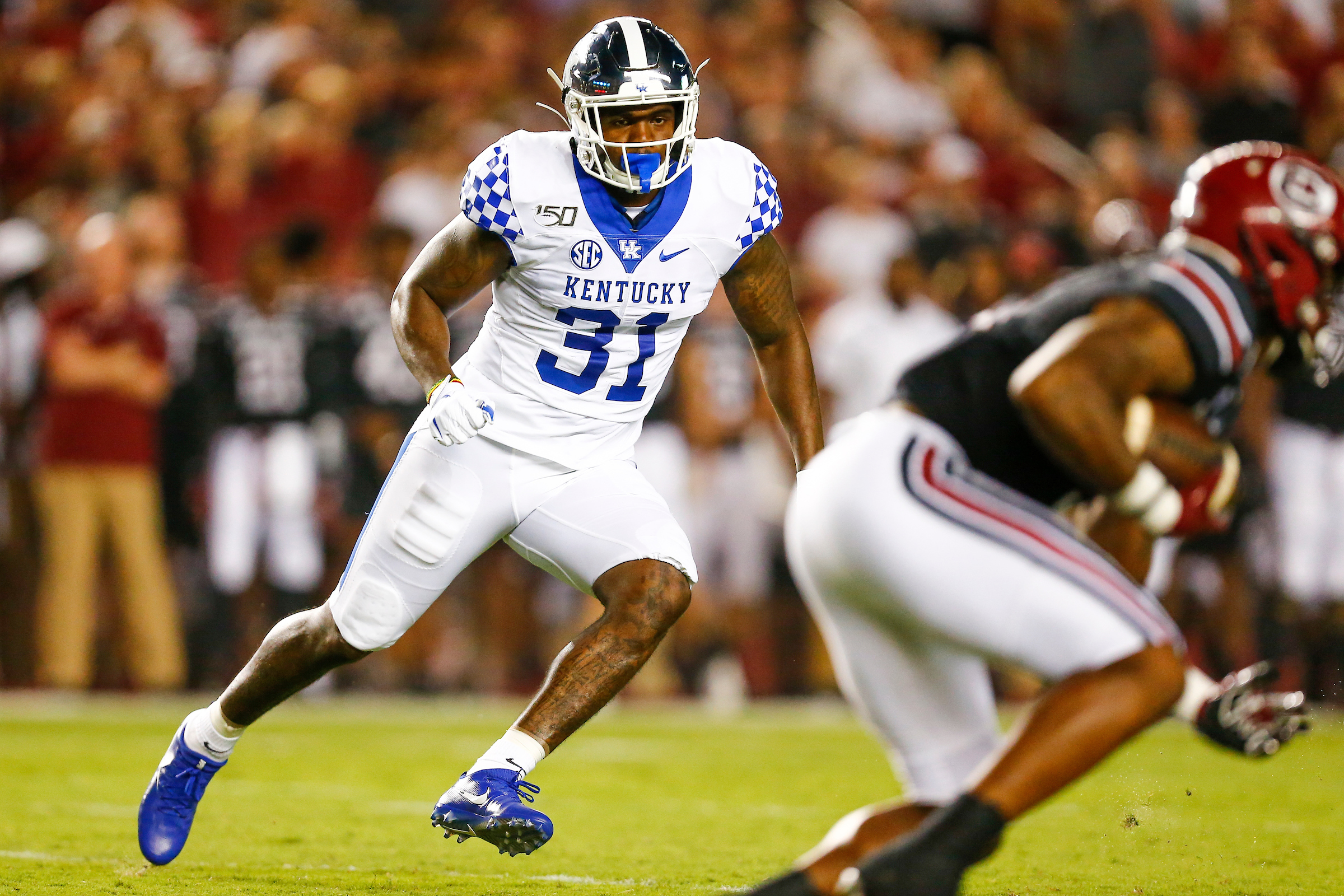 University of Kentucky senior outside linebacker Jamar “Boogie” Watson has been named to the Chuck Bednarik Award watch list, it was announced Monday. Presented by the Maxwell Football Club, the award honors college football’s defensive player of the year.

Watson, who hails from Brandywine, Maryland, is considered one of the Southeastern Conference’s top returning pass rushers, having totaled 18.5 tackles for loss and 13.5 sacks through his first three seasons. He has played in 38 career games with 18 starts, logging 67 total tackles, three forced fumbles, a fumble recovery and nine quarterback hurries. He is the conference’s leading returning sack leader and also was named second-team preseason All-SEC by Athlon Sports.

As a junior, the 6-foot-3, 248-pounder burst from the shadow of renowned sack artist Josh Allen to record a team-best 11.5 tackles for loss and seven quarterback hurries to go along with 6.5 sacks, which ranked second on the team. He was named third-team All-SEC by Pro Football Focus after ranking sixth in the SEC in sacks. He logged two sacks against both Louisville and South Carolina and added a pair of tackles for loss in the Wildcats’ Belk Bowl victory over Virginia Tech.

Watson already has graduated in May of 2020 with a degree in sociology and a criminology minor and currently is working on a second degree in family science with a coaching minor.