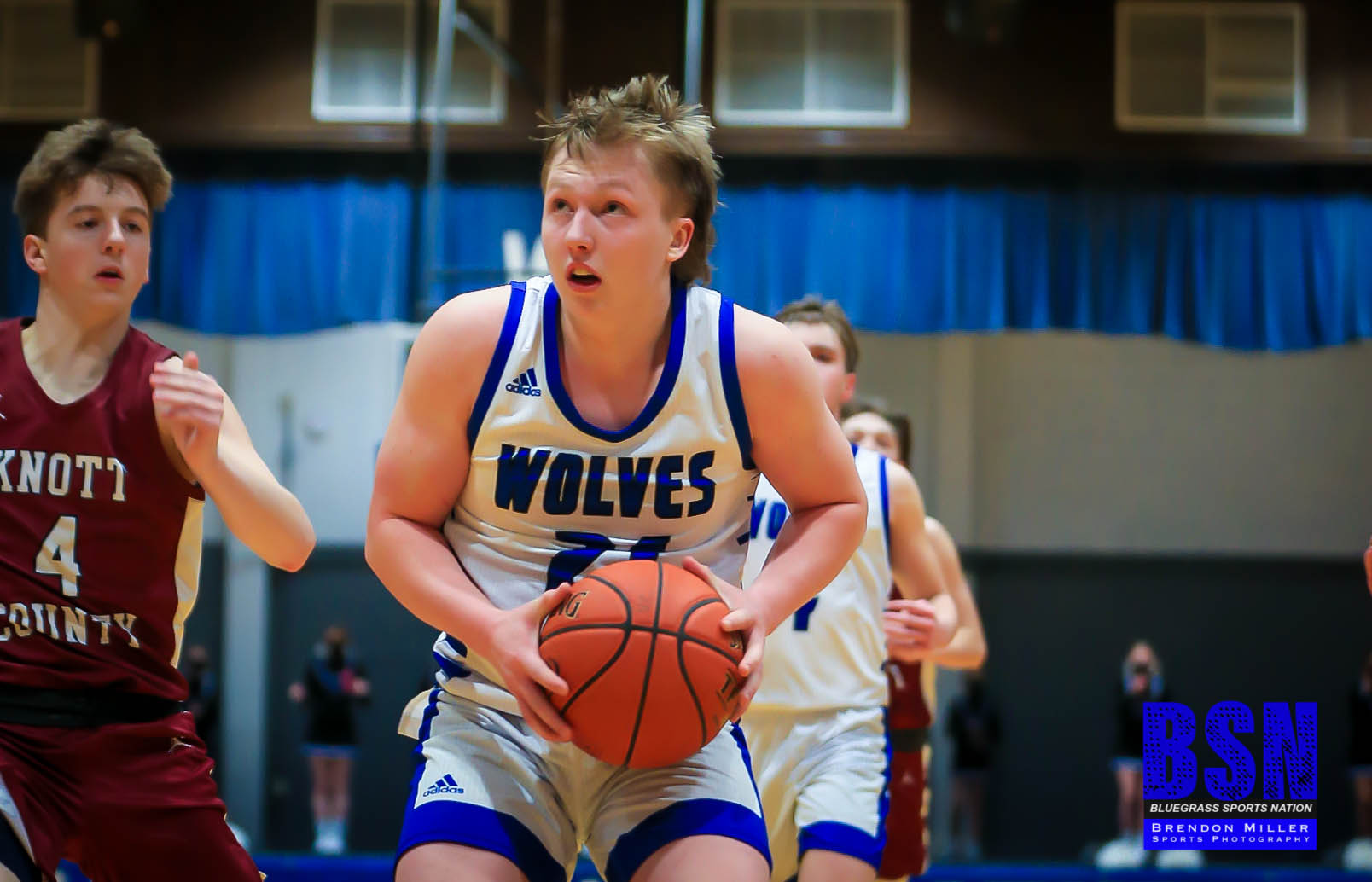 Friday night had been circled on the calendar of 14th Region fans since the altered COVID schedules were finalized. Knott Central, the 14th Region All A Champion, came to Campton at 7-2 and undefeated against 14th Region opponents, only suffering losses to North Laurel (13th) and at Belfry (15th). Wolfe, after a slow start to the season, had started rounding into form with back-to-back 55th District wins over Breathitt and Jackson City.

The two teams met in the All A on January 6th in Hindman with Knott coming away with the 80-68 win, enroute to the Tournament Championship. There was a big game feel in Rose Gymnasium and the game did not dissappoint with the Wolves pulling away in the 3rd Quarter and maintaing their advantage in the fourth for the 67-59 win.

1st QUARTER
Knott opened the game with three of their four senior leaders putting in strong starts. Kent Damron knocked won two 3-pointers for six. Scott Shepherd also put us six in the period with a basket and four of four from the line, and Colby Napier had five. Wolfe got three baskets from Wilgus Tolson for six, and Jaz Johnson had a basket and 3-pointer for five while Sawyer Thompson hit a 3-pointer. At the end of a furious quarter, Wolfe led 19-16.

2nd QUARTER
Both teams played extremely well in the second. Damron continued his hot half with nine more points including two more 3-pointers. Napier had eight on four baskets. Wolfe got five each from Johnson, Wilgus and Elijah Tolson and each knocked down a 3-pointer in the period. At the half, Knott had a four point margin, 39-35.

3rd QUARTER
Wolfe took control of the game with a 19-7 quarter. Again it was Johnson (five) Wilgus Tolson (seven) and Elijah Tolson (five) who provided the offensive punch for the Wolves. Napier hit his only three of the game. Headed to the fourth, Wolfe had grabbed the momentum and had an eight point margin 54-46.

4th QUARTER
Damron tried to will the Patriots to a run as he added seven more to set his game-high 24. Johnson finished his team-high 22 with seven, and Elijah Tolson added four to finish with 16.