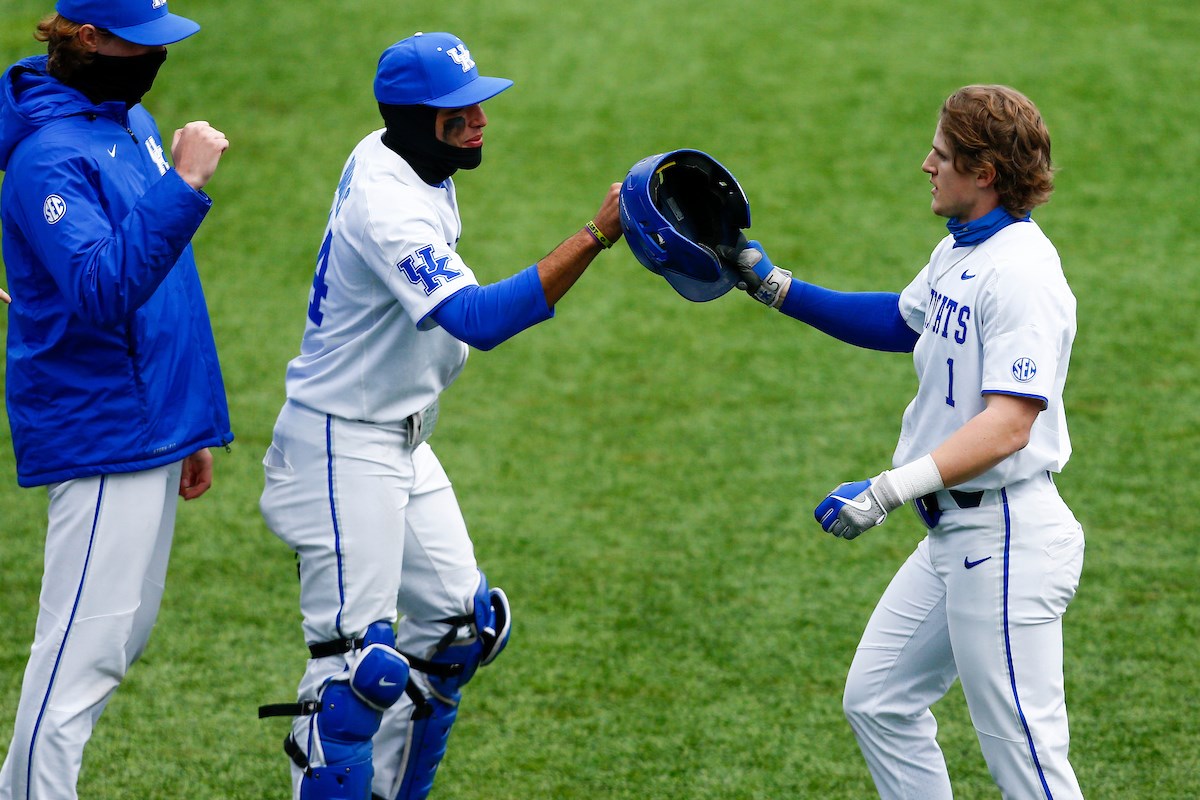 The Wildcats opened the season 4-0 behind deep lineup, strong pitching

Looking to build off a successful opening week the Kentucky baseball team returns to action Tuesday to kick off a five-game week at Kentucky Proud Park. Eastern Kentucky arrives on Tuesday for the first of two trips to Lexington this season, then Evansville makes the trip east on Wednesday.

Both games are scheduled for a 4 p.m. ET first pitch and will be streamed live on the SEC Network+/Watch ESPN platforms. The UK Sports Network will broadcast both games via radio on 98.5 FM Lexington and on UKAthletics.com.

The Wildcats (4-0) are coming off a perfect week that saw them outscore Miami (Ohio) and Milwaukee 28-6 while pushing their winning streak to 10 games dating back to last season. Ten different players recorded a hit, 11 scored a run and the lineup produced 17 extra-base hits as it deployed a deep and balanced attack. Freshman infielder Reuben Church made a notable first impression, batting .600 with a team-best five runs, five RBI and four doubles before capping his week with his first career home run in his final at-bat of the weekend.

On the mound, UK will give the ball to freshman right-hander Ryan Hagenow vs. Eastern Kentucky. The highly regarded Knoxville, Tenn. native had a most impressive collegiate debut in the Cats’ 5-1 season-opening victory over Miami (Ohio), going four scoreless innings while allowing just one hit and striking out six, including the first four batters he faced.

Single-game tickets are available for both games at UKBaseballTix.com.