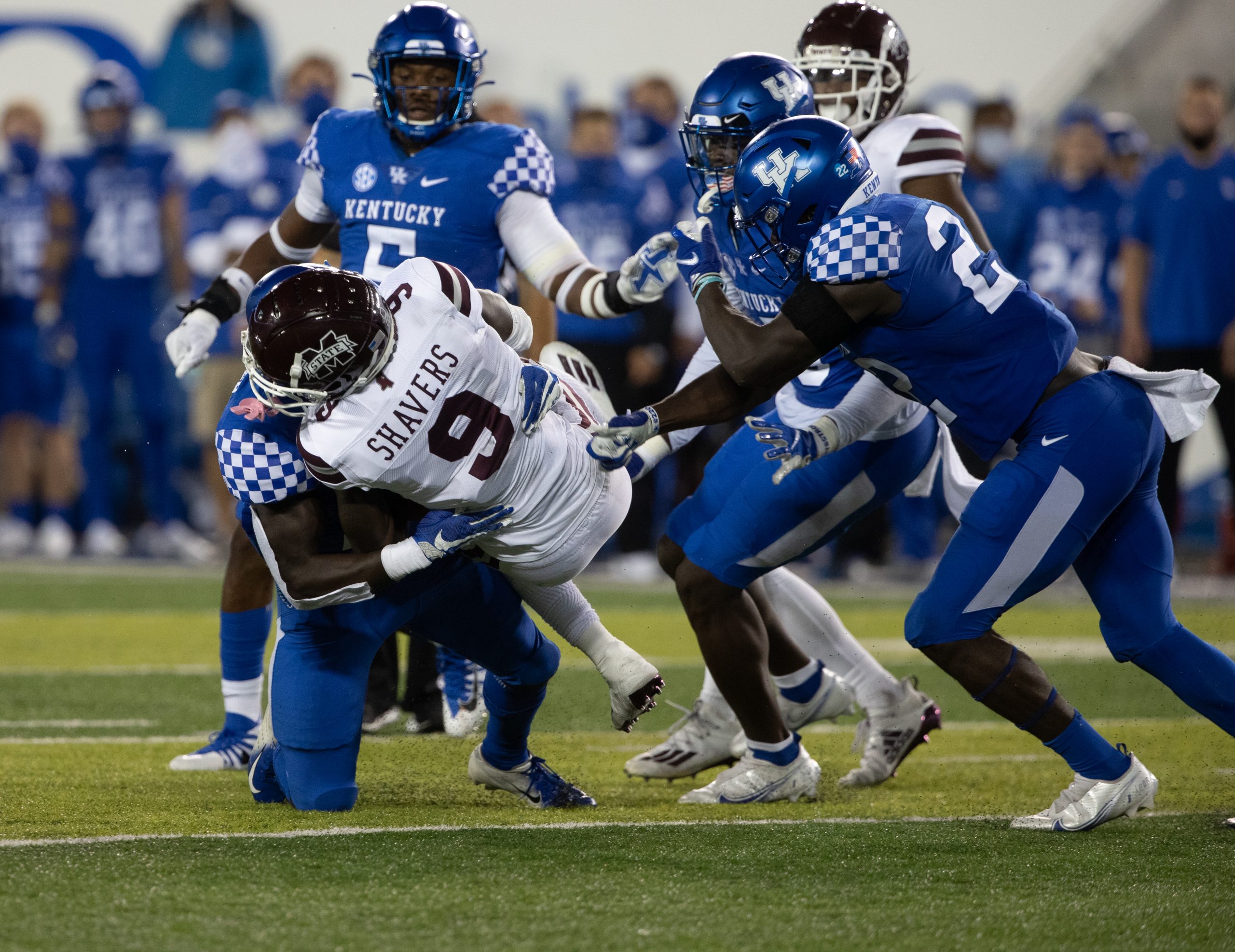 The Cats allowed just two points on Saturday, which is the fewest amount of points they have surrendered since 2009 when they shut out Miami (OH).

Saturday night’s game against Mississippi State was one of the most impressive statistical performances ever by a Kentucky defense. The Wildcats recorded six interceptions, which is tied for second-most in school history.

The first interception of the game resulted in a 76-yard return by defensive end Josh Paschal, which led to a two-yard Kentucky TD on the following play. Half of the interceptions occurred in the fourth quarter and one of those was returned for an eight-yard touchdown by linebacker Jordan Wright.

While the Kentucky defense played great against the Bulldogs, they had not played to nearly that level in the first two games of the season. Entering Saturday’s game against Mississippi State, the UK defense had allowed 71 points in two games, which ranked 61st out of 74 nationally in scoring defense. Kentucky also ranked 51st out of 74 in passing yards allowed per game.

As for the Mississippi State offense, the Bulldogs entered the game averaging 468 passing yards per game, which led the FBS. This led to a lot of discussion before the game as to whether or not the UK defense would be able to stop Mississippi State head coach Mike Leach’s pass-happy, Air Raid offense. However, the result left no doubt.

Kentucky won 24-2, and for the first time in his head coaching career, Leach’s team did not score an offensive touchdown. It was a very impressive performance by the UK defense, especially since Leach is regarded as one of the best offensive minds in the country.

The Kentucky defense stepped up and answered their critics. They have another tough test on Oct. 17 against Tennessee. The game will be played at noon and will be televised on either ESPN or the SEC Network.