Montgomery and Quickley Prove to be Difference-Makers Against Mount St. Mary’s 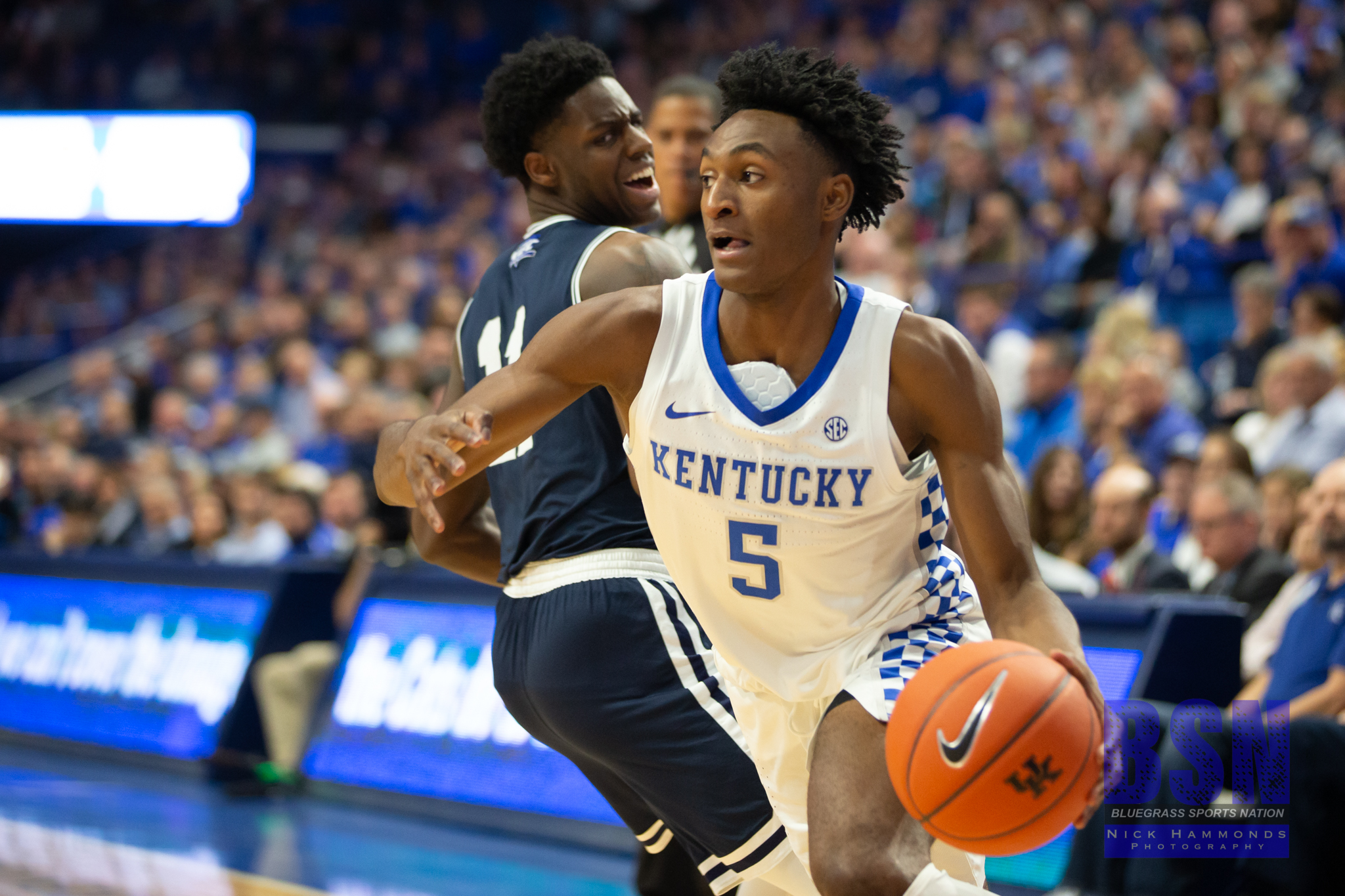 On Friday night, the Kentucky Wildcats hosted the Mount St. Mary’s Mountaineers. BBN showed out for the game as 20,351 fans filed into Rupp Arena.

Despite only leading by five points after the first half, the Cats turned on the jets and defeated Mount St. Mary’s 82-62. It was a team effort for UK as four players (Maxey, Quickley, Hagans, and Richards) scored in double figures with a shooting percentage of at least 55%. Kentucky recorded a season high 20 assists while committing a season-low 12 turnovers, the first positive assist-to-turnover ratio of the season.

Nick Richards played tremendous once again as the junior tallied 19 points on 7-of-10 shooting from the field while going 5-of-6 from the free throw line. Richards also recorded six rebounds and had three blocked shots.

After missing some time due to injuries, E.J. Montgomery and Immanuel Quickley both played productive minutes in their returns. The duo combined for 20 points on 8-of-12 shooting from the field while going 4-of-5 from 3-point range.

With Montgomery and Quickley now healthy, UK once again has exceptional depth, which is something they had been lacking over the past couple of weeks.

After the game, Kahlil Whitney was asked about the upside of having nine players in the rotation compared to just seven, to which he replied: “It was a lot better for us. We weren’t dying out there. It was great.”

Coach Calipari gave a lot of praise to E.J. Montgomery in his postgame press conference: “The guy that made the difference is E.J. You would have never known he was not playing for a while. I mean, not having him really affects us.” Calipari went on the refer to E.J. as a “difference maker.”

The whole night can be summarized by this quote from John Calipari, “We got the guys. We got enough guys. We’re not playing with seven (players in the rotation) like we did last game.” In other words, Calipari was saying that Kentucky has all the necessary pieces, but most importantly, they are all healthy once again.

In his time at UK, Calipari owns a 176-7 record when the Cats hold the opponent to 63 points or less.

Calipari holds a 246-6 record in his time at UK in games where Kentucky led by 10 or more points during the game.

Kentucky went 16-of-18 (88.9%) from the free throw line against Mount St. Mary’s which is the third straight game where the Cats have shot at least 80% from the line.

Kentucky’s next game is at home on Sunday (Nov. 24) against Lamar. The game is scheduled to begin at 6:00 p.m. and will air on the SEC Network.