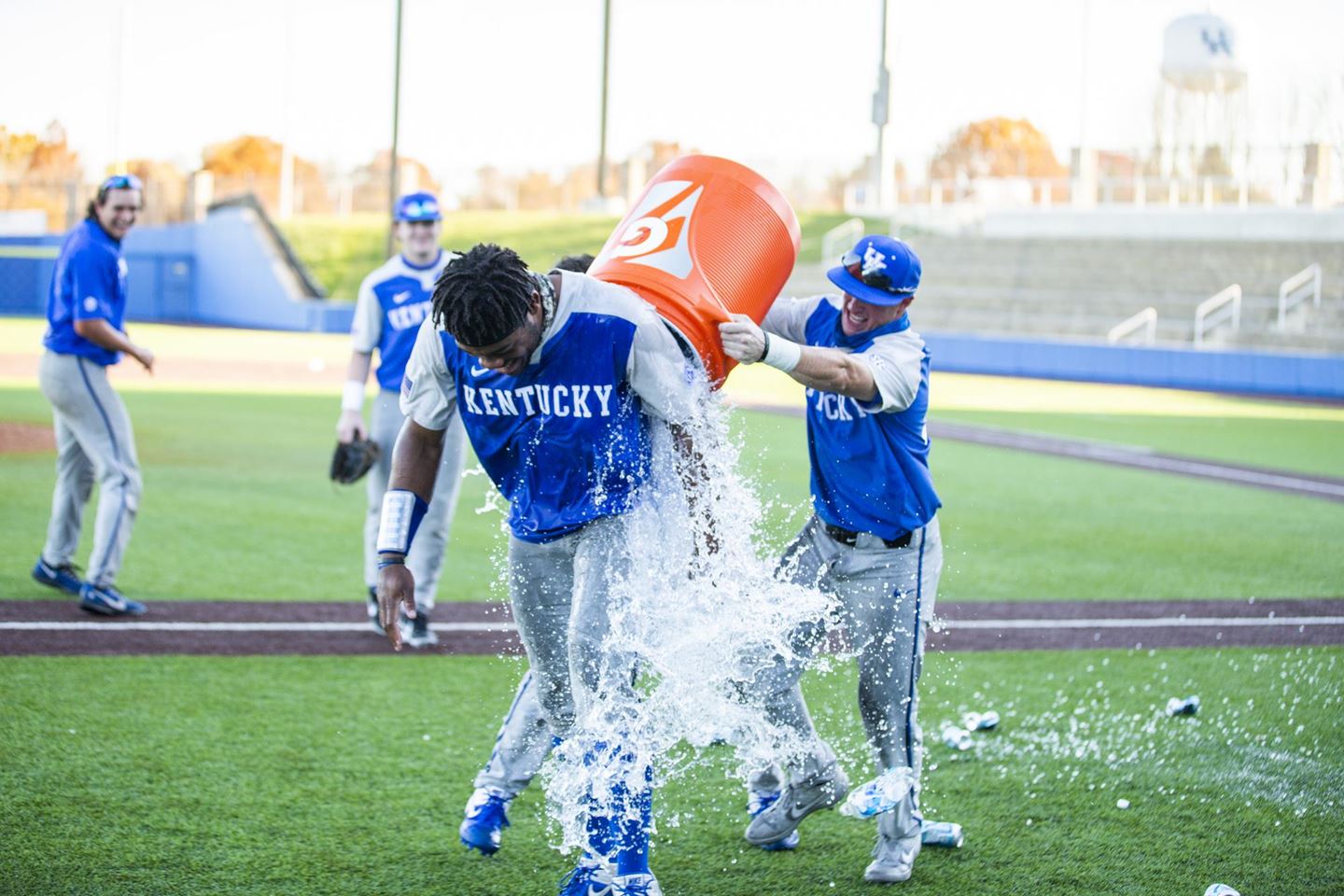 Kentucky Baseball wrapped up its fall with competitive three-game series

The Kentucky baseball team put the finishing touches on its fall practice window over the weekend with the Blue Team winning the best-of-three series against the Black Team at Kentucky Proud Park. The Blue Team grinded out a 6-4 victory on a glorious Sunday afternoon to win the series two games to one.

The highly competitive three-game series was representative of a fall that was unique and brought new challenges due to the ongoing Covid-19 pandemic. Instead of facing two outside opponents in exhibition games as it has the past two years, UK was forced to stay in-house and evaluate itself against one another.

Despite the circumstances, UK head coach Nick Mingione was excited about what he saw from his club.

“We finished up an extremely competitive fall,” Mingione said. “(I’m) so proud of the way our team has come together. (It is a) high trust, low maintenance group. Can’t wait to compete this spring!”

The Blue Team was paced by junior outfielder Oraj Anu and graduate senior T.J. Collett, who combined to bat .474 in 19 at-bats with five extra-base hits, six runs scored and six of the team’s 12 RBI. Anu was especially dominant, leading both teams in hits (five), runs (four), extra-base hits (four), total bases (12) and posting a perfect 3-for-3 day with two doubles in game three.

For the Black Team, freshman infielder Chase Estep led the way by batting .300 with four RBI and a .417 on-base percentage, while junior catcher Coltyn Kessler and sophomore first baseman Trae Harmon each homered. Junior pitcher Mason Hazelwood was excellent in his Sunday start, striking out seven and allowing just an unearned run in 5.0 innings. Freshmen right-handers Ryan Hagenow and Wyatt Hudepohl also impressed while striking out nine in their combined 6.0 innings of work.