Owsley Avenges Only Loss with 4th Quarter Comeback Over Hazard 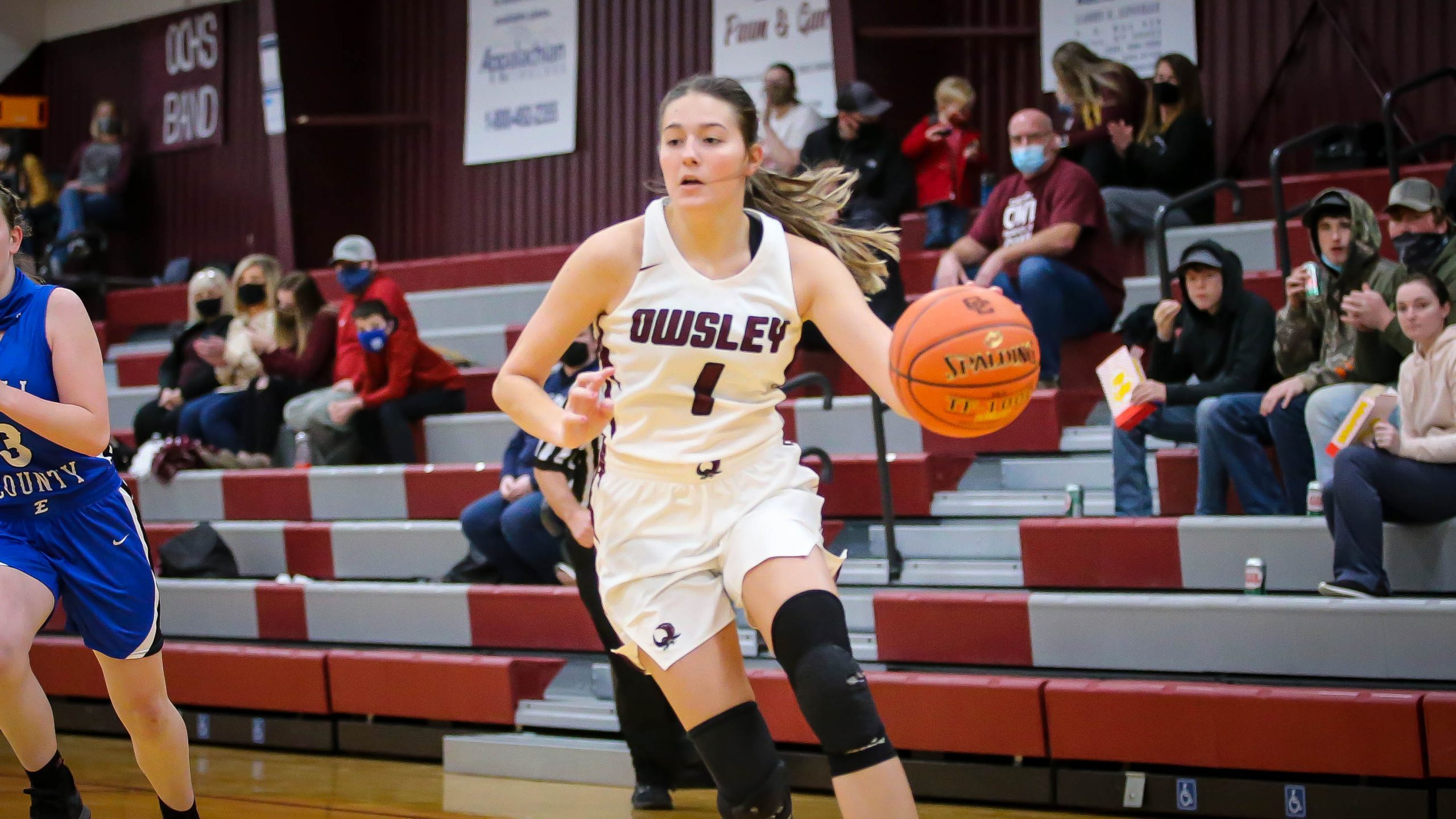 The Lady Owls made the trip to Memorial Gymnasium on Friday Night to take on the Lady Bulldogs. The game was a quick rematch of the home and home between the two teams from Hazard’s 47-40 win in Booneville on Saturday the 16th. Both teams took the floor coming of big wins during the week in which Owsley defeated defending 14th Region Champ Letcher Central on Wednesday, and Hazard defeated cross-town rival Perry Central on Thursday Night.

It looked as though Hazard would pull the double over the Lady Owls, as they entered the 4th Quarter with an 11 point lead. The Lady Owls turned up the pressure and Lexy Lynch exploded for 17 in the quarter as Owsley out-scored Hazard 26-9 to take the 66-60 win.

1st QUARTER
Both teams settled in the 1st with Hazard grabbing a 9-7 advantage. Hayley Caudill had four and Libby Danner hit a 3-pointer for the Lady Bulldogs. Lexy Lynch made he first 3-pointer and Amelia Murray had her only basket of the game for Owsley.

2nd QUARTER
Hannah Stidham hit her offensive stride in the 2nd with eight of what would be her team-high 23, and Caudill added four. Lexy Lynch added seven to her total while Carly Smith hit two 3-pointers and had eight. At the half, Hazard was up 29-22.

3rd QUARTER
Stidham added eight more in the 3rd with two 3-pointers with Caudill five, and Annie Harris four as the Lady Bulldogs put up 22 in the quarter. Kenzie Herald hit two 3-pointers for seven, while Smith has five and Lynch was six of six at the line. Headed to the final period, Hazard was ahead by 11, 51-40.

4th QUARTER
Lynch had 17 of Owsley’s 26, including two 3-pointers and six of seven at the line, with Kenzie Herald added seven including five of five from the line. Stidham had five with her fourth 3-pointer.