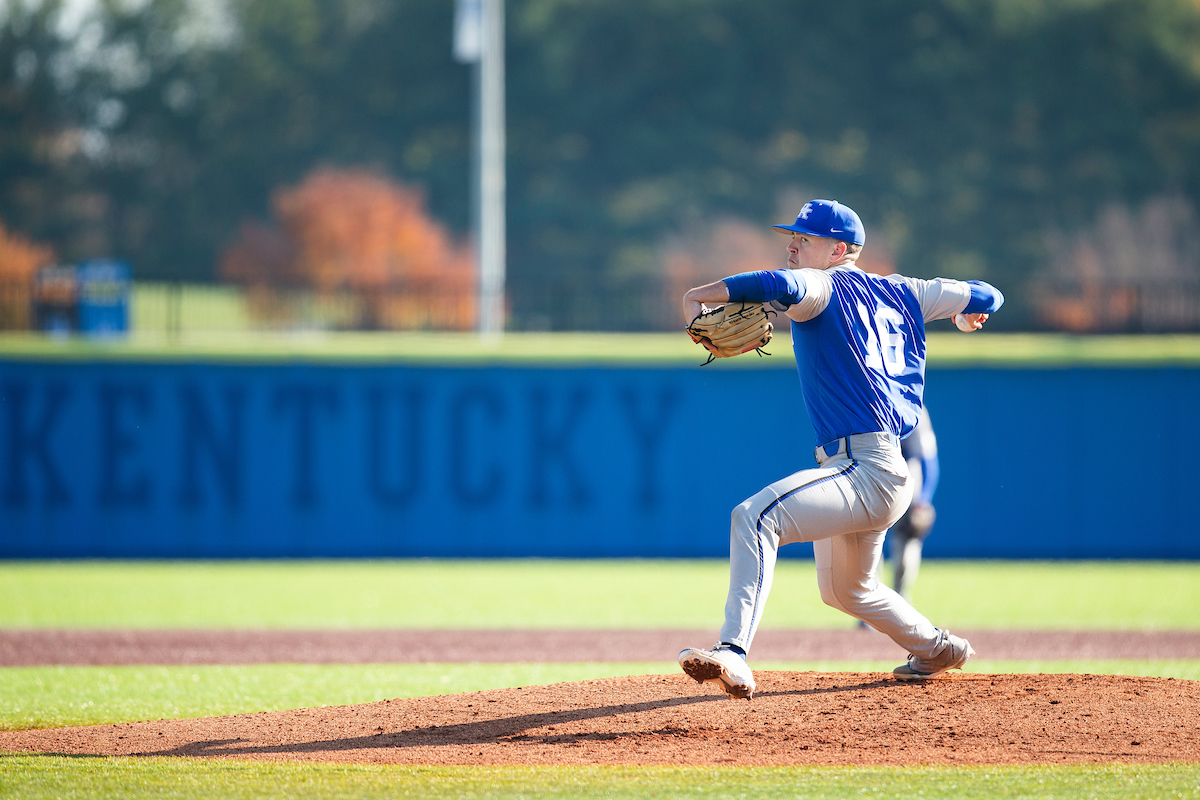 The Wildcats host Miami (Ohio), the first time a season has opened at home since 1983

When the Kentucky baseball team steps onto the diamond on Tuesday afternoon 350 days will have passed since it could look at the other dugout and see a different opponent. For the Wildcats, it has felt like a lifetime.

UK will open the 2021 season versus Miami (Ohio) at Kentucky Proud Park on Tuesday at 4 p.m. ET, the first competitive game against outside competition for the program since March 10, 2020, a 10-4 win over Western Kentucky. Three days later the season was shut down due to the COVID-19 pandemic.

“Bags were packed, we were getting ready to go to Nashville,” Mingione said of last March. “It was so fast. It was, hey, we don’t know if we’re going to play yet, don’t leave to, the series is canceled, so we practiced. In the middle of our practice, one of our staff members came up to me and said, hey coach, they just canceled Omaha.”

Although the Cats were forced to cancel their scheduled season-opening series at North Carolina last weekend the good news is the program will open a season at home for the first time since 1983. For perspective, that’s the year the Internet was created and Michael Jackson was making the ‘Moonwalk’ famous. It is the first of 18 consecutive games at Kentucky Proud Park to open the 2021 season.

Kentucky returns starters at all but one position this season, bolstering an offense that already was one of the most potent in Division I last season as the Wildcats look to support a much deeper pitching staff than a year ago.

In the pandemic-shortened 2020 season, UK ranked in the nation’s top 30 in nine major offensive statistical categories, including top 20 in hit by pitch (7th), home runs (10th), runs scored (17th), slugging percentage (18th) and scoring (20th). It continued a trend under head coach Nick Mingione and noted offensive guru Todd Guilliams, as the Cats have averaged at least seven runs per game in three of their four seasons as a staff. Anchored by seniors Oraj Anu and T.J. Collett, as well as preseason All-Americans John Rhodes and Austin Schultz, the top of the Cats’ lineup is as dangerous as any in the country.

On the mound, three accomplished veteran transfers and a freshman class full of big arms should combine with more experienced arms to give the pitching staff much more depth and an assortment of power arms. Senior left-hander Mason Hazelwood will look to build on his breakout 2020 season as the Friday night starter, while freshman right-hander Ryan Hagenow, the highest rated recruit to arrive at UK since Alex Meyer in fall 2008, leads the parade of quality young arms.

“This team is high trust, low maintenance,” Mingione said. “They’re unbelievable. They do everything they’re asked. They really like each other. We’ve been through a lot of adversity but they’ve been really fun to coach.”

Finally, they’ll get to test their mettle against someone else.