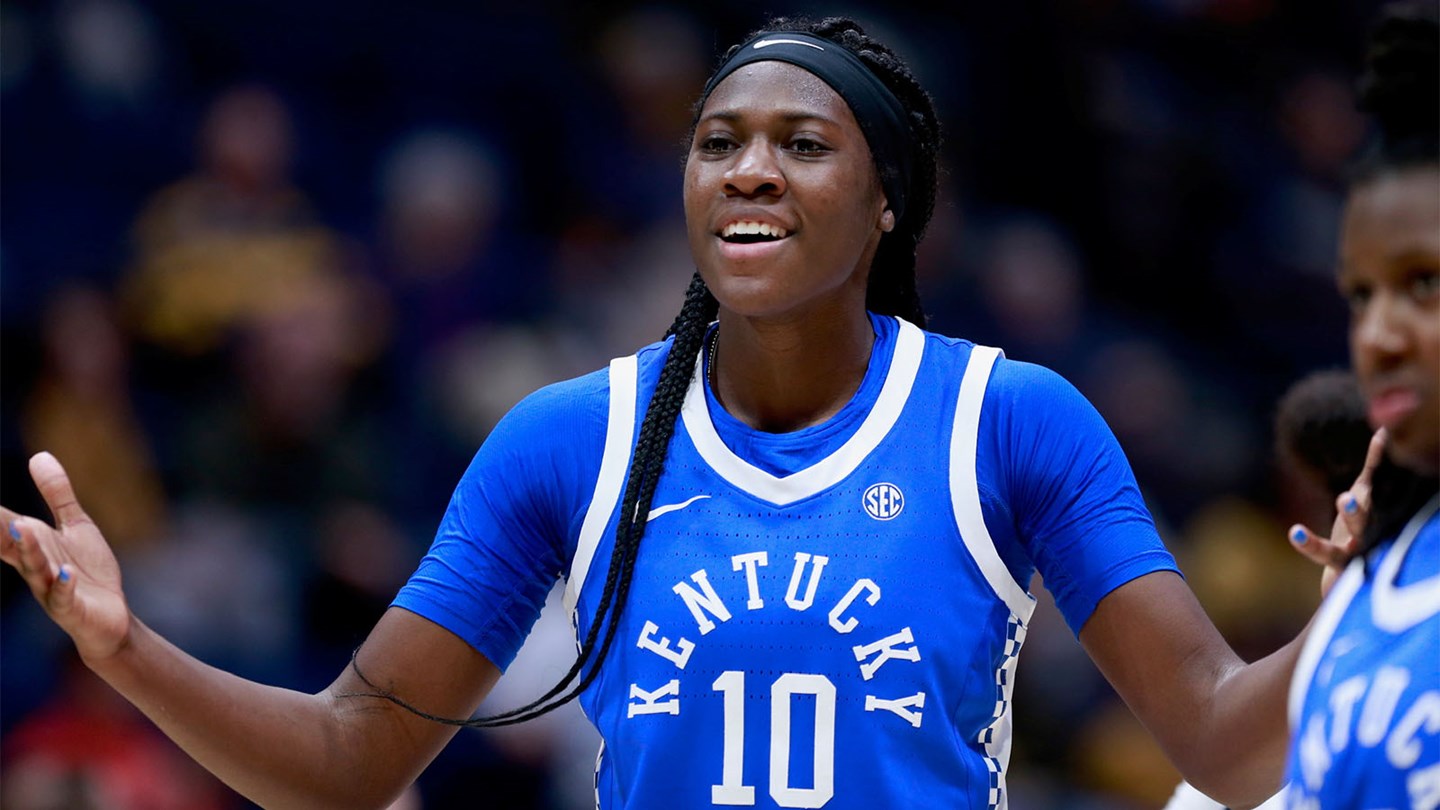 Howard, who recently missed three games due to a finger injury, was fantastic in Kentucky’s first win over a top-10 team since 2017. The guard scored a game-high 26 points against highly ranked Mississippi State adding 10 rebounds, two assists, two steals and a block. The double-double was her fifth of the season while the 20-point performance was her 15th of the year. Howard has now scored 20 or more points in 10 of her last 11 games while she has led UK in scoring 16 times this year and in rebounding 10 times. Howard’s defense was also key in the win as the Wildcats limited Mississippi State to a season-low tying 62 points including a season-low nine points in the first quarter.

The native of Cleveland, Tennessee has been named SEC Player of the Week four times this season and was espnW National Player of the Week in mid-December. Howard is on nearly every national player of the year watch list this season. Most recently, she was tabbed a finalist for the Cheryl Miller Award, which annually honors the best small forward in women’s college basketball. She has also been named to the Citizen Naismith Trophy Midseason Top 30, John R. Wooden Award Late-Season Top 20 and Dawn Staley Award Midseason Watch List establishing her as a top candidate for national player of the year.

Howard has 1,012 career points becoming the second-fastest player in program history to reach 1,000 career points. Even missing three games, Howard has scored 487 points this season which ranks 13th most in the nation and first in the SEC while her 23.2 points per game is second nationally and first in the league. Howard also ranks eighth nationally and second in the SEC with 3.1 3-pointers per game.

Kentucky will return to action Thursday at Ole Miss at 8 p.m. ET on SEC Network+ before hosting No. 1 South Carolina on Sunday for a 2 p.m. ET tip on ESPN2. General admission tickets for Sunday’s game are available online at ticketmaster.com for just $3 using the promo code Play4Kay. Fans will be encouraged at the game to write names of those effected by cancer on Play4Kay I am Fighting For cards with a display of the cards occurring in the first quarter.