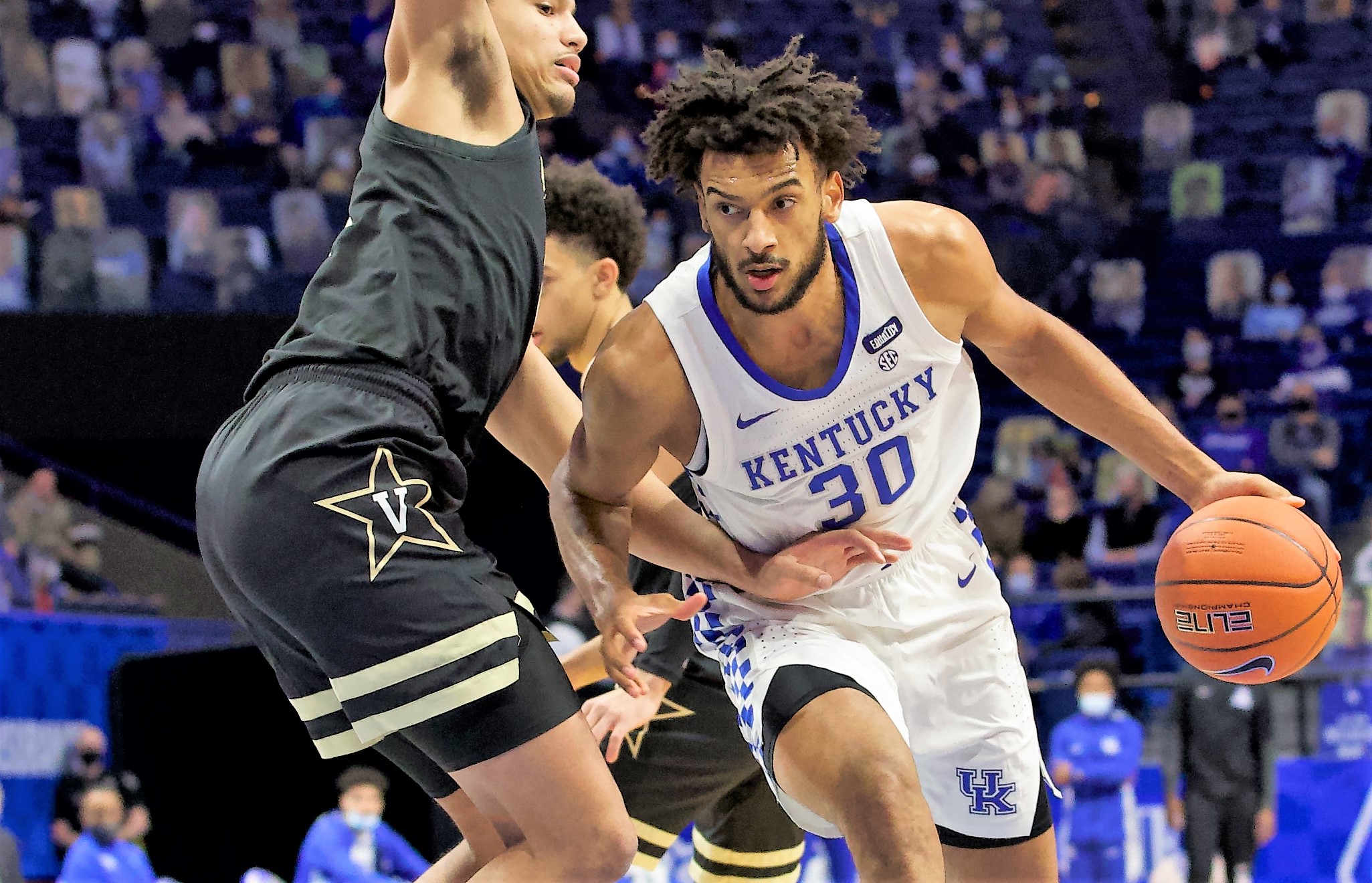 UK had just two turnovers in its victory over the Commodores.

With the victory, the Cats have won 11 of their 12 SEC home openers under Coach John Calipari.

In the first half, Kentucky led by as many as six points, but the Commodores ultimately made eight 3’s and Vanderbilt held a 40-33 lead at halftime.

UK began the second half with a 7-0 run that tied the game with 17:50 remaining. However, the Cats were unable to take back the lead for another four minutes and 23 seconds.

After the 8:14 mark of the second half, Kentucky never trailed despite the score being tied on six occasions. The game-winning shot occurred with 0:47 left to play when 6-foot-3 guard Davion Mintz hit a 3-pointer.

While Calipari’s team went 26-of-32 from the free-throw line, the Commodores countered by going 10-of-27 from 3-point range, outrebounding UK 42-29, and having four players score at least 16 points.

Olivier Sarr played particularly well for the blue-and-white. The 7-foot-0 senior forward went 14-of-17 from the free-throw line and finished the game with 24 points and seven rebounds.

Redshirt freshman guard Dontaie Allen, who is the reigning SEC Freshman of the Week, was the Cats’ second leading scorer with 14 points.

The Cats’ next game is scheduled to be at Florida on Saturday, Jan. 9 at 5:00 p.m. The game is slated to be televised on ESPN.