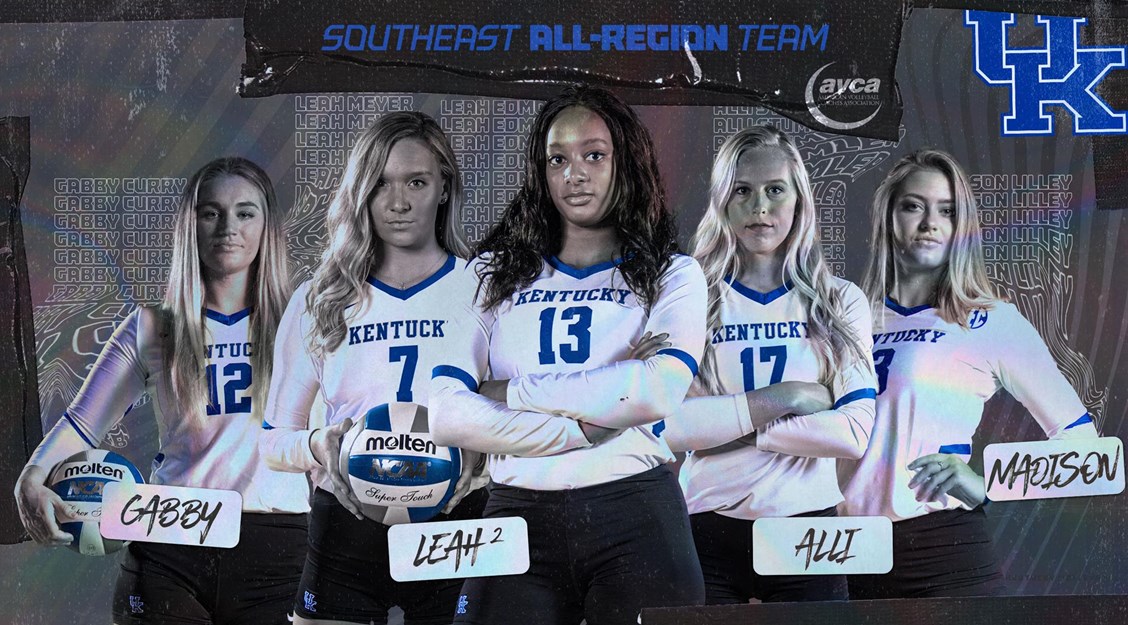 Craig Skinner Coach of the Year, Leah Edmond Player of the Year in the region

By virtue of being named to the all-region team, all five players are now eligible to be named AVCA All-Americans when the announcement is made by the organization on Wednesday, Dec. 18.

For Skinner, it is his second year in a row winning AVCA Regional Coach of the Year honors. 2019 marks Edmond’s second-career AVCA Regional Player of the Year award, with her first coming in 2017. Last year, Lilley was the regional player of the year meaning UK has won the award for three years running.

Edmond, Lilley and Curry are all now multiple-year winners of the all-region selection, with Stumler winning for the first time after being named honorable mention a season ago. Edmond wins it for the fourth time in four years, Lilley has been selected for her third in three years and Curry for the second time in her three years as a Wildcat. For Meyer, it is her second time being named all-region as she was an AVCA All-East Coast Regional winner a season ago with Duke.

Kentucky will travel to Waco, Texas this weekend to compete in the NCAA Regionals. The Sweet 16 gets underway on Friday at 2:30 p.m. ET against No. 8 Washington with the winner advancing into Saturday’s regional final at 4 p.m. ET against the winner of Baylor and Purdue.