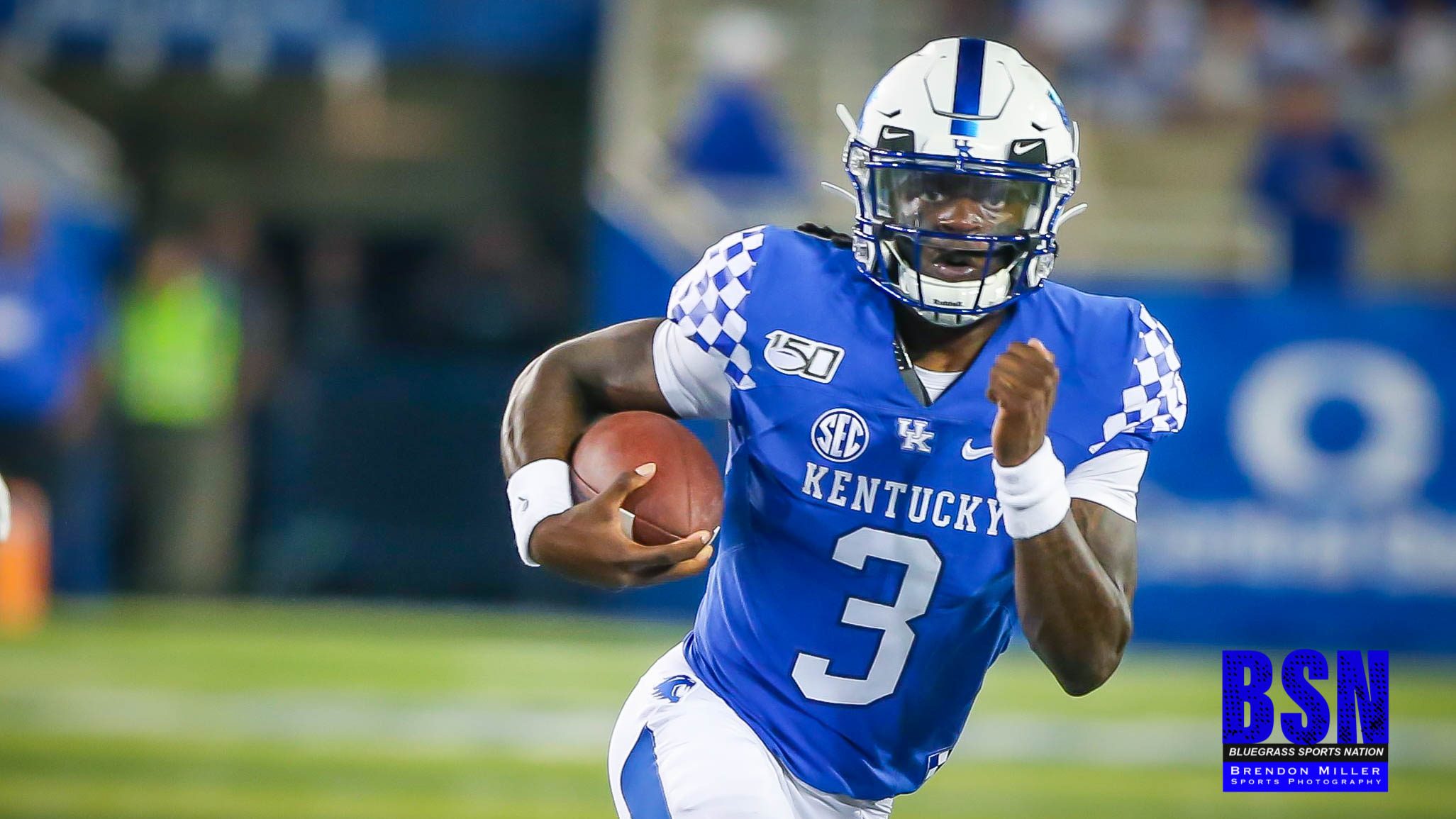 With Terry Wilson being carted off the field with a lower leg injury after taking an illegal hit, there is a possibility that Sawyer Smith will see significant time as a starter. Smith transferred to Kentucky from Troy during the off-season. Last season, Smith went into the season as the backup quarterback for Troy. An injury to the starting quarterback led to Smith stepping into the starting role for seven games. In that time, Troy’s record was 5-2.

It appears Smith might once again be called on to replace the starting quarterback for an extensive period of time. Upon entering the game, Smith threw for 76-yards and two touchdowns, while going five for nine. The truth of the matter is, Smith is a very good backup quarterback who is very experienced and played well when called upon last season. Mark Stoops, his team, and BBN might have to rally around the junior quarterback, but here’s hoping the best for Terry Wilson.

2. Lynn Bowden was used in a Randall Cobb-like way

Lynn Bowden was targeted 14 times and hauled in seven receptions for 54-yards and a touchdown. Bowden also had two carries for 17-yards. Bowden even took a couple of shotgun snaps out of the Wildcat, once throwing the ball out of the formation to Terry Wilson on a 32-yard gain. Beyond all of that, Bowden returned punts and kickoffs. Bowden had one punt return for 29-yards and one kickoff return that went for 37-yards.

It is good to see offensive coordinator Eddie Gran being creative and finding a number of different ways to get the ball to Bowden. Tonight’s performance was similar to those Randall Cobb used to have during his time as a Wildcat. Bowden is a special talent, and it is good to see him getting so many touches.

3. Is it Wagner or Flagner?

Despite drawing multiple defensive pass-interference penalties, three, I think, against the Eagles, Wagner was still able to haul in three receptions for 71-yards and a touchdown on three targets. Wagner has established himself as a force that will be hard to contain throughout the rest of the season.

Smoke is just a redshirt freshman and he is already showing great potential. It is worth noting, along with Smoke’s emergence, Chris Rodriguez saw no carries last night. Rodriguez fumbled twice in the season opener, which would appear to be the reason for his lack of carries last night. But the point remains, Smoke is very talented and has a bright future.

5. The Cats appear to be lacking a pass rush.

Without Josh Allen, it’s no surprise that Kentucky’s pass rush isn’t where it was a year ago. Kentucky only tallied two sacks, while only registering four hurries. The sacks came from outside linebacker Jordan Griffin and strong safety Jordan Griffith. The front seven accounted for just one sack, while the defensive line had zero. The lack of a pass rush will make it that much harder on Kentucky’s inexperienced secondary. The Cats had four sacks against Toledo, so hopefully last night’s performance was just a blip.