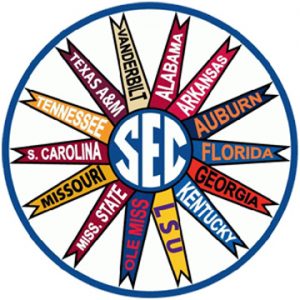 Birmingham, Ala. – South Carolina was predicted to win the 2018 Southeastern Conference women’s basketball championship in a voting of a select panel of both SEC and national media members.

The Gamecocks enter the 2017-18 campaign as the reigning national champion and the four-time reigning SEC regular-season champions. The Gamecocks return two starters in A’ja Wilson and Tyasha Harris among their six letterwinners.

South Carolina tops the order of finish, with Mississippi State, Missouri, Tennessee, Texas A&M, Kentucky and LSU rounding out the top half the league. Georgia, Alabama, Auburn, Vanderbilt, Florida, Ole Miss and Arkansas round out the bottom half.