What You Need to Know About 5th Round Bengal – Khalid Kareem 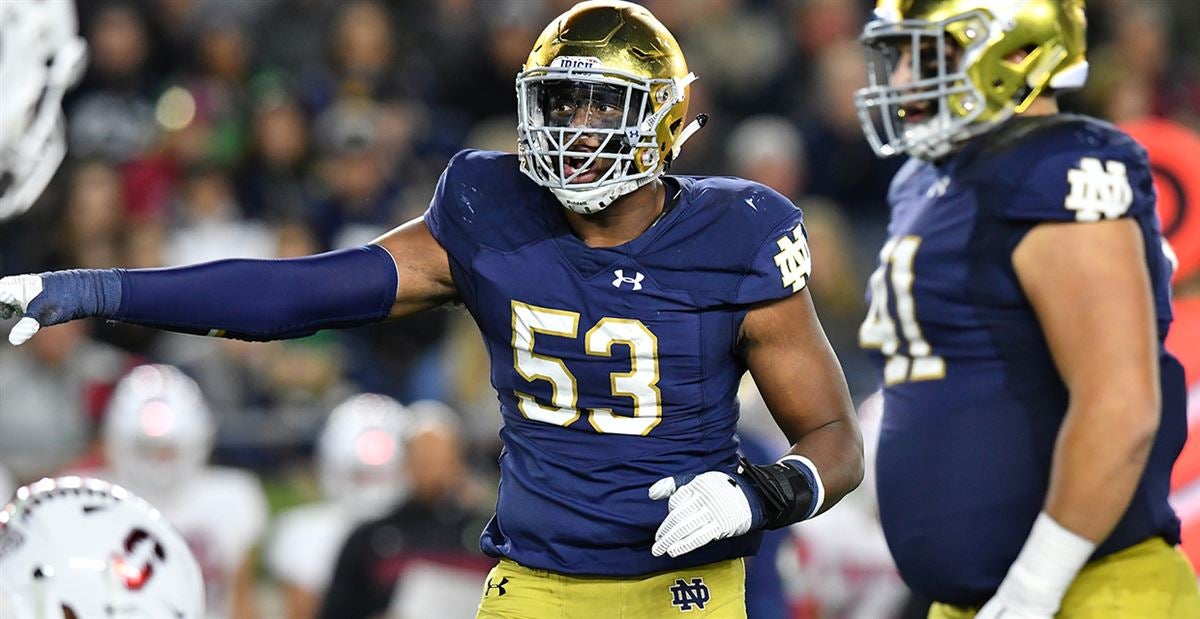 With the 147th pick in this year’s NFL Draft, the Cincinnati Bengals selected defensive end Khalid Kareem. The 6-foot-4 265 lb. defensive end tallied 20.5 tackles for a loss in his final two seasons with the Fighting Irish which included 10 sacks. Kareem is a very versatile player who even contributed to Notre Dame in pass coverage with eight passes defended.

Another dimension of his game is his ability to force turnovers. In his final collegiate season, Kareem recorded three forced fumbles, recovered one fumble, and even scored a touchdown.

Experts question his lateral quickness, closing speed, and his flexibility as an edge rusher. With that said, he’s got great size and fills a position of need for the Bengals since Carlos Dunlap is entering the final stages of his career.

Stay tuned with BSN throughout the draft as we’ll have an article summarizing each Cincinnati draft pick.