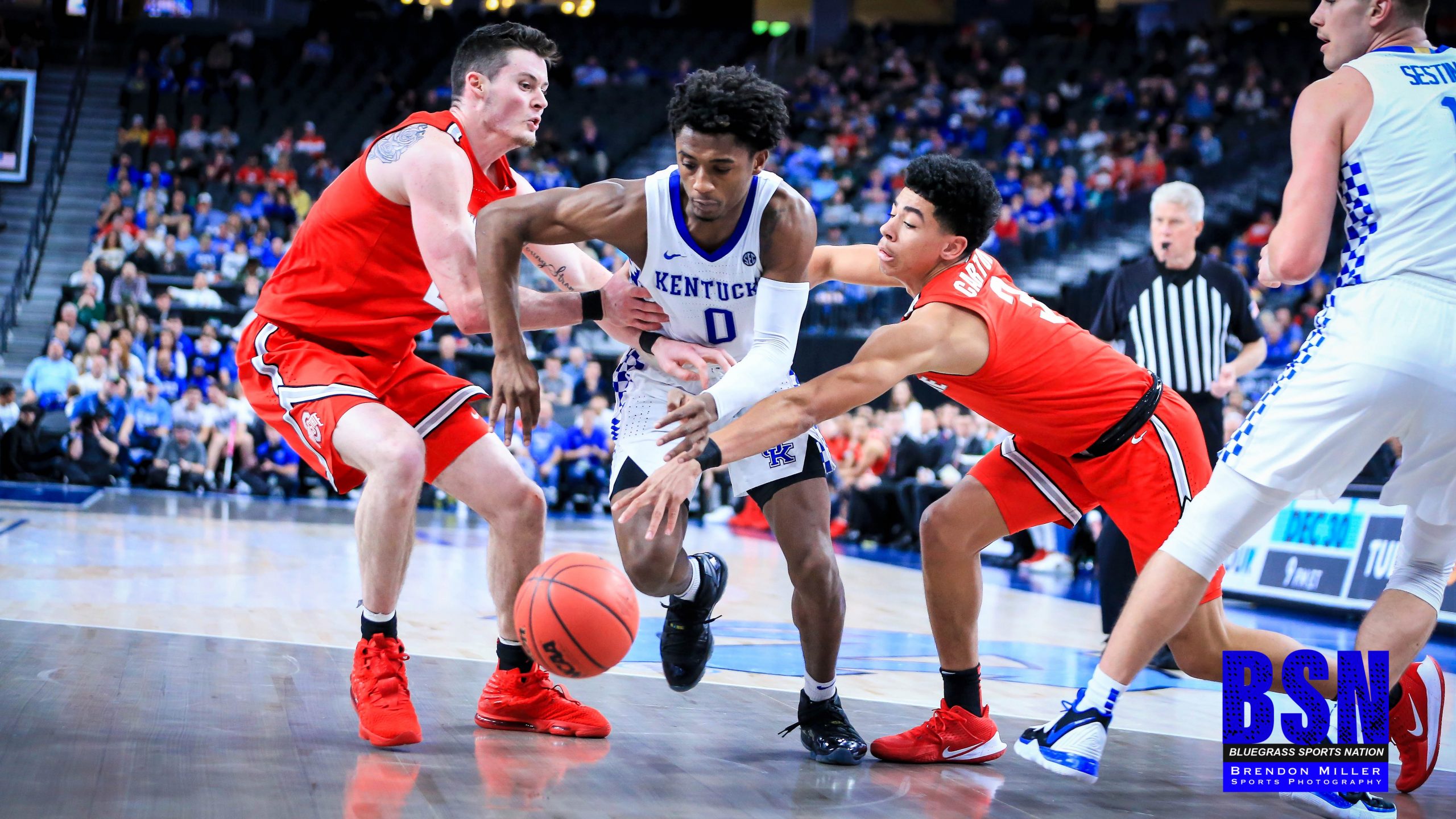 The Wildcats (8-3) suffered a second straight setback of the two-game road trip to Las Vegas with a 71-65 loss to the Buckeyes. Kentucky suffered a 69-66 loss to unranked Utah last Wednesday night at T-Mobile Arena.

“We put ourselves in a position to win the game, but we just didn’t pass the ball,” Kentucky coach John Calipari said. “We’re opening up the court to drive people because everybody will collapse and when they did collapse, we shot it anyway. We’re still learning.”

Ashton Hagans led Kentucky with 14 point for his ninth double-figure game of the season. Hagans added nine assists and the sophomore point guard has recorded at least six assists in the past nine games.

“I feel like we had a lot of energy starting off the game, finishing too, but we just messed up on certain parts, but now we got a couple days to fix that when we get back from this break, just ready to get back to work,” Hagans said.

In his second game back from a fractured wrist, Wildcats senior Nate Sestina followed Hagans with a season-high 17 points. Sestina drained five 3-pointers, which also were a career-high for the former Bucknell standout, who returned to the lineup in a loss to the Utes earlier this week.

“Coming back my first game from injury, I was kind of tentative, didn’t want to put my hand out there in passing lanes and getting rebounds,” Sestina said. “I talked with our coaching staff and they said, you just have to forget about it and play. That’s what I tried to do that today”

Calipari was pleased with Sestina’s outing.

“We fought (and) we tried,” he said. “Thank God we had Nate. I think we put ourselves in a position where we had a chance to win, we just wouldn’t pass the ball. We’re still, we’re opening up the courts to drive people because everybody will collapse and they did collapse and we tried to shoot it anyway.”

Ohio State (11-1) used a 3-pointer down the stretch by CJ Walker and connected on four straight free throws in the final seconds to hold off the Wildcats. The win was the Buckeyes’ third victory over a Top 10 opponent this season.

“I think we played fearless in those games. I think that’s important for your guys to play loose and fearless, understand it’s not going to be perfect,” Ohio State coach Chris Holtmann said. “You’ve got to have players that are gutsy enough to do that. I thought we responded to the emotion of the game.”

The Wildcats will get four days off for the Christmas break before returning to practice for Saturday’s contest against Louisville.

(The break is) good for me, I know that,” Calipari said. “I don’t know if it’s good for them. Nine of them are already going to the airport, going separate ways home. … I grabbed each of them individually and talked to them and just told them, maybe gave them a critique a little bit but I said, go have fun with your family, we’ll deal with it when we come back. We do this every year. The NCAA’s made it not an option any more. You got to take four days. We always took four days.”