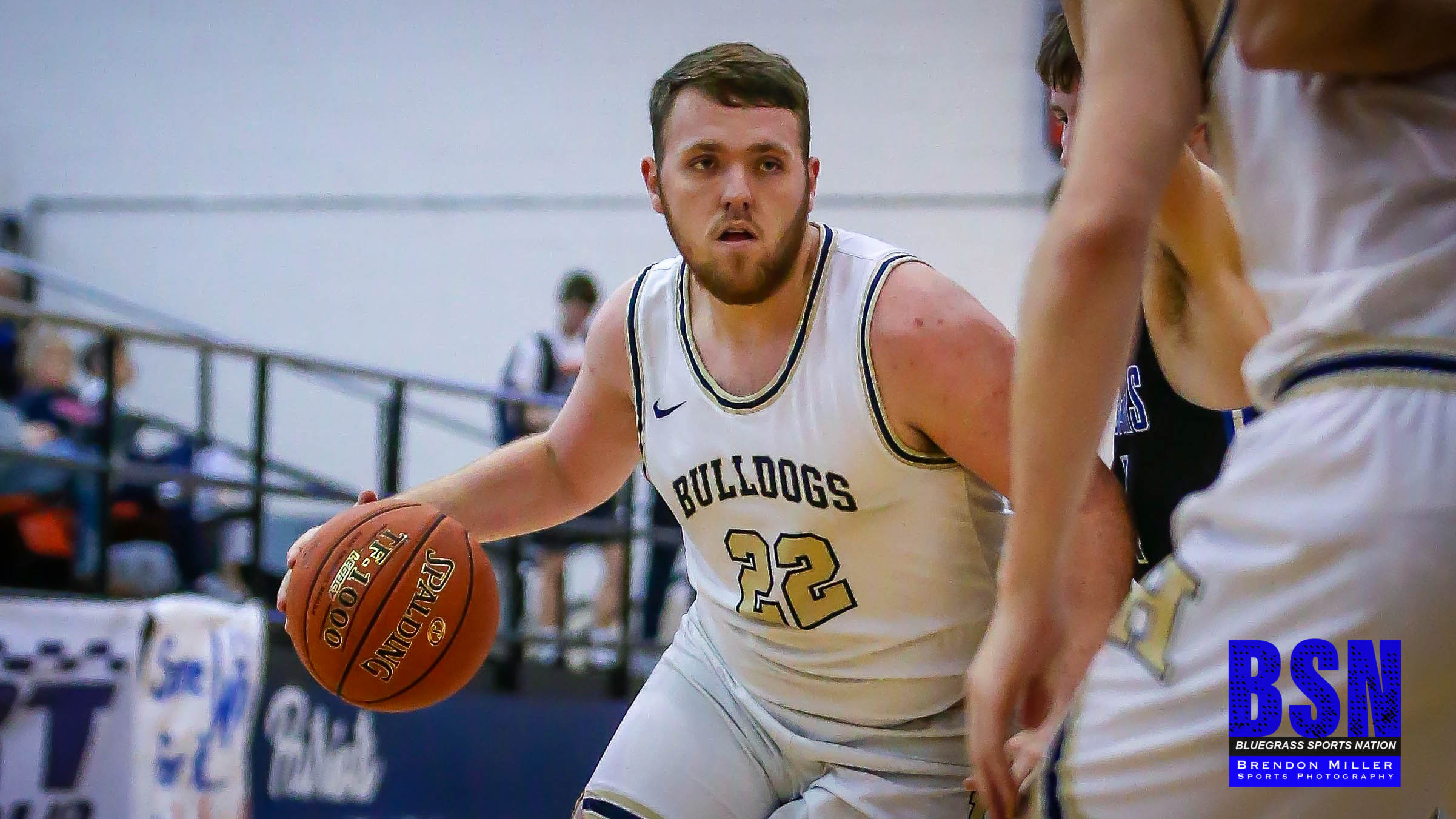 Hazard put any doubts about the outcome to rest in the 1st quarter of this one through defensive intensity and offensive rebounding. The Bulldogs’ paint presence of Seniors Logan Hall and Reece Fletcher fueled a decisive Quarter that ended with Hazard on top 17-5. Hazard extended the lead in the 2nd Quarter outscoring the Cougars 17-9 to set the halftime tally at 34-14.

Wade Pelfrey was outstanding, with 10 points, 10 rebounds and 5 assists. Hazard won the battle of the boards 43-19.

Senior, Ryan Lebrun ended his career with 13 to lead the Cougars.

The 14th Region Championship Game will tip at 7:00 PM on Tuesday Night and you can watch the LIVE Facebook Webcast on BSN with Brendon Miller, John Noble and Ty Back on the call.