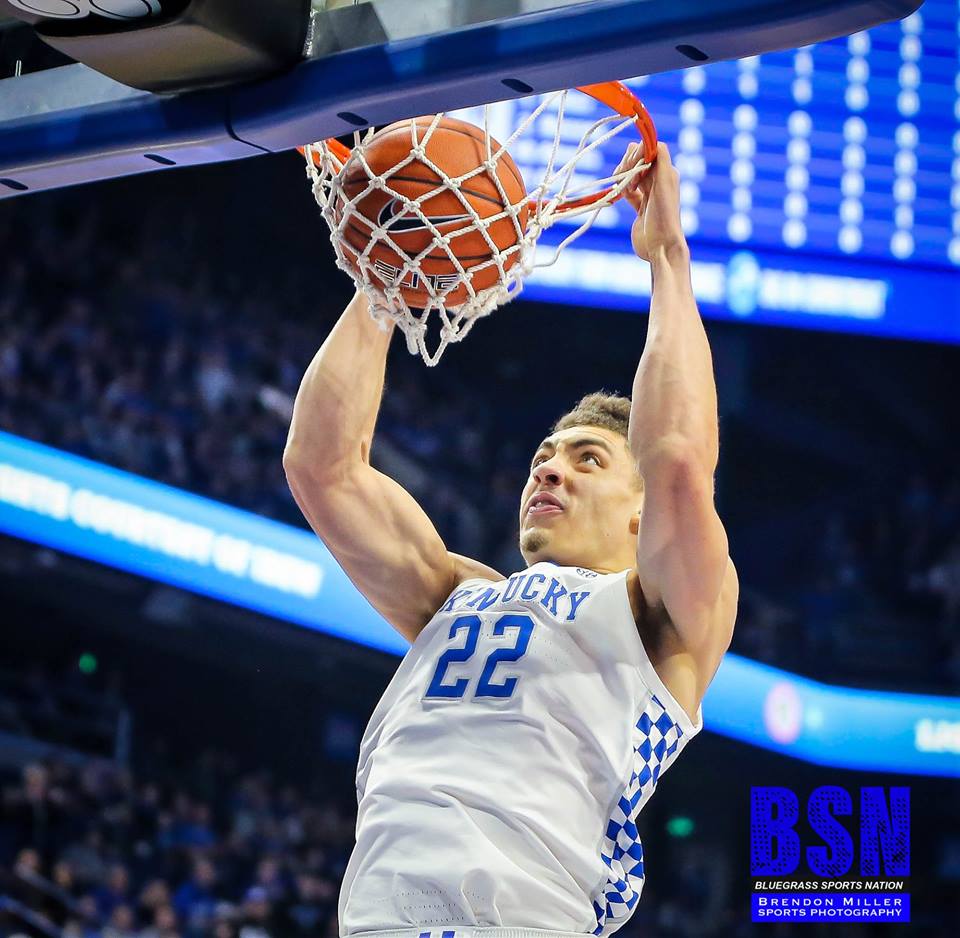 The Kentucky Wildcats (6-1) played the UNCG Spartans at Rupp Arena in their first ever meeting tonight. The Spartans looked like a tough opponent on paper. They won their last game against Greensboro College 111-33. They also gave the #23 LSU a good game losing in a small margin 97-91. It was evident that the Wildcats would have to play better defense they have been to beat an offensive oriented team like UNCG.

It didn’t take long for the Wildcats to get a taste of UNCG’s offense. The Spartans scored the first five points of the game. UNCG’s Francis Alonso had a terrific first half, scoring 11 of UNCG’s first 13 points and he ended the half with 19 points. After being down early the Cats took the lead, thanks to a 10-0 run, but a flurry of questionable calls allowed UNCG to take the lead back at the end of the half 40-37. Reid Travis lead in both scoring and rebounding for the Wildcats in the first half with 10 and 6.

The second half didn’t start anything like the beginning of the game. Neither team shot well with UK starting 2 for 10 and UNCG starting 1 for 6. The game was looking bleak for the Wildcats until an and-one play by Ashton Hagans gave them their first lead with 10:28 to play in the game. The game was still in question, however, until the Cats were able to make a final 8-0 push thanks to 6 straight from Keldon Johnson. What seemed like a game that was going to go down to the wire ended as a 17-point victory for Kentucky, 78 to 61.

Travis Reid was the leading scorer for UK with 22 points and the leading rebounder with 12. Ashton Hagans deserves credit for his role in the victory. Hagans’ defensive assignment in the second half was to guard UNCG’s Francis Alonso, who had the hot hand in the first half. Alonso only scored 3 points in the second half due to Hagan’s great defense.

The Wildcats will have a week of practice before traveling to New York to take on Seaton Hall. It is a 12:00 p.m. tip and can be watched on FOX.