CATS Dominate Abilene Christian 79-44 to Advance to 2nd Round 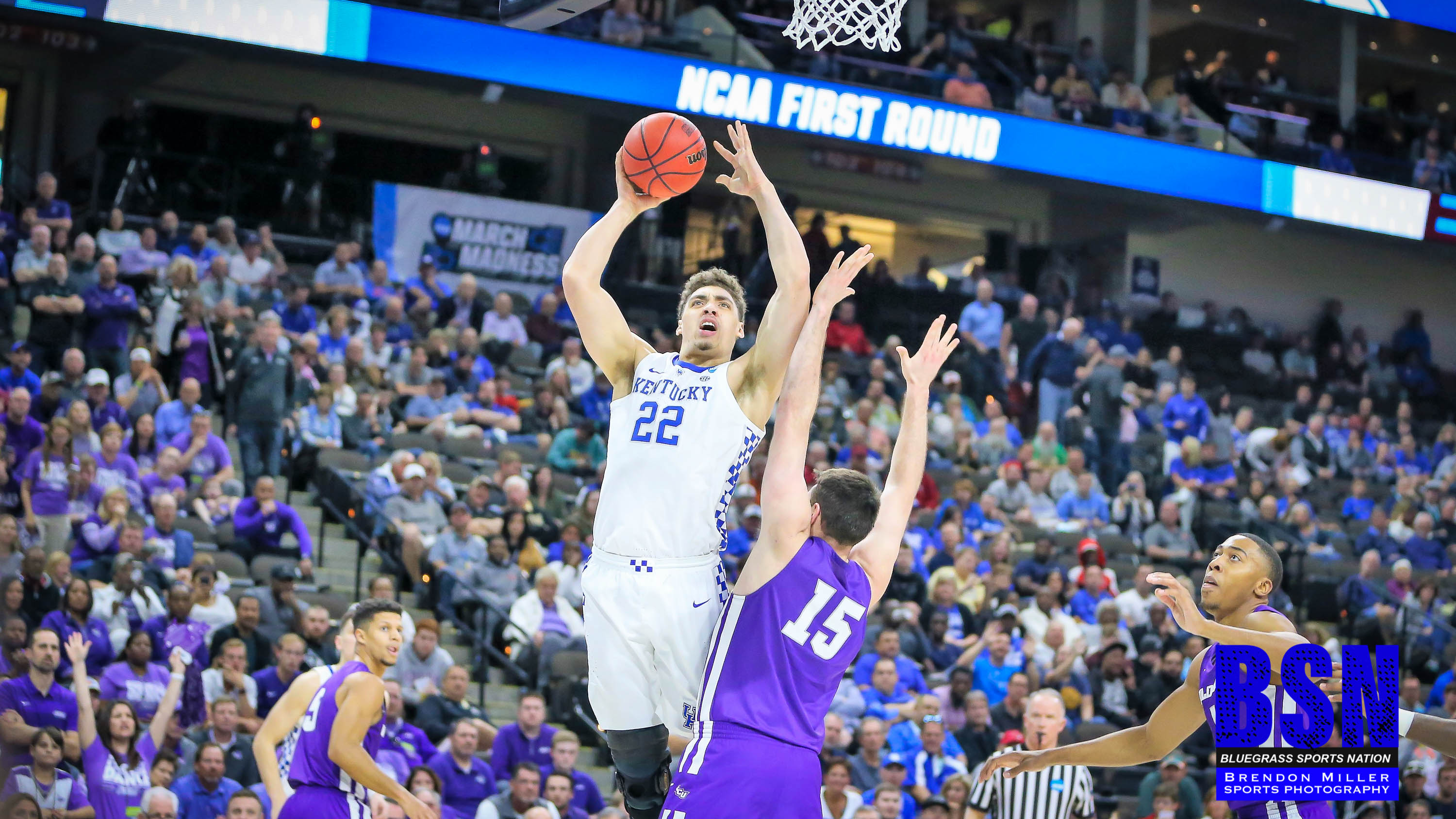 Kentucky opened the NCAA Tournament with first time opponent the Abilene Christian Wildcats.  Abilene won the Southland Conference Tournament while Kentucky was coming off a disappointing loss to the Tennessee Volunteers in last week’s SEC Conference Semi-finals.  Kentucky entered today’s contest a heavy favorite against Abilene, who is competing in the NCAA Tournament for the first time in program history after being a powerhouse in NCAA Division II basketball for years and only moved up to the Division 1 Level during the 2013-2014 season.  Both teams had a 27-6 overall record.

Earlier today Kentucky received devastating news that SEC First-Teamer and the player named to multiple All-American teams, P.J Washington would be unable to compete in tonight’s game against Abilene.  Washington was forced to wear a hard cast due to an ankle injury suffered against Tennessee in the SEC Semi-finals.  The Big Blue Nation hopes of capturing the School’s elusive ninth NCAA Basketball Championship will need a healthy and complete team to win the Championship.

From the opening tip of the game, Kentucky was in control, being the superior team.  Kentucky jumped out to a commanding eight to zero run to open the game.  Tyler Herro competing in his first ever NCAA Tournament was incredible in the first half making shots from all over the court and at one time went five for six shooting the ball scoring ten points and three rebounds.  Reid Travis was also impressive in the first half when the talented forward took advantage of mismatches in the post.

In the closing minutes of the first half, Kentucky finished the half with a thirteen to one run and led ACU by twenty- six points at the half, 39-13.  Herro and Travis finished the half tied with twelve points each, while Keldon Johnson contributed to the margin with ten points.  Kentucky was firmly in control of the game and was on track to advance to the round of 32 in the Mid-West Region.

Kentucky maintained a commanding twenty to twenty -five-point advantage throughout the rest of the game.  Abilene was able to score the ball better in the second half but couldn’t keep pace with the CATS.  Johnson was phenomenal in the second half multiple three point shots and being aggressive attacking the rim.  The tightest the margin got during the second half was twenty-two points and that happened early in the second half.  Kentucky goes on to defeat Abilene Christian 79-44 advancing to the Round of thirty- two in the NCAA tournament.

Kentucky had a balanced scoring attack with three players finishing the game with double figures.  In the absence of P.J. Washington, Johnson stepped his game up finishing with a game high twenty-five points and grabbing six rebounds.  Travis was great finishing the game with eighteen points and nine rebounds.  Herro also played a great game finishing with fourteen points.  Other CATS scoring in the game include EJ Montgomery 3 points, Ashton Hagans four points, Nick Richards eight points, and Jemarl Baker with seven points.

For Abilene who had a stagnant offense during the majority of the game had one player reach Double figures Jaren Lewis who finished the game with seventeen points.