CATS Down Wofford, Headed to Sweet 16! 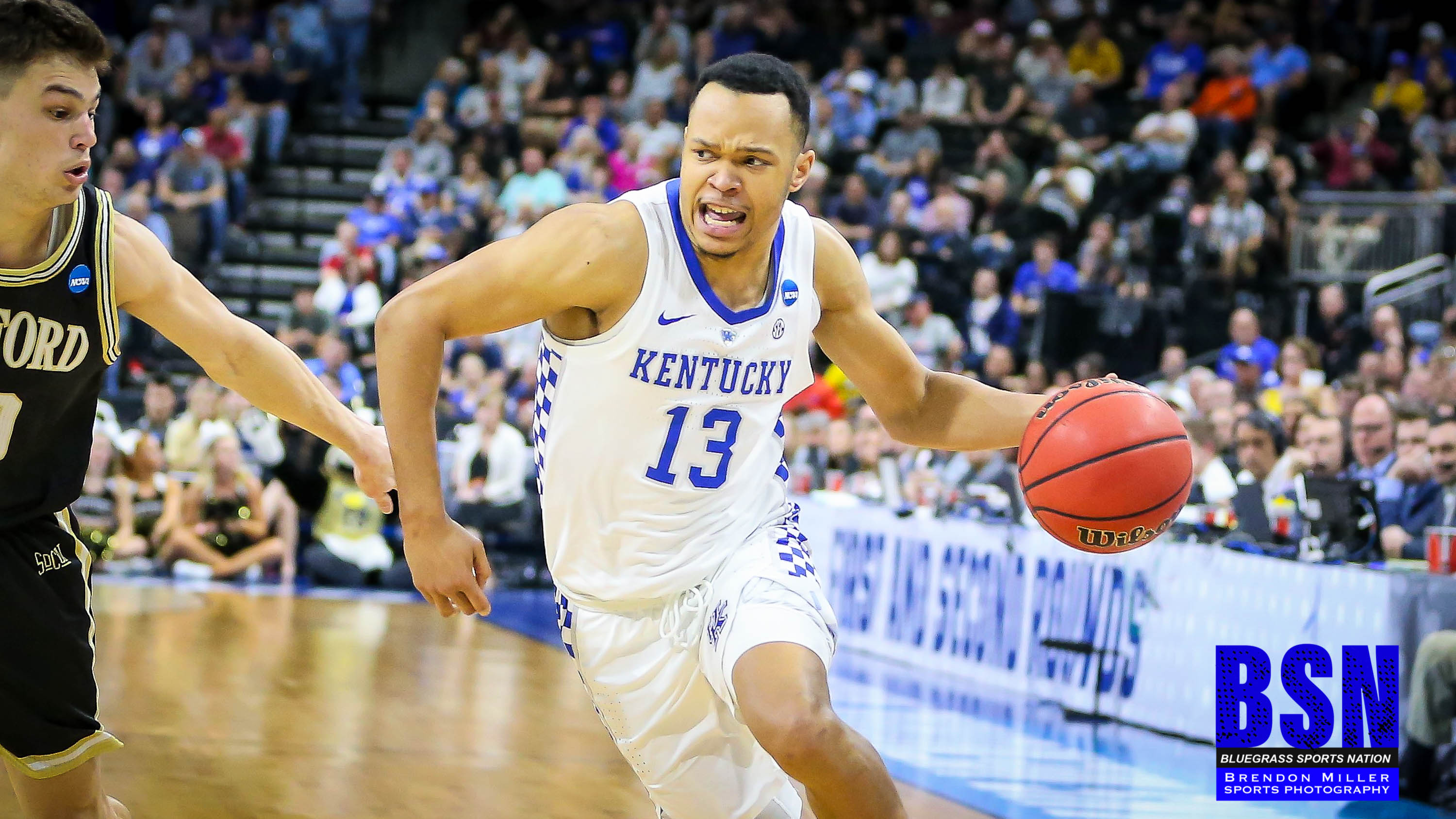 Reid Travis posts Double-Double of 11-14 to help send the CATS to the SWEET 16!!

Kentucky’s quest to capture the school’s elusive 9th NCAA Championship continued today as the CATS took on the Wofford Terriers with a trip to the NCAA Sweet 16 on the line.  Wofford came in on a 21 game win streak as one of the hottest teams in the country.  The Terriers have captured the hearts of Basketball fans across the country being considered the Cinderella of this year’s Tournament.  The CATS registered a 35 point victory over Abilene Christian University on Thursday to get to the 2nd Round.  Wofford’s win over Seton Hall was much closer with the Terriers pulling away late defeating the Pirates by 16.

Wofford opened the game with a five to zero run over Kentucky.  E.J Montgomery put the CATS on the board with a jump shot.  In the opening minutes of the game Kentucky looked flat and Wofford played like the team with nothing to lose.  Kentucky trailed Wofford eight to four with 14:25 remaining in the first half. After the initial run the CATS start to settle down and Nick Richards lob dunk from Ashton Hagans tied the game at eleven.   Wofford increased the lead back to five points when Matthew Pegram drove to the basket scoring two points.  UK responds with the next four points Keldon Johnson making two points and Tyler Herro adding two points.  Wofford led Kentucky 16-15 with 7:41 remaining in the half.

Wofford continued to build on the lead growing the lead to six points 24-18 with 3:38 remaining in the half.  Wofford was also shooting 50 % from behind the ARC being five for ten, UK struggled to score from behind the ARC being zero for six from three- point attempts.  Kentucky stayed in the game with the play of Reid Travis, Travis was a force on the boards grabbing multiple offensive rebounds.  Travis’s two points in the post cut the Terrier lead to four points.  Kentucky tied the game at twenty- four when Hagans stole the ball and finished the play with a layup on the other end. The CATS finish the first half on a ten to two run.  Hagans stepped his game up being aggressive defensively forcing turnovers and getting into transition.  Reid Travis knocked down two free throws in the closing moments of the half, UK takes a twenty-eight to twenty-six lead at intermission.

The teams trade baskets the next couple of possessions.  Kentucky led Wofford 52-46 with 6:30 remaining in the game.  Wofford’s Hoover inched the Terriers close with a made three-point basket cutting the UK lead.  UK responded with a Herro made three-point basket, pushing the lead back to six points with under four minutes to play.  Kentucky grew the lead to seven points when Nick Richards connected on the second of his free throw attempts.  In the closing minutes of the game, and with the CATS up four points.  Wofford was forced to foul as the CATS worked the clock.  Travis and Herro each knocked down a pair at the stripe to send the CATS to the Sweet 16. Final: CATS 62 Wofford 56.

Kentucky was led in scoring by Travis.  Travis finished the game with another double-double with 14 points and 11 rebounds. Others scoring for the CATS included: Ashton Hagans 12; Tyler Herro 9; Keldon Johnson 9; Jemarl Baker 8; E.J. Montgomery 5; Nick Richards 3; and Immaneul Quickley 2.

Kentucky advances to the Sweet 16 and improves on the season to 29-6.  Kentucky will play next weekend in The Midwest Regional in Kansas City, Missouri and take on the winner of tomorrow’s Ohio State – Houston match up.  Wofford finishes the season with an overall record of 30 – 5.  Bluegrass Sports Nation will continue to bring you the CATS in the quest for title #9!!!!