After Getting ‘Manhandled’ by Tigers, CATS Face Hot Bulldogs 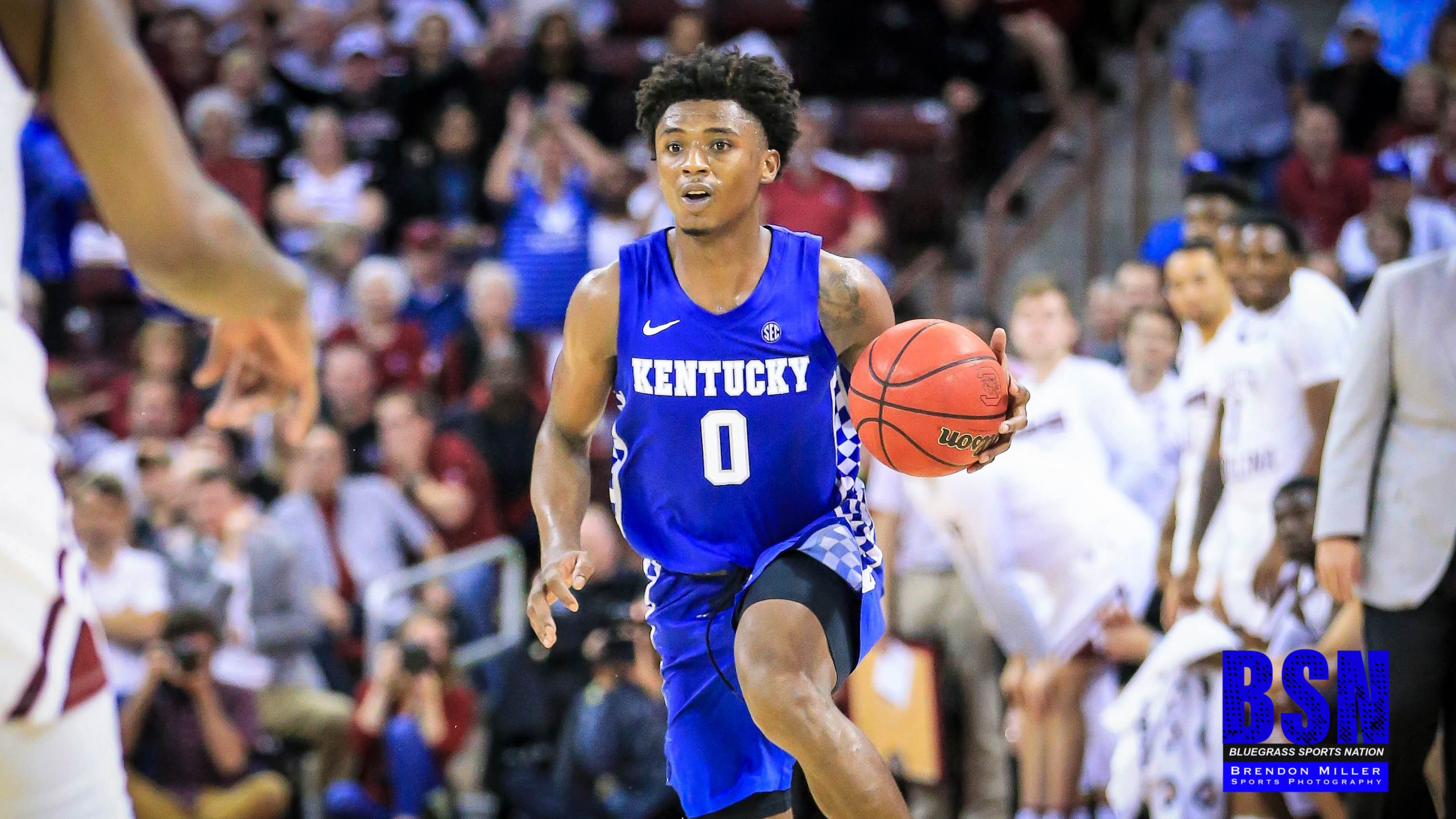 The tape told the tale of what happened in Kentucky’s loss at Auburn last Saturday.

“We kind of got manhandled in that game and it’s a point of emphasis after watching film that we need to be a little bit tougher, make contact first going after rebounds on free throws, quit watching the ball when we’re going for rebounds and just moving forward. It’s just a big point of emphasis for us.” Kentucky senior Nate Sestina said Monday. “Just making sure that we’re the ones hitting first and making sure we’re the ones stepping first to go after rebounds.”

The 15th-ranked Wildcats (16-5, 6-2 Southeastern Conference) had a four-game winning streak snapped in a 75-66 loss at No. 11 Auburn last weekend. Kentucky had won its previous two Saturday showdowns at Arkansas and Texas Tech, respectively, but couldn’t keep the trend going against the Tigers. Kentucky gets a chance to rebound in a quick turnaround game against Mississippi State Tuesday night.

“It’s a good test for us,” Sestina said. “After watching the film and kind of seeing and watching that you got pushed around a little bit, and then going after it yesterday in practice and going after it again today in practice. Like I said before, just trusting that everything that we’re doing the past two days is going to pay off tomorrow night.

“I think it’s a good test for us going into the game knowing that they pride themselves on that. That’s something that we have to get in our head, is that we have to pride ourselves on being tough. We have tough guys. We just have to prove it.”

Mississippi State (14-7, 5-3) has won five straight league games and is coming off wins against Florida (78-71) and Tennessee (86-73) respectively last week. The Bulldogs snapped a four-game losing streak against the Volunteers, a performance that impressed Tennessee coach Rick Barnes.

“The second half, they just dominated,” Barnes said. “We didn’t have an answer for it. That is what is frustrating. We have to give them credit for it. They did exactly what we told our team at halftime they would do. They had not shot the ball well in the first half. We knew they would come out, push it at us and try to get there early and post up. They did.”

Reggie Perry has been a driving force for the Bulldogs and averaged 25.5 points and 10 rebounds per game last week. For those efforts, the Mississippi State forward was named SEC Co-Player of the Week, sharing the honor with Arkansas guard Mason Jones.

Mississippi State coach Ben Howland doesn’t think there has been a better player in the league recently than Perry.

“The last five games, he’s been dominant,” Howland said. “He was very, very good for us at LSU. He’s playing great. The only game that he had a subpar game was where he got in foul trouble with the Oklahoma loss on the road by one. We still gave ourselves a chance to win that game with him in limited action.”

Kentucky is hopeful junior forward Nick Richards gets back on track after scoring just seven points — an SEC season-low for him — in the loss at Auburn. Payne said Richards wasn’t “aggressive enough, not physical enough, not quite ready for the battle” in the setback at Auburn.

“In this game, similar to the Mississippi State game that we’re going to see tomorrow, you better be the aggressor,” Payne said. “If not, you will be on your heels the whole night which was a great lesson for him. Thought (Austin) Wiley, the kid Austin Wiley, really played hard against him. Really tried to be physical with him, and in return, he had a double-double, that kid did. We’re not going to win if Nick Richards isn’t playing well.”