Alex Hamilton to Play with Legends During Battle of Bourbon Trail 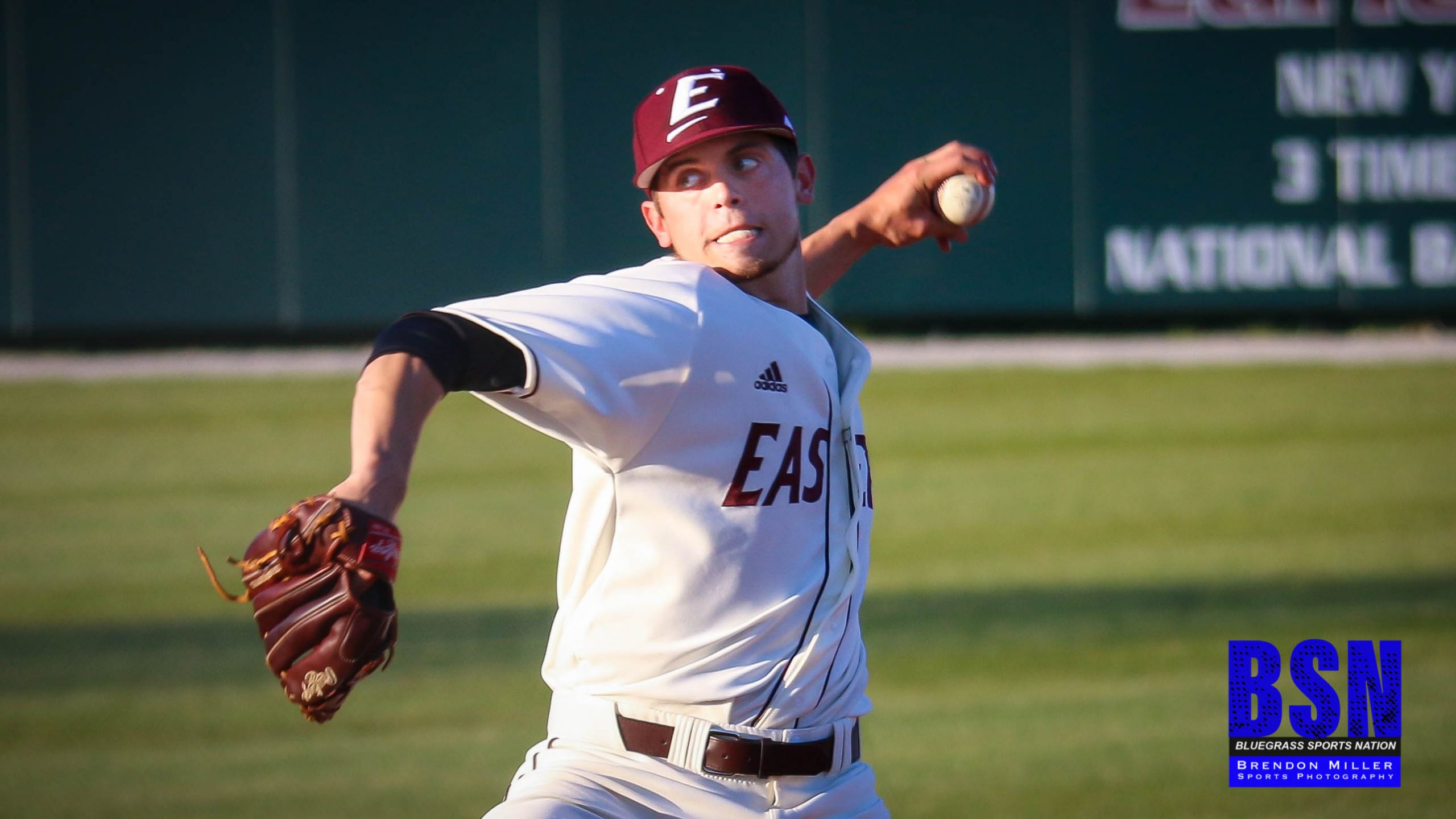 Breathitt Head Baseball Coach Alex Hamilton has been picke up by the Lexington Legends for the remainder of the Battle of the Bourbon Trail Series.

Alex was named as Breathitt County Head Coach on October 19, 2019, but his first season was lost to Covid-19.

Alex is one of the best to ever toe the rubber in Jackson, as he was 2nd Team All-State in 2013 and All-State Honorable Mention in 2012. Alex was a flame throwing lefty who compiled some astounding stats on the mound. In 2012, Alex averaged 14.2 strikeouts a game (still 4th in State History), and bettered that in his Senior Season in 2013, averaging 17.2 K’s a game (best in State History) and totaling 170 punch outs on the year with two no-hitters. Alex holds the state record for strikeouts in a game with 21 in seven innings, but said record has an asterisk by the KHSAA because the game actually went nine innings and Alex racked up 25 total k’s in the game.

For College Alex took his talents to Richmond where he was a four year starter at EKU. He was a weekend starter his Sophomore and Junior seasons and lead the OVC in HR’s given up per 9 innings only giving up 2 in 74 innings. During his career, Alex struck out 218, and was Honorable Mention OVC as a Sophomore.

During his his time at EKU, Alex pitched in Great Lakes League, Coastal Plains League and Northwoods. After College he played for Gary Railcats, Bakersfield TrainRobbers, and Suxxex Co Miners.

I was able to get in touch with Alex this morning and he had this to say about this opportunity, “I am thrilled to have the opportunity to get out there again and play. I had kicked around playing thus summer with Covid and our high-school season being cancelled. I keep my arm in shape and reached out about playing and was invited down to throw. Getting out there with a ton of pro guys and learning the game not only for me but to share it with my players as well is awesome. Picking guys brains and building relationships while competing is something you can’t beat. I look forward to playing and seeing where it takes me.”

Congratulations to Alex and we at BSN wish him the very best!! #mountainproud