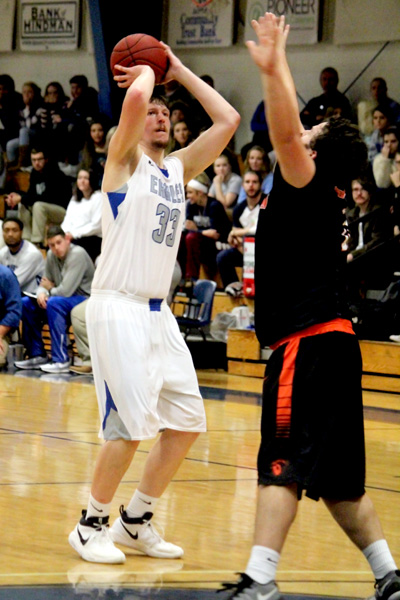 Wilmore, KY:  The Alice Lloyd Eagles journeyed to Wilmore, on Friday and Saturday to participate in the Zweifel/Pritchard Classic hosted by Asbury University. The Eagles earned two wins for their efforts over the Kentucky Christian University Knights and the Miami-Middletown College Thunder Hawks. Below are recaps of each contest. 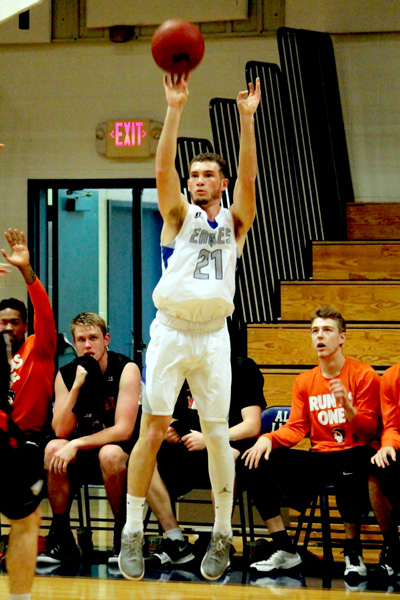 The Eagles roared back from a fifteen point first half deficit with a powerful second half to earn the victory.

In the opening half, the Knights were on fire as they torched the nets to the tune of 15-25 three point buckets and 59 points. With 3:17 remaining, they led by 15 points and would take a 59-47 lead at intermission.

The second half was a reversal of fortunes as the Alice Lloyd offense exploded for 64 points on 67% shooting. In the meantime, their defense held KCU to just 32.4% from the floor. ALC would lead by as many as 21 points before settling on a 14 point win.

For the Eagles (5-0), they were led in scoring by freshman Timmy Dalton with 29 points on 13-20 accuracy. He added 9 rebounds, 2 steals, and 2 blocks. Senior center Jake Allen sank 9-11 field goals for 22 points. He added 8 rebounds and 3 blocks. Junior sharp-shooter Ryan House came off the bench to spark the club with 16 points on 5-5 shooting. Senior guard Austin Crisp and sophomore guard Blake Smith each added 14 points apiece on 7-12 and 6-11 field goals respectively. Crisp completed the double-double with 10 assists, while Smith had 4 steals.

For the second consecutive night, the Eagles experienced a tight first half before blowing the contest wide open in the last stanza.

In the opening half, the Thunder Hawks battled ALC and would take their biggest lead of six points with 11:50 remaining. Alice Lloyd would then work their way back into contention and pull ahead 48-41 by intermission.

The second half saw ALC slowly extend their advantage to as many as 23 points, and they would earn the nice 18 point win.

For the Eagles (6-0), they were led in scoring by freshman Timmy Dalton with 21 points on 9-14 accuracy. He added 8 rebounds and 2 assists. Senior center Jake Allen sank 6-10 field goals for 17 points. He added 8 rebounds, 3 steals, and 2 blocks. Senior guard Austin Crisp and sophomore guard Blake Smith each added 12 points apiece. Crisp added 4 assists, while Smith had 3 steals. Sophomore forwards Chance Cornett and Ian Lee came off the bench to each contribute 11 points respectively.

Alice Lloyd returns to action on Tuesday when they face NCAA II opponent Malone University on the road. Game time is set for 5:00pm.