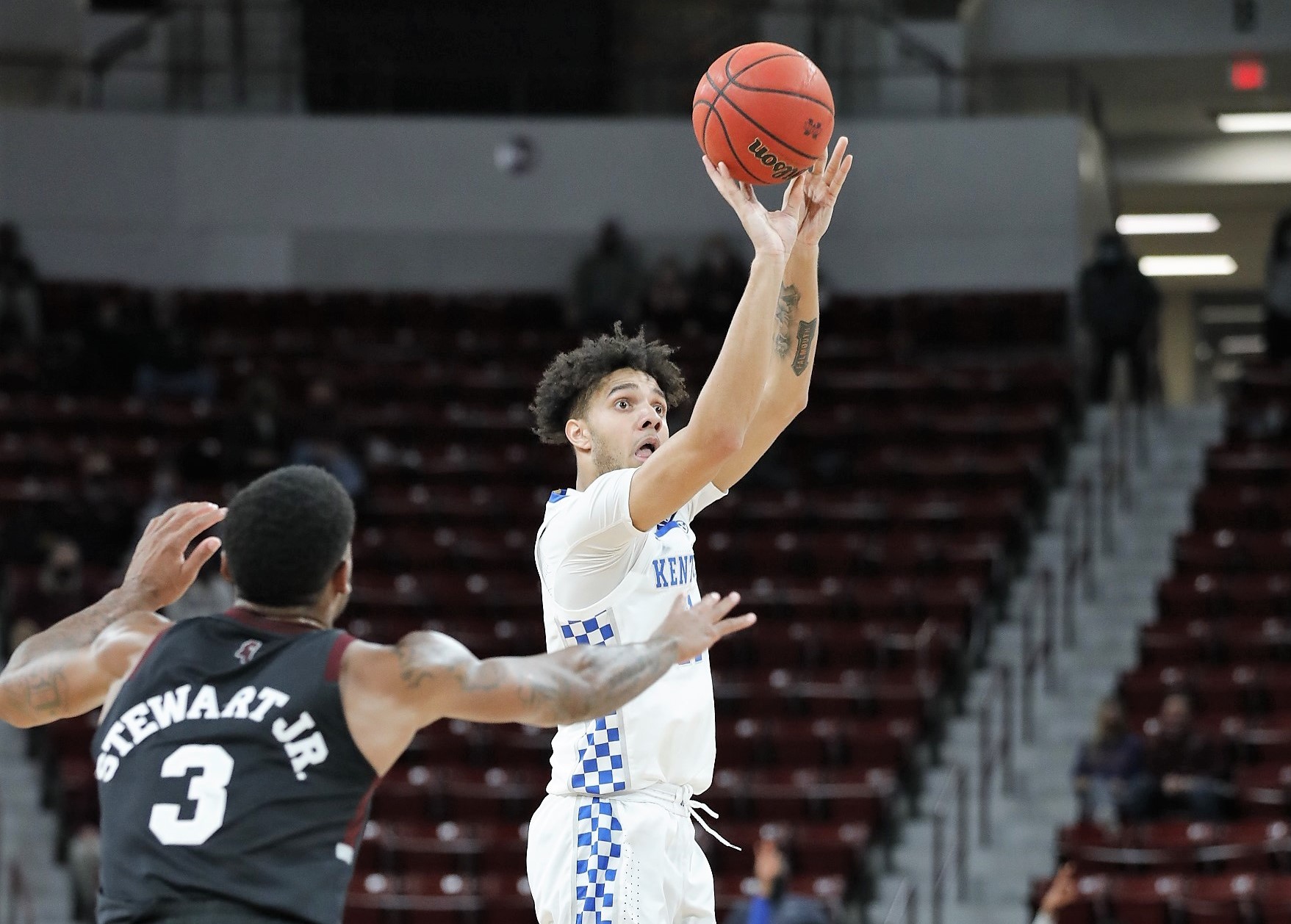 Dontaie Allen got his shot and he delivered for Kentucky.

The former Pendleton County High School standout and Kentucky Mr. Basketball scored a career-high 23 points to lead the Wildcats to a 78-73 win over host Mississippi State in double overtime Saturday night in Starkville.

The performance by Allen, which included seven 3-pointers in 11 attempts, also a career-high, helped the Wildcats (2-6, 1-0) snap a rare six-game losing streak in the team’s Southeastern Conference opener. Although the Wildcats were in need of a breakthrough, Allen didn’t feel any pressure and added it felt “crazy” and surreal to be the hero at a critical point this season.

“I put in the work,” Allen said. “I didn’t know when my opportunity was going to come. If it came today, next week, next month, nobody (knew). I was just keeping my head down and just working hard. I’m thankful for the opportunity that I had tonight.”

Earlier this week, Kentucky coach John Calipari hinted that Allen would get his chance to shine. Allen didn’t disappoint in his conference debut.

“I’m so happy for him,” Calipari said. “I said before the game to the staff, I hope he goes big because we need to win. We needed a win and he changed us offensively. … He changes our team. He’s earned more minutes and guys are going to have to end up having to play less (minutes).”

At the urging of Calipari, Allen received the green light to shoot more after passing up a pair of opportunities in the first half and heeded to a call from the bench. The redshirt freshman scored 20 points in the second half and knocked down a clutch 3-pointer and another jumper from the top of the keythat banked in during the second overtime that helped propel Kentucky.

“I had fun tonight,” Allen said. “I fall back on my work every single time. When you put the work in and you get your opportunity, you know you’re going to be ready and that’s the big reason why (I played well). I was ready for my opportunity and I feel like I capitalized on it.”

The showing by Allen wasn’t a surprise to the Kentucky coaching staff. Calipari, who was ejected after receiving a double technical with nine minutes remaining in regulation, trailed by six when Calipari was sent to the locker room and he witnessed the rest of the game on his smartphone device.

Earlier in the week, Allen and the Wildcats held a closed scrimmage against Transylvania and Allen said the workout proved to be beneficial.

“It (gave us) momentum,” Allen said. “It carried over into January 2nd.”

Although the performance was a collegiate breakthrough for Allen, he’s not planning on changing his approach for the remainder of the season.

“I just going to keep working hard and see what happens,” he said. “I’m just going to keep my head down and just because this happened, it’s not going to change the way I’m working. I’m still going to be that kid that works hard and I’m going to keep that at the forefront. … It comes down to work. If you put in the work, you can do some great things.”

Calipari was glad the Wildcats experienced a breakthrough after going more than a month without a victory.

“These kids deserved something good to happen,” Calipari said. “And it did.”