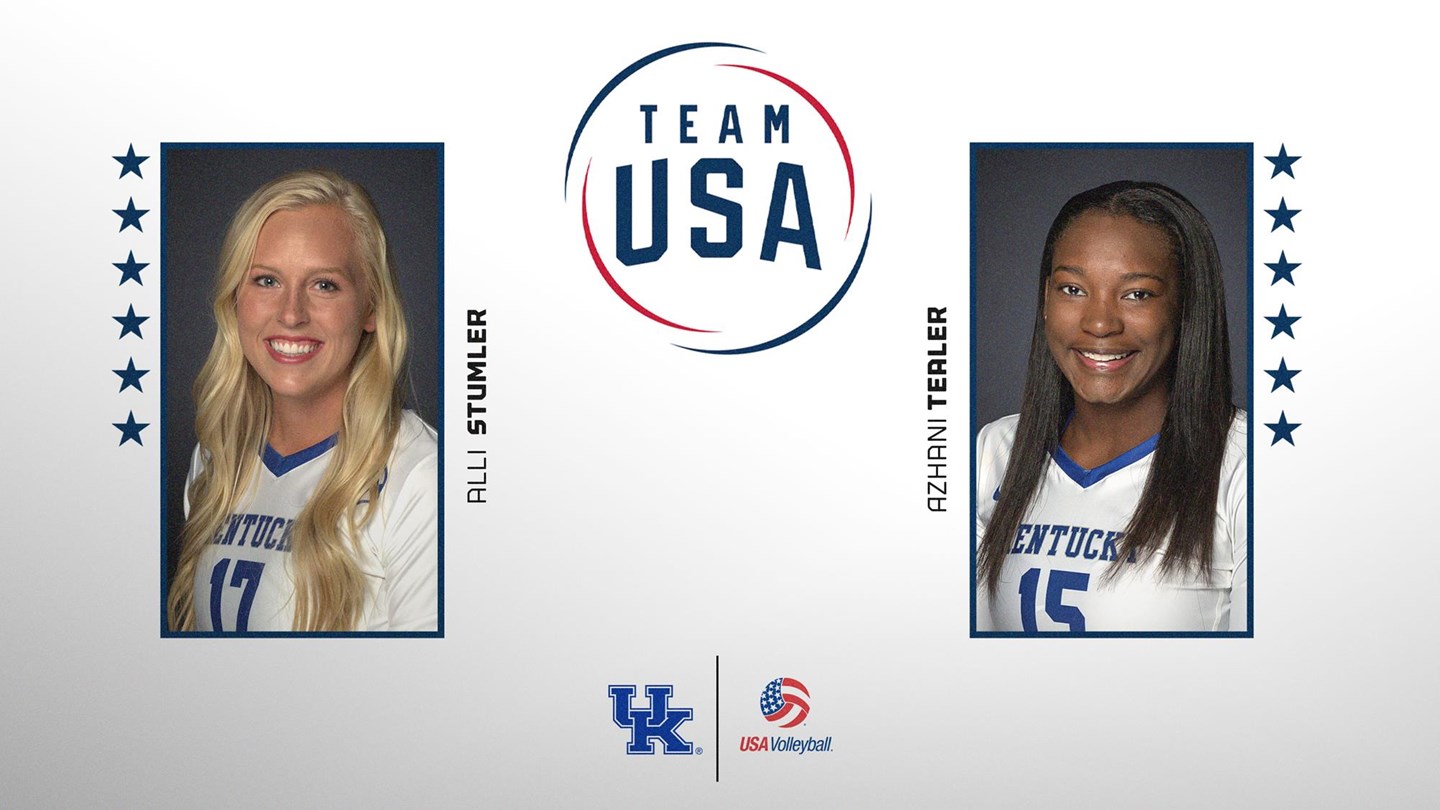 Two Kentucky Volleyball players, Alli Stumler and Azhani Tealer, were named to the women’s collegiate national team, it was announced by USA Volleyball.

Stumler, entering her junior year at UK in 2020 and Tealer, who just completed her freshman campaign, were both selected to spots on the Team USA Women’s Collegiate National Team after a tryout was held in Colorado Springs, Colorado last month.

Both Stumler and Tealer will be part of the team’s training camp in Anaheim, California this summer. Stumler will compete with the Gold Collegiate National Team from July 5-12, with Tealer training from June 21-27.

As part of the training program, both Tealer and Stumler will compete alongside the Team USA Olympic National Team that will be playing in Tokyo this summer at the Olympics.

Kentucky Volleyball begins its fall slate of games on March 27 against Ohio State in Cincinnati.