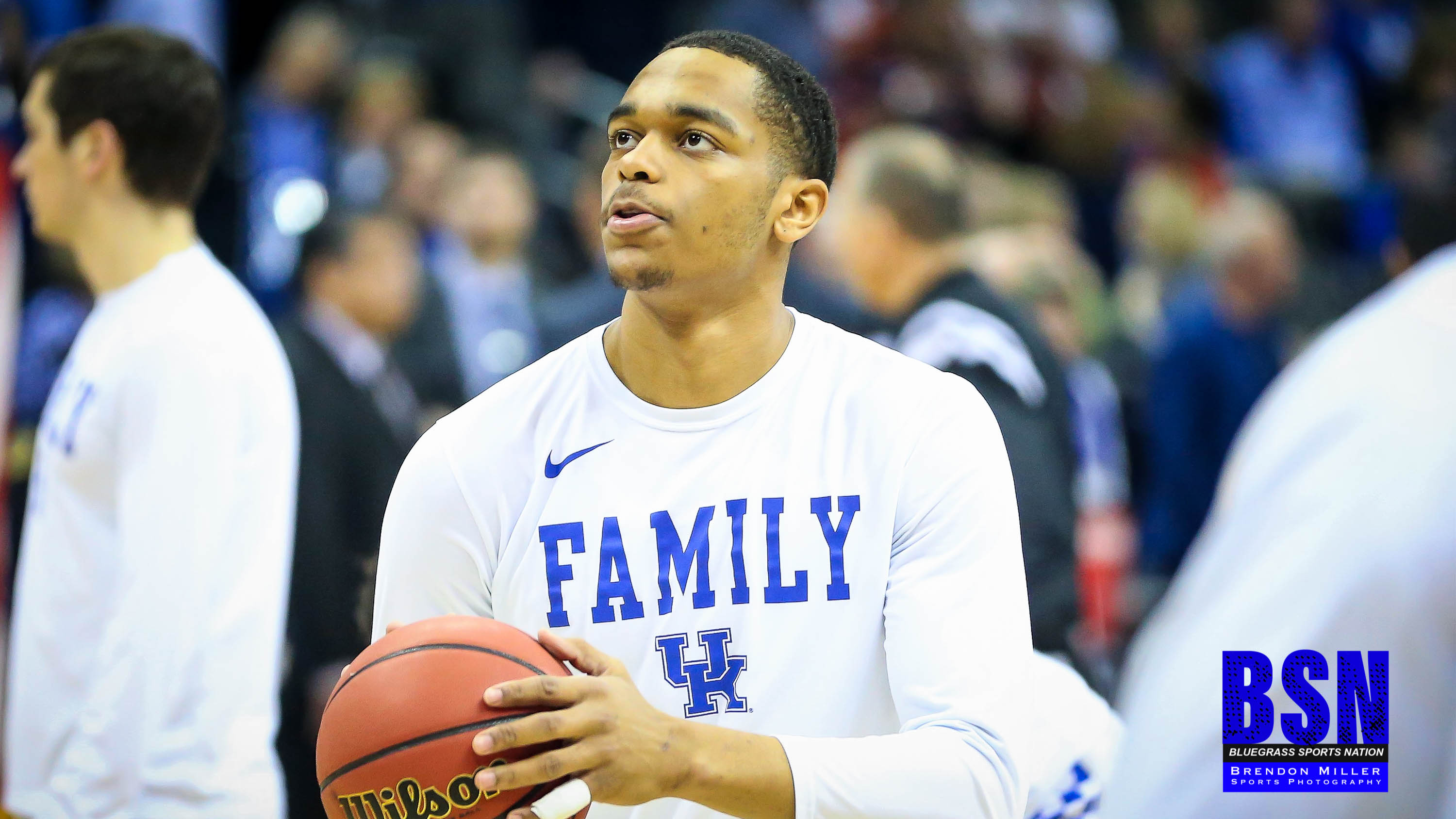 Kentucky and SEC Rival the Auburn Tigers took center stage, with a trip to the Final Four on the line.  Today’s matchup was the third time this season the Teams have competed in a Basketball game.  Kentucky is previously two and zero against the Tigers.  When the Tigers Chuma Okeke went down in the Sweet Sixteen dominating win over the North Carolina Tar Heels, Auburn lost one of their best player for the season, with a season ending ACL injury.  Before Okeke injury the Forward was averaging twelve points per game and had a team high .496 Three- point shooting field goal percentage.

The Cats entered the Court to a Sea of Blue as the Big Blue Nation fan base made its presence known at the Sprint Center.  Kentucky opened the first half with a five to zero run as the CATS worked the ball into the post and Reid Travis scored two points and was fouled.  Travis made the free throw and the defense tightened up limiting the Tigers to one possession.  Tyler Herro made a three- point basket and Keldon Johnson continued the steak with two points on a driving layup.  Kentucky led Auburn seven to zero.

Auburn was finally able to score the ball When Purifoy made a three- point Jumper with 16:30 reamaining in the First half.  P.J Washington who didn’t start the game, had a huge impact on the game in first half.  Washington was fed the ball in the post and Washington scored over the smaller defenders.   Washington also connected from behind the ARC and finished the half with a game high fifteen points.

Kentucky grew the lead to eleven points 9:29 remaining in the half and maintained a comfortable seven to ten- point lead throughout the majority of the first half.  Auburn was able to cut into the lead with Jared Harper getting hot from the ARC.  Harper was held scoreless for the first sixteen minutes of the half but finished the half with eight points and Auburn began the comeback at one point cutting the UK lead to two points in the final thirty- five seconds.  Ashton Hagans scored a three- point basket with twelve seconds remaining in the half and Kentucky took a five- point lead to the locker room at intermission.  Kentucky 35- Auburn 30.

In the Second half Auburn come out on fire and Kentucky opened the half flat.  Auburn opened the half with a ten to two run and the Tigers led Kentucky 40-37 with 17:46 remaining in the game.  Harper and Brown continued to light up the scoreboard combining for the first ten points.  The lead was Auburn’s first of the game, and the Auburn Fans were ecstatic.  The teams traded baskets for the next couple of possessions and PJ Washington gave Kentucky the lead with a transition dunk.  Kentucky 45- Auburn 44. Fans, spectators, and the teams were on the edge of their seats watching a Classic Elite Eight Game, and each schools band played their fight songs or rally chants.

With 9:17 remaining in the game Daniel Purifoy connected with a three- point basket and the Tigers led 54-50.  Kentucky was trying to mount a comeback trailing by four to eight points the next couple of minutes.  Kentucky could score the ball and Auburn had an answer, not allowing the CATS to build with a scoring run. Kentucky trailed the Tigers for four minutes and fifty- six seconds, when Washington scored two points in the post, and tied the game at fifty- eight.

In the final minute of regulation PJ Washington scored two points in the post and the CATS led 60-58.  The Big Blue Nation Fan Base were going insane, and the Go Big Blue Chant rang loud throughout the Arena.  The Excitement wouldn’t last long as Auburn Harper tied the game at sixty on the Tigers next offensive possession.  Both teams got opportunities to score but were unable to do so with the game going to overtime tied at sixty.

In overtime the Tigers opened the scoring with a four to zero run.  Harper continued to cause matchup problems and scored the first four point of overtime.  The CATS trailing by four points was forced at a frantic pace and the CATS struggled to score the ball, missing several easy baskets.  Auburn maintained a four to seven-point lead against Kentucky and forced the CATS to foul.  Auburn goes on to defeat the Kentucky Wildcats 77-71 and the Tigers Magical Run continues winning twelve consecutive games.

P.J. Washington led the CATS in scoring with twenty- eight points.  Washington could have played his last game as a Wildcat; whose future is very much in doubt with NBA declarations coming now that the season is over with.  Others scoring for the Wildcats include Travis with nine points, Hagans with five points, Johnson with twelve points, Herro with seven points, and Quickley with three points.

Auburn was led in scoring by Bryce Brown who scored twenty- four points and knocked down four out of seven from behind the Arc.  Others scoring for the Tigers included Anfernee McLemore with four points, Jared Harper with fourteen points, Malik Dunbar one point, Daniel Purifoy six points, Samir Doughty two points, Austin Wiley with seven points, and JaVon McCormick with two points.

Kentucky finishes the season with a record of thirty and seven.  Auburn dream season continues as Bruce Pearl and the Auburn Tigers get to the school’s first ever Final Four. The Tigers are on a twelve game win streak and will play the Virginia Cavaliers next weekend in Minneapolis, Minnesota at the Final Four.