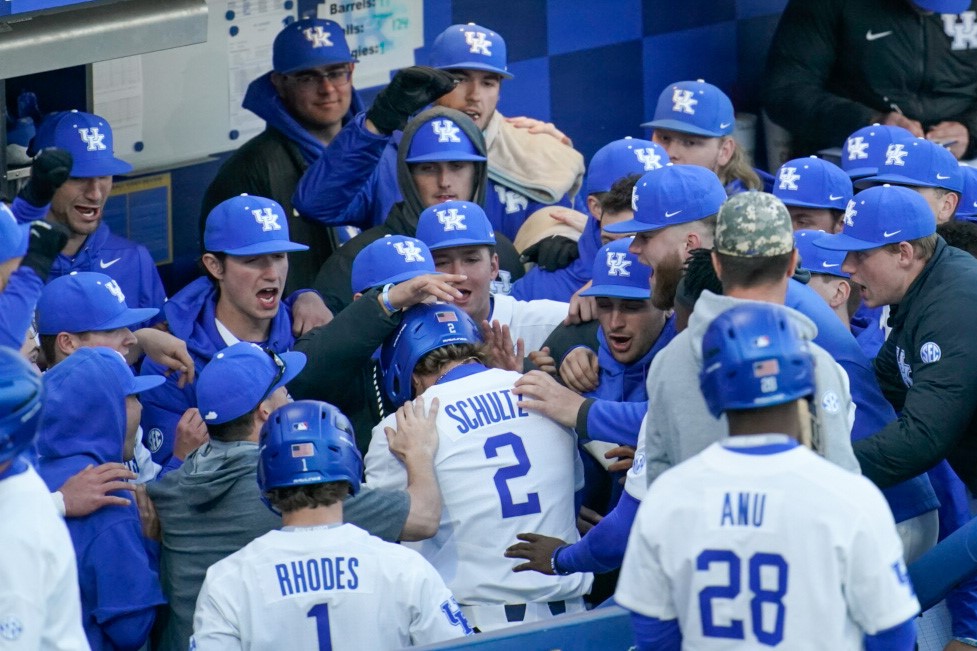 Kentucky sophomore infielder Austin Schultz and freshman infielder/outfielder John Rhodes were named All-Americans by Collegiate Baseball News, it was announced on Tuesday. It marks the fourth consecutive season UK has had a player earn national honors for their performance.

Schultz was named the Second-Team second baseman after hitting .393 with 11 extra-base hits and a team-high 20 runs and 20 RBI in just 61 at-bats. He ranked third in the Southeastern Conference in total bases with 46 and fourth in slugging percentage at .754. The Adams, Nebraska native had five doubles, a triple, five home runs, five stolen bases and posted a 1.233 OPS as he anchored the Wildcats’ offense.