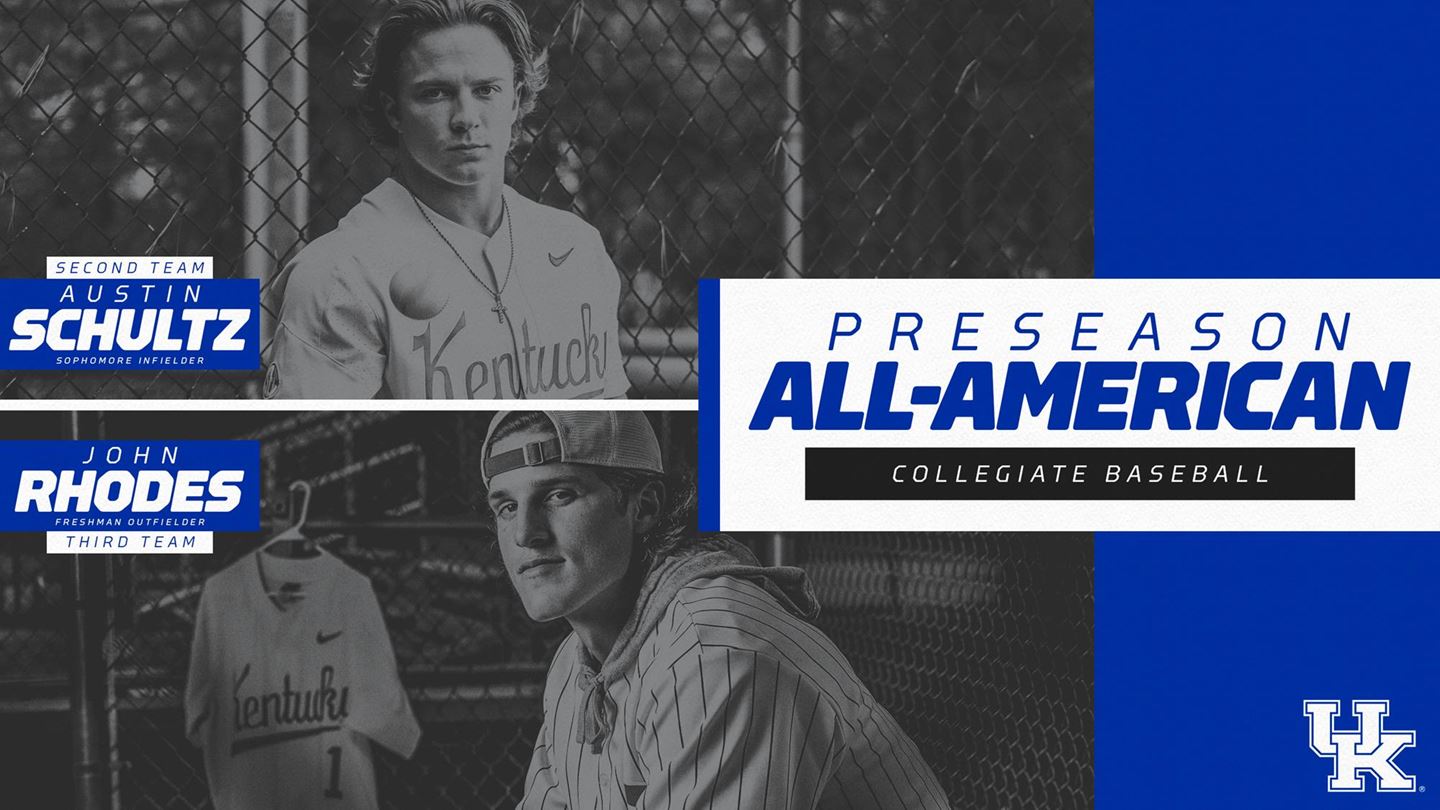 Kentucky baseball infielder Austin Schultz and outfielder John Rhodes were named All-Americans by Collegiate Baseball News, it was announced on Tuesday. Both players also were recognized by Collegiate Baseball at the end of the shortened 2020 season, including Rhodes being named National co-Freshman of the Year.

Schultz was named the Second-Team second baseman after hitting .393 with 11 extra-base hits and a team-high 20 runs and 20 RBI in just 61 at-bats last spring. He ranked third in the Southeastern Conference in total bases with 46 and fourth in slugging percentage at .754. The Adams, Nebraska native had five doubles, a triple, five home runs, five stolen bases and posted a 1.233 OPS as he anchored the Wildcats’ offense.