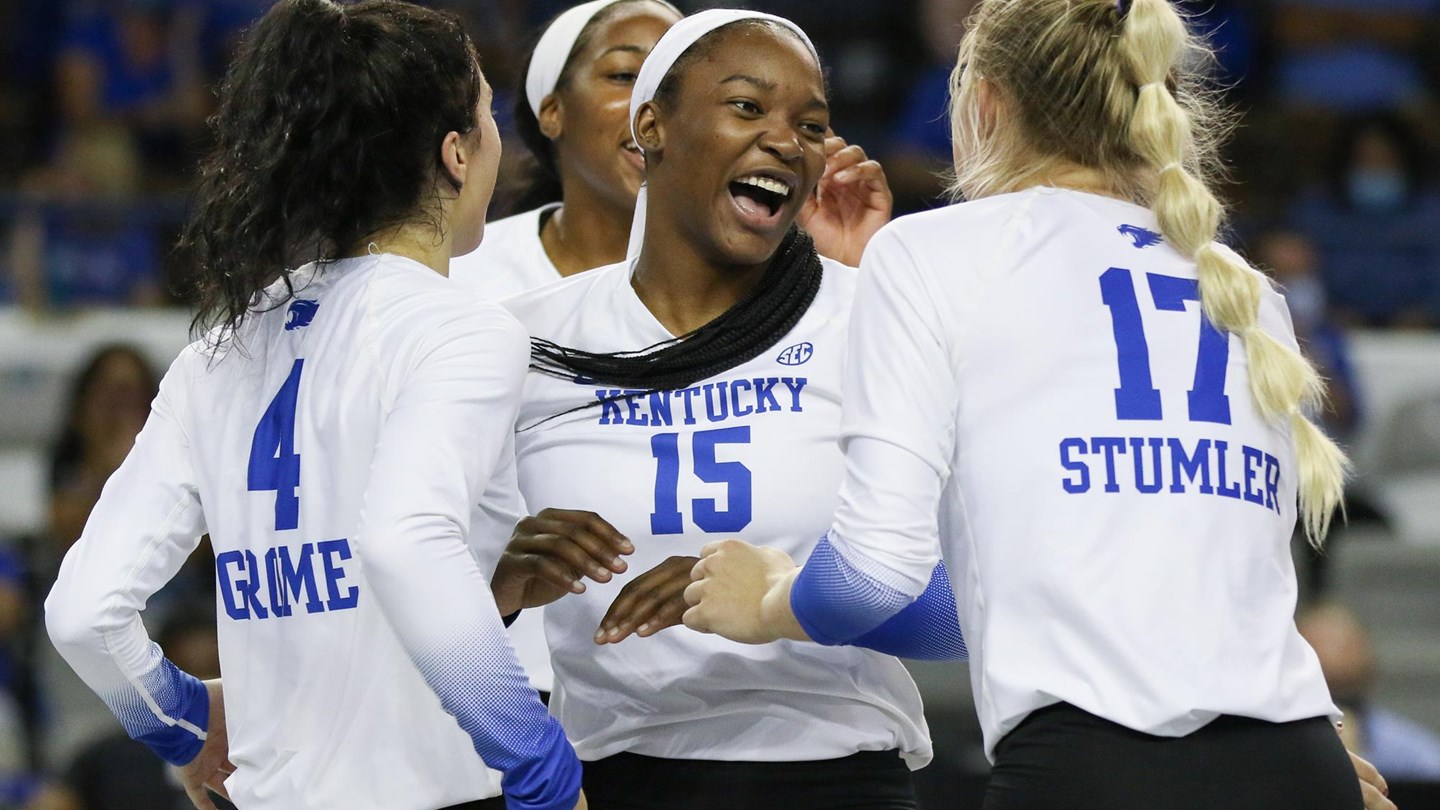 For the second-straight week and third time overall, Kentucky Volleyball’s Azhani Tealer was named the Southeastern Conference’s Defensive Player of the Week on Monday, with setter Emma Grome winning SEC Freshman of the Week.

Tealer, a junior middle blocker from Grand Prairie, Texas, averaged 1.86 blocks per set in the series sweep at LSU. Tealer had nine blocks in Kentucky’s 3-1 win on Thursday night before turning around the next night and logging four blocks. She also hit .405 offensively, with 21 total kills on only 37 swings in seven sets of action on the road.

Grome, a setter from Loveland, Ohio, guided No. 5 Kentucky to a road sweep at LSU with 11.1 assists per set. Grome paced the Kentucky offense with 44 assists and a .305 hitting percentage in the four-set win on Thursday, followed by 34 assists on Friday night as the Wildcats hit .241 in the three-set victory. She also averaged 2.86 digs and 1.14 blocks per set and added three aces.