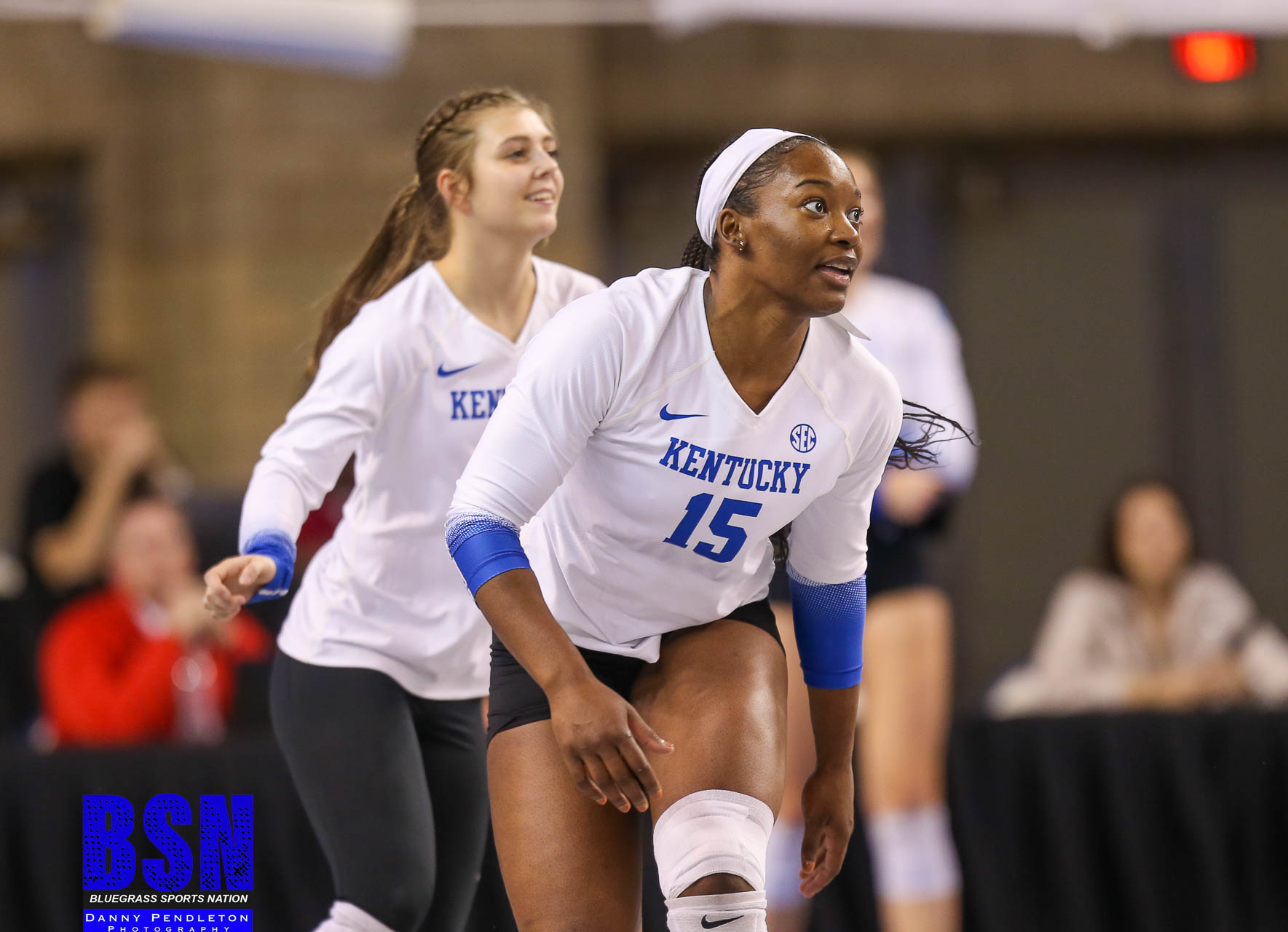 The 12th-seeded Kentucky Volleyball team used 13 kills from Azhani Tealer and 13 digs from Eleanor Beavin to become the first team in the nation to book its spot into the NCAA Volleyball Tournament’s Sweet 16 with a 3-0 (25-17, 25-16, 25-21) sweep of the Western Kentucky Hilltoppers inside Memorial Coliseum on Friday evening.

With the win, Kentucky will play Thursday in the Sweet 16 at a site to be determined. Stanford is the No. 1 regional seed, so if the Cardinal win Saturday night, they will host. If Stanford were to lose, San Diego would get the opportunity to host assuming it wins its second-round match. Should Stanford and USD both host, Kentucky will host.

Match times, opponents, television assignments will all be announced by ESPN and the NCAA later this weekend when the bracket in finalized.

The 13 kills from Tealer were a match high for anyone in the match, as she was the only player to reach double-figure scoring on the evening. Adanna Rollins had nine kills, including four in the opening set with a .269 hitting percentage on the evening as the Wildcats hit .362 as a team.

Emma Grome, the SEC player of the year, had 40 assists in the match with four digs and a block, as well. The floor defense and serving was a theme to the match as UK had 10 service aces for the first time since the 2021 season when it played Texas A&M. Beavin had 13 digs in Friday’s affair, as Audrey Whitworth also had a pair of aces and seven digs Friday night.

Kentucky got off to a strong start, and kills from Adanna Rollins caused the Hilltoppers all sorts of issues, as head coach Travis Hudson was forced into an early timeout with WKU trailing the Wildcats, 11-6. After a pair of Kentucky aces, which was a theme for the night, Kentucky reached 20 first and had a six-point edge coming down the stretch. Azhani Tealer and Emma Grome stuffed a ball on the right pin and a perfectly-placed kill from Erin Lamb ended the set with UK hitting .256 in the frame and siding out at 66 percent to take the opener, 25-16.

UK again used a quick start off an Azhani Tealer service run to run away from the Toppers and make things 12-8. Audrey Whitworth served one of her two aces on the night across the take to make Kentucky’s lead balloon to eight, and WKU was pushed into its first timeout of the set. Tealer then came to life offensively as UK reached 20 first and four points to spare and a Rollins kill out-of-system ended the set as Kentucky hit .467 for the set, its highest set hitting percentage of the night and took a 2-0 lead thanks to a 25-16 second set win.

It was WKU that took things to the Wildcats in the first parts of the third set with UK down 9-3 and Craig Skinner forced into his first timeout of the set and the night, trailing by a match-high six points. Whitworth then went on a five-point service run sprinkling in another ace as Kentucky was able to square the score at 11-11 as the run extended to 9-1 with UK taking its first lead of the frame. Kentucky then sailed to the finish as an Erin Lamb kill ended the set with UK taking the match in a sweep, 25-21. 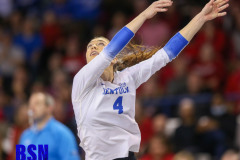 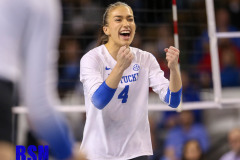 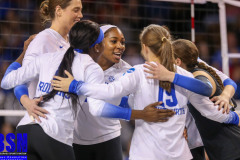 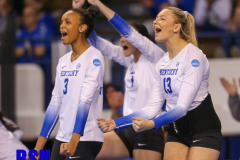 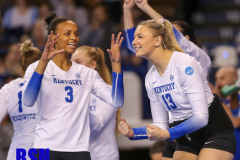 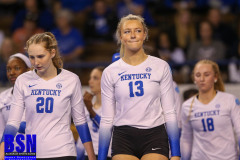 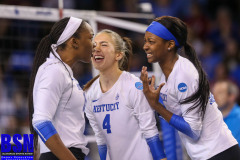 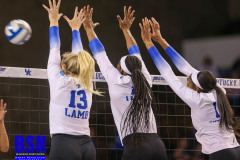 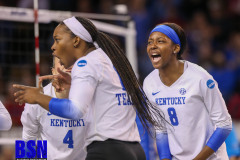