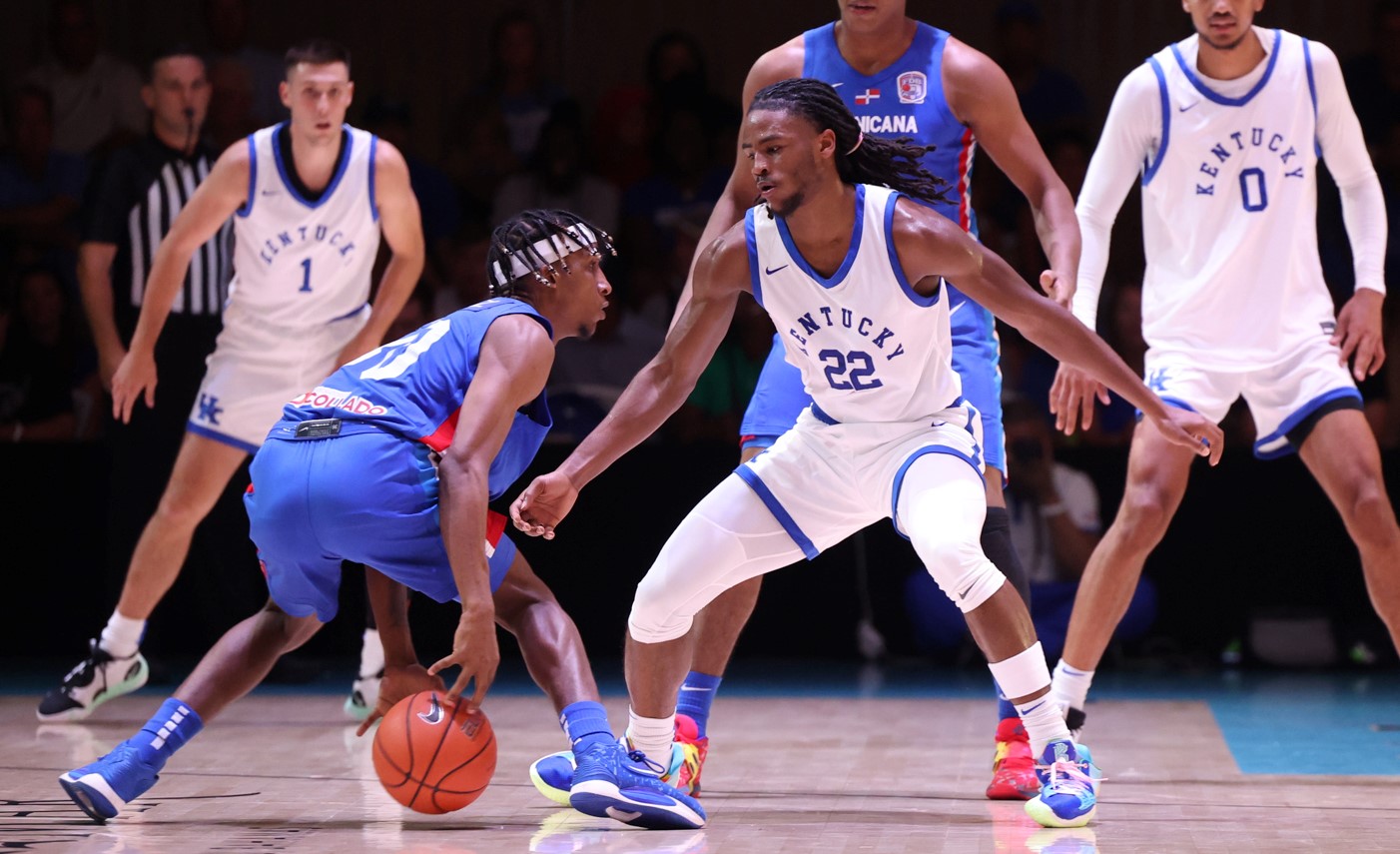 Kentucky opened the Bahamas Tour with a blowout at the Baha Mar Resort.

Oscar Tshiebwe scored 17 points to lead six players in double figures in a 108-56 win over the Dominican National Team on Wednesday night in the first of four games in five days. It marked Kentucky’s first overseas appearance in four years.

Tshiebwe, the consensus College Basketball Player of the Year last season, got plenty of help from his teammates, including veteran Damion Collins and newcomer Cason Wallace. Collins and Wallace finished with 15 points each.

Collins threw down a pair of thunderous dunks and added five rebounds and a team-high five assists in the easy victory. Illinois State transfer Antonio Reeves provided a glimpse of his future potential with 12 points and made four of the team’s 11 3-pointers.

The play of Collins was impressive and Kentucky assistant coach Orlando Antigua, who coached from the floor while boss and Kentucky coach John Calipari observed from the stands, liked the way Collins shared the ball in his unofficial breakout game.

“One of the things we really liked is how many assists he had,” Antigua said. “He made some great plays, some great decisions, was able to hold his ground, find guys and obviously showed his athleticism and ways he can shoot the ball.”

“I just think he has an extremely high ceiling,” Antigua said. “He’s got to keep working, continue improving, has to stay in the gym, continue to eat, keep working with Brady (Welsh) so that he can keep this up.”

Chris Livingston and Lance Ware finished with 11 points, with Livingston collecting a team-high eight rebounds to go along with three treys.

Defensively, the Wildcats were just as impressive. Kentucky had just five turnovers and 28 assists on 42 field goals in the contest. The Wildcats forced 18 turnovers and scored 23 points off those miscues. Kentucky added 10 blocks, including three by freshman Adou Thiero.

The Wildcats will continue the tour at 7 p.m. Thursday against Monterey Tech of Mexico. Tipoff is set for 7 p.m. Kentucky plays Carleton University (Canada) at 6 p.m. Saturday and will conclude the game portion of the tour at noon Sunday against the Bahamas National Team. All games will be broadcast on the UK Radio Network and televised on the SEC Network.