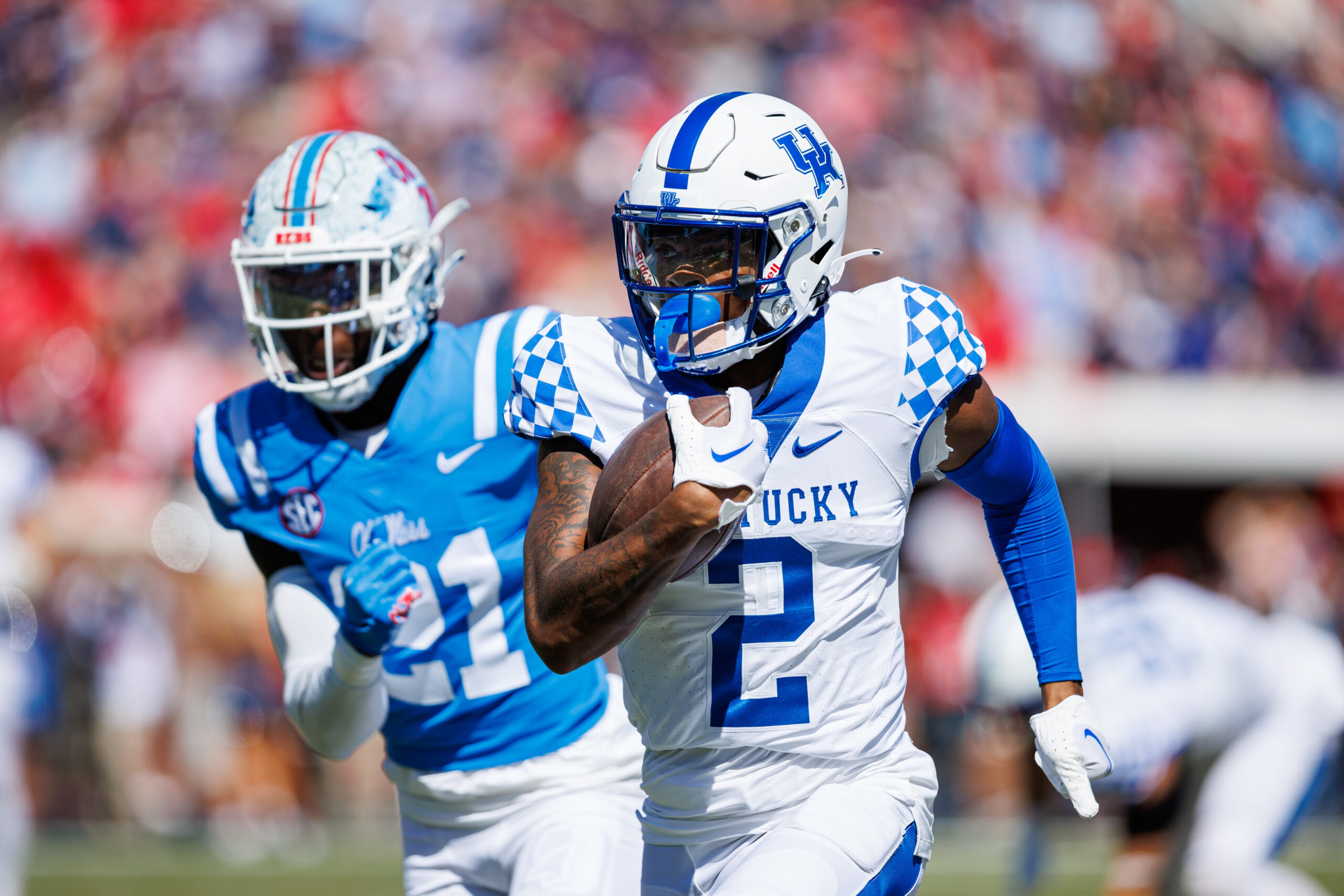 Once might be considered an accident, twice a coincidence but three times is a pattern.

Kentucky freshman Barion Brown was named the Southeastern Conference co-Freshman of the Week for the second consecutive week after racking up 245 all-purpose yards on just five touches on the road against then-No. 14 Ole Miss, the league announced Monday.

He also was previously named SEC Special Teams Player of the Week after the season opener. He is the first Wildcat to win a SEC weekly award three times in a single season since Lynn Bowden Jr. in 2019.

Brown, a 6-foot-1, 166-pound wide receiver and return specialist from Nashville, was electric against the Rebels. He had kickoff returns of 85 and 54 yards and is the only player in FBS with two kick returns of at least 80 yards this season. He leads the nation in kickoff returns at 47.7 yards per runback. He also caught two passes for 81 yards and averaged an absurd 49.0 yards per touch in the game.

No. 13 Kentucky plays hosts to South Carolina Saturday, Oct. 8. Game time is 7:30 p.m. ET and will be televised on the SEC Network. The game will also be broadcast live on the UK Sports Network with Tom Leach, Jeff Piecoro and Dick Gabriel calling the action.