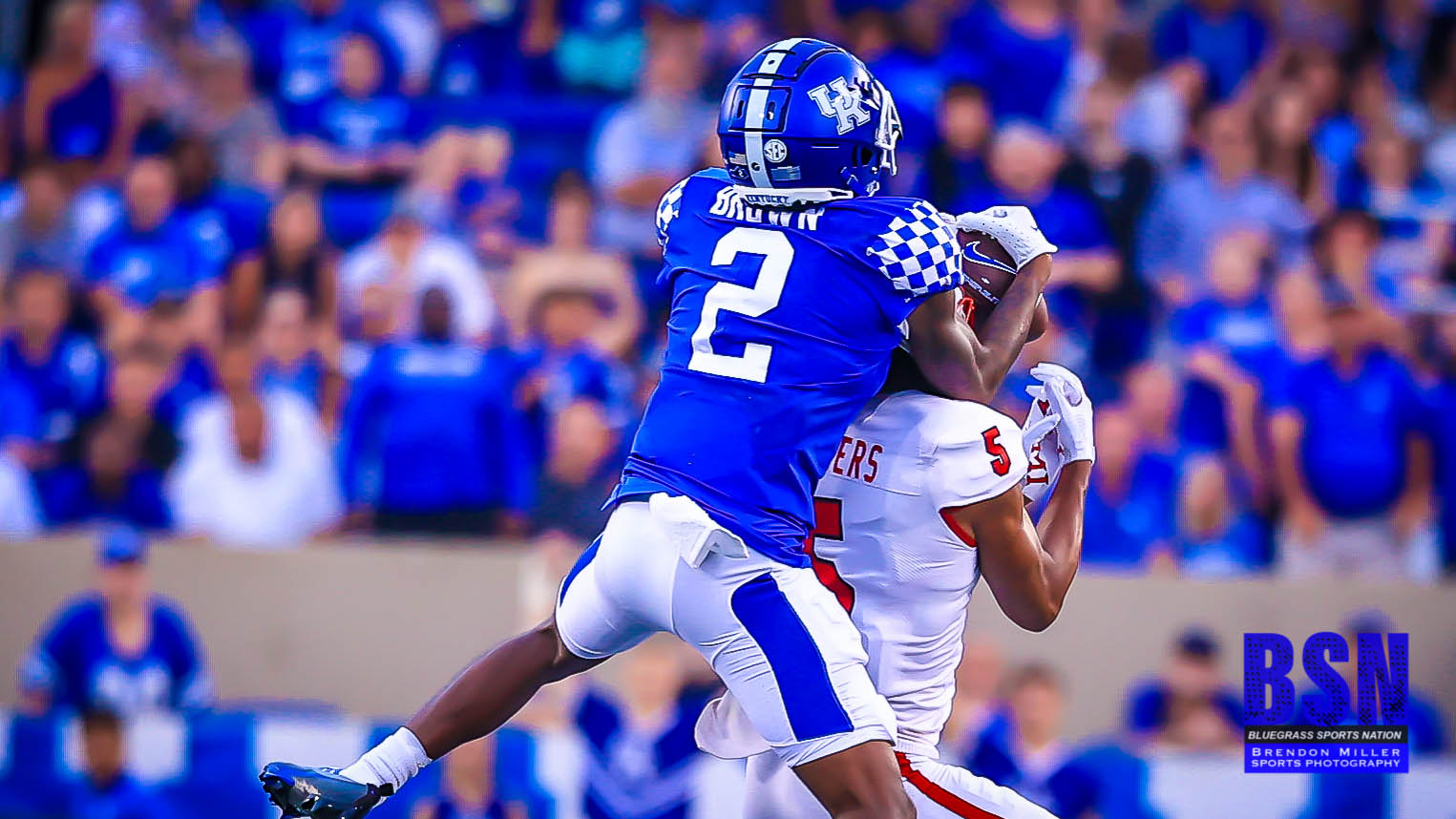 What can Brown do for you?

Kentucky freshman Barion Brown was named the Southeastern Conference Special Teams Player of the Week after racing for a 100-yard kickoff return for a touchdown in his collegiate debut, the league announced Monday.

Brown, a 6-foot-1, 166-pound wide receiver and return specialist from Nashville, took the opening kick of the second half 100 yards for a touchdown. It was the first Kentucky kick return for a score since Derrick Locke went to the house vs. Louisville (100 yards) in September 2009 and just the seventh time a UK player has gone for 100 yards.

On the play, Brown took the kick, sliced to his left, found open space and then outran everyone down the visiting sideline. It was just the 19th time in program history that a UK player has scored on a kickoff return, including 15 different Wildcats. He is the first freshman at UK to do so since Kio Sanford in 1994.

It was a key play in the game as Kentucky led only 13-10 coming out of halftime.  Following Brown’s TD, the Wildcats led comfortably the remainder of the evening.

Brown began Kentucky’s first possession of the game with a 21-yard KO return, with UK scoring a touchdown on that possession. He also caught three passes for 45 yards, including a 38-yard run and catch.

Kentucky opens Southeastern Conference play Saturday, Sept. 10 when it travels to the Swamp to face Florida. Game time is 7 p.m. ET and will be televised on ESPN.