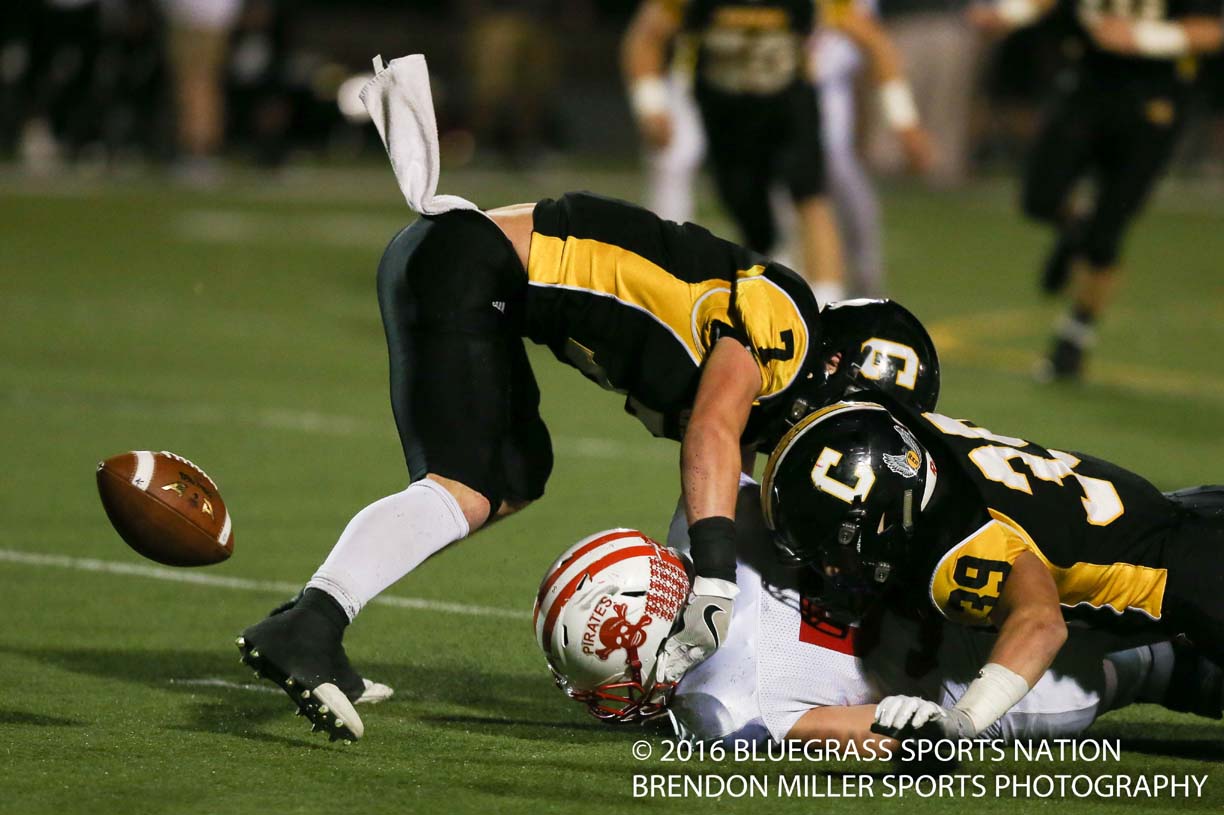 Bluegrass Sports Nation traveled to Johnson Central for a matchup of the #1 3A – Belfry at #1 4A Johnson Central. It didn’t take long for the fireworks to start as Johnson Central broke a run for 80 yards on the first play from scrimmage. This was followed up by a Belfry fumble recovery returned for a touchdown to tie the score at 7-7. The teams would go back and forth with Johnson Central making crucial errors that could have gave them the game momentum, but a fumble at the 1 yard line and an interception in the red zone late in the game doomed them. Belfry would capitalize with an 88 yard kick off return for a touchdown that would seal the fate of Johnson Central.