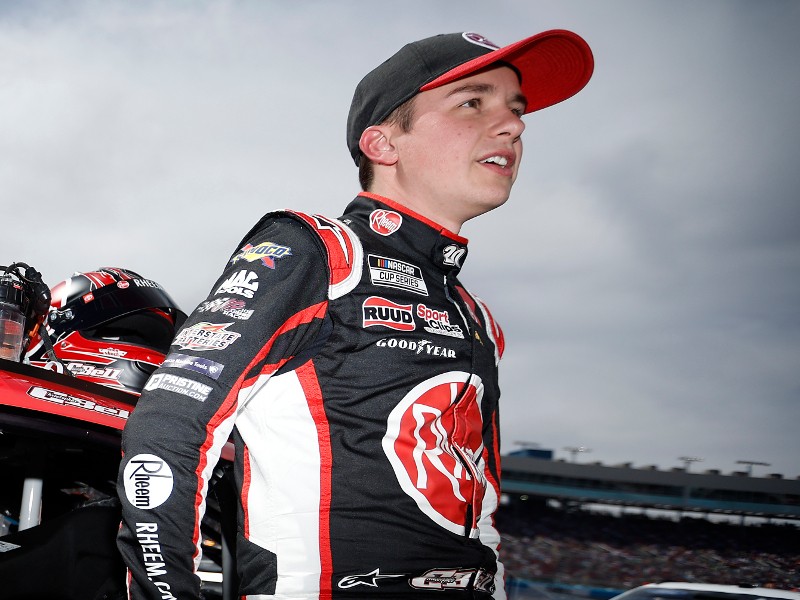 The NASCAR Cup Series traveled North to the New Hampshire Motor Speedway for the Ambetter 301.

The 1.058-mile track is the flattest oval NASCAR Cup Series present schedule. The paper-clip shape provides two straightaways of 1,500 feet each, making the track 46.3% turns. The turn radius is the same in all four corners: 450 feet. The turns are progressively banked from four degrees near the apron to seven degrees by the outside wall. Thirty Six drivers challenged 301 circuits on the Monster Mile in hopes for playoff security.

27-year-old Oklahoman Christopher Bell reeled in Hendrick’s Chase Elliott after several laps of intense battling to exercise the lead on Lap 259 of 301. CB increased his real-estate between himself and the NASCAR point’s leader by an impressive 5.767-seconds win on the 1.058-mile-long track. Bell safeguarded the last 42 remaining laps.

JGR Driver Martin Truex Jr., the pole-winner of the race, impressively won the first two stages while dominating a race-high 182 lap’s performance. MTJ fell victim to a late pit strategy call of two tire change which in time decelerated his chances to prosper. Truex Jr. from that point was trying to salvage what he could, finishing fourth.

Aric Almirola, the defending champion of the race was unsuccessful to catch the Louden Lobster, finished a disappointing 31 position.

The Victory marked CB’s second NASCAR Cup Series career Trophy for the third-year JGR driver. Bell checks off the 14th different driver to win a race in the first 20 races of the ongoing NASCAR season only six races remain in the regular season to secure a spot in the 10-race playoff.