Bengals Fall in Wild One to the Pack 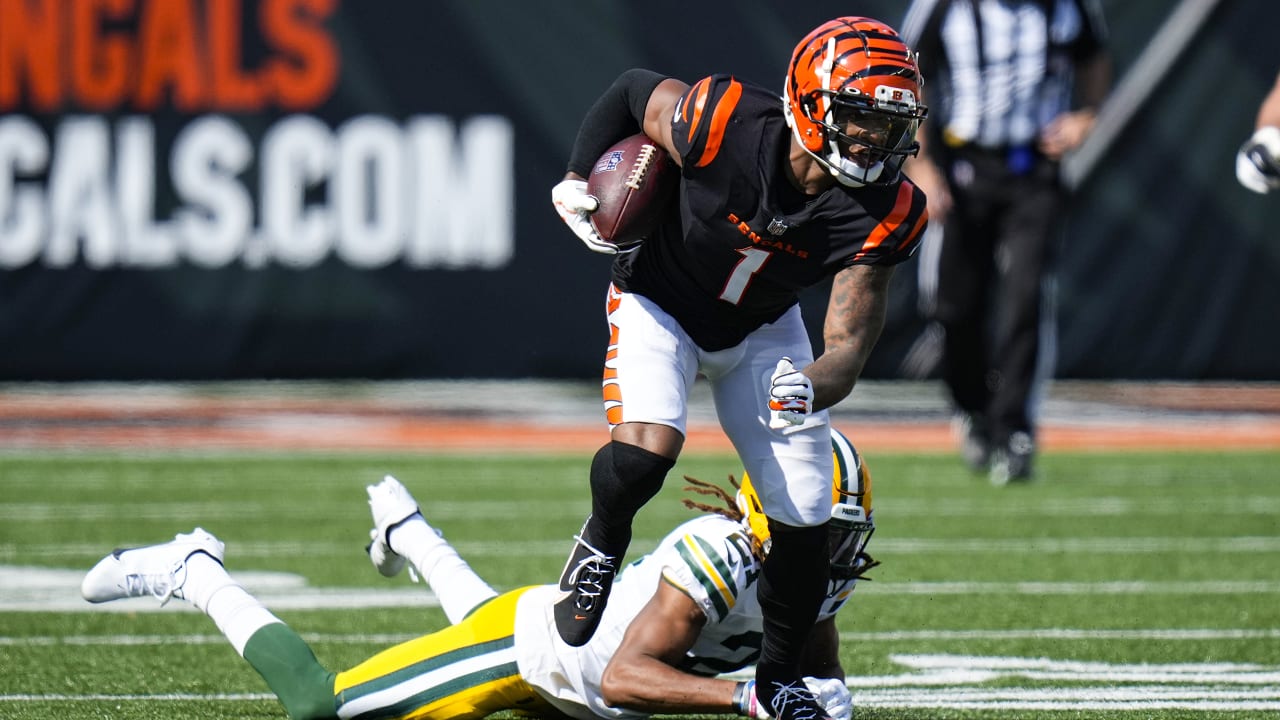 In a game of missed opportunities, the Green Bay Packers made one more play than the Cincinnati Bengals in the end. In what will go down as one of the craziest NFL games in recent history, the Packers found a way to improve to 4-1 while sending the Bengals to 3-2 after both teams’ kickers misfired on a combined five field goals during the final 2:12 of regulation. Green Bay’s Mason Crosby managed to connect with a 49-yarder with less than two minutes remaining to give the Packers a 25-22 win despite missing three field goals and one PAT.

Cincinnati took an early lead, spotted Green Bay an eight-point lead, and rallied to force overtime but couldn’t make the big play when it mattered most. Rookie kicker Evan McPherson had a chance to break a 22-all deadlock with 21 seconds left in regulation but his kick hit the right upright, missing a golden opportunity to give the Bengals the a three-point lead. He also had a chance to give Cincinnati a win in overtime but missed another field goal attempt with 4:14 remaining in overtime.

Green Bay’s Aaron Rodgers and Cincinnati’s Joe Burrow both gave their teams chances to win throughout the contest on Sunday. Rodgers completed 27-of-39 yards for two touchdowns and a 102.9 passer rating while Burrow completed 26-of-38 pass attempts for three touchdowns and 281 yards. He also threw two interceptions with one coming during Cincinnati’s opening drive in overtime.

Rookie wide out Ja’Maar Chase had another stellar effort, finishing with six catches, 159 receiving yards and one touchdown.

Burrow and Chase connected with a 70-yard touchdown pass two plays later, allowing Cincinnati to cut its deficit to 16-14 at halftime. Two more field goals by Crosby pushed the Packers’ lead to 22-14 with 11:22 remaining in regulation before seeing Joe Mixon bounce off a tackle on the right side and score on an eight-yard run. Burrow found Tee Higgins open in the end zone for the two-point conversion, tying the game at 22 apiece with 3:32 left in regulation.

Cincinnati will be back in action Sunday in the road against the winless Detroit Lions (0-5).