Bengals Fall to 0-7 with Loss to Jags 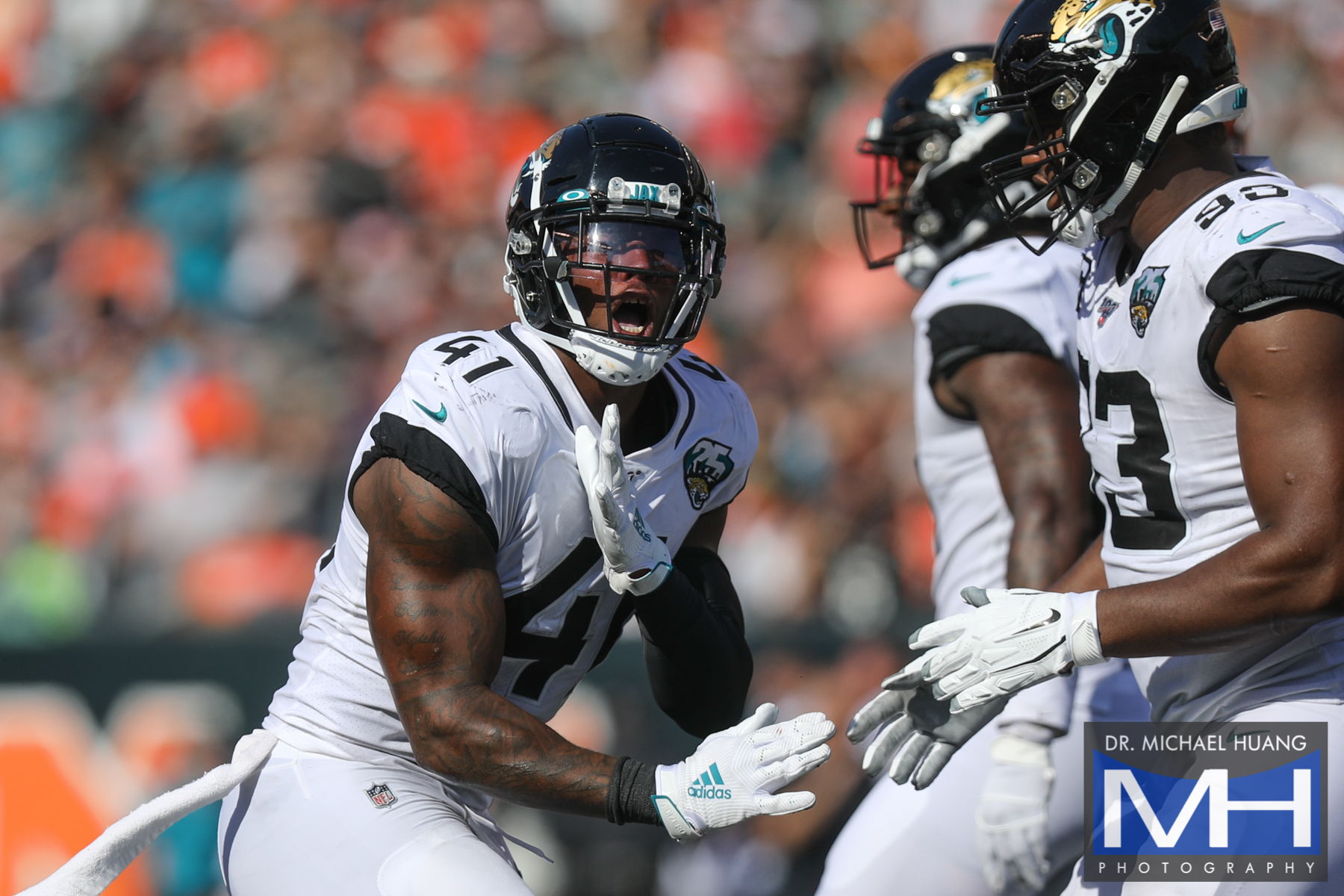 Cincinnati loses 27-17 to Josh Allen and the Jacksonville Jaguars.

On Sunday, the Cincinnati Bengals hosted the Jacksonville Jaguars in Paul Brown Stadium.

It was a low-scoring first half as Cincinnati led 7-6 at halftime. Each team scored in the final 1:25 of the second quarter. It remained a defensive struggle in the third quarter, and the Bengals took a 10-9 lead into the fourth quarter.

In the fourth quarter, the Jaguars broke open the game with a touchdown pass from Gardner Minshew II to Keelan Cole with 12:41 to go. The Jaguars led 27-17.

The game was put out of reach when Andy Dalton’s pass was intercepted by Yannick Ngakoue and returned 23 yards for a touchdown with 4:18 to go in the game.

The final score was 27-17 in favor of Jacksonville. The Bengals fall to 0-7 on the season, while the Jaguars are now 3-4.

For the Bengals, Alex Erickson had a tremendous day; he hauled in eight receptions for 137 yards. Cincinnati safety Jessie Bates III had a game-high 12 tackles.

What Does This Mean For The Bengals?

Cincinnati’s chances of making the playoffs this season are essentially non-existent. With this being coach Zac Taylor’s first year at the helm, Bengal fans should hope to see improvement as the year continues. Hopefully, the Bengals can use the rest of this season to get used to Taylor’s offensive system and be better prepared for next season.

The one positive in the Bengals record is that they are likely to have a top five pick in the 2020 draft. Hopefully, Cincinnati will be able to find cornerstone players which will help the organization for years to come.

What’s Next For Cincinnati?

The Bengals travel overseas for their next game which is against the Los Angeles Rams at Wembley Stadium, in London, on Sunday, October 27th. The game is scheduled to begin at 1:00 p.m. and will air on CBS.