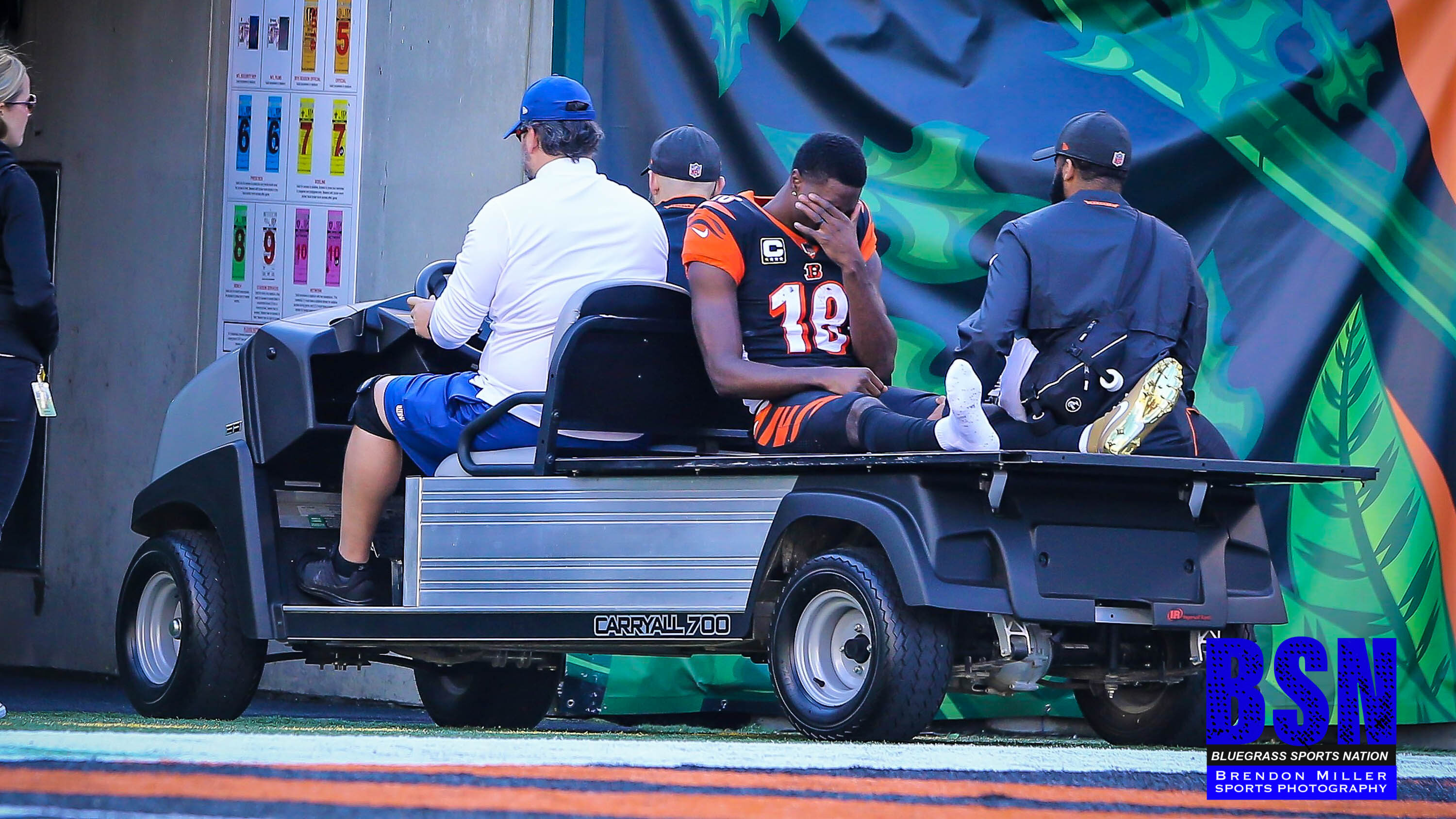 Bengals back in Cincy for rest of Camp

Toward the end of the seven on seven session, about 45 minutes into a practice scheduled to run an hour, A.J. Green got tangled up with Dre Kirkpatrick while trying to catch a pass up the right sideline. Green slammed his mouth piece to the turf and walked gingerly around the field briefly before ultimately being carted off the practice field and into the training facility.

Green’s cart ride away from the playing surface sucked the air out of Dayton, Ohio for most of the fans in attendance. There can be little doubt as to Green’s importance to the Bengal’s fortunes this upcoming season.

Head Coach Zac Taylor, in an interview after the practice session, conceded A.J., while carted off the practice field, suffered what he termed as “a lower left leg injury.” Taylor believed the injury not to be too serious though he cautioned there would be further medical evaluation forthcoming today.

While we will know more about the gravity of the situation some time today, early reports are that Green suffered a mild ankle sprain. It is anticipated this type injury would involve minimal absence from preparation for the upcoming season.

In other injury news from day one, John Ross was held out of 11 on 11 drills by the training staff. The exact injury resulting in his being held out of that portion of practice wasn’t disclosed to the media by Coach Taylor. However, Taylor confirmed his belief Ross’ injury wasn’t too extreme either.

Otherwise, Taylor indicated he was pleased with day one of practice from several standpoints. First, Taylor said all three units (offense, defense, special teams) preformed pretty well. As for “mental mistakes,” which are certainly expected on day one of any team’s practice, Taylor termed those as being “minimal.”

Overall, it was a productive first day where the team both executed and performed well. Everything about the session was reported to the media as being “positive,” aside from the field conditions, as the Bengals continue preparations for the upcoming NFL season.

This is Fletcher Long, reporting for Bluegrass Sports Nation reminding the Cincinnati Bengals to PLAY THROUGH THE WHISTLE!