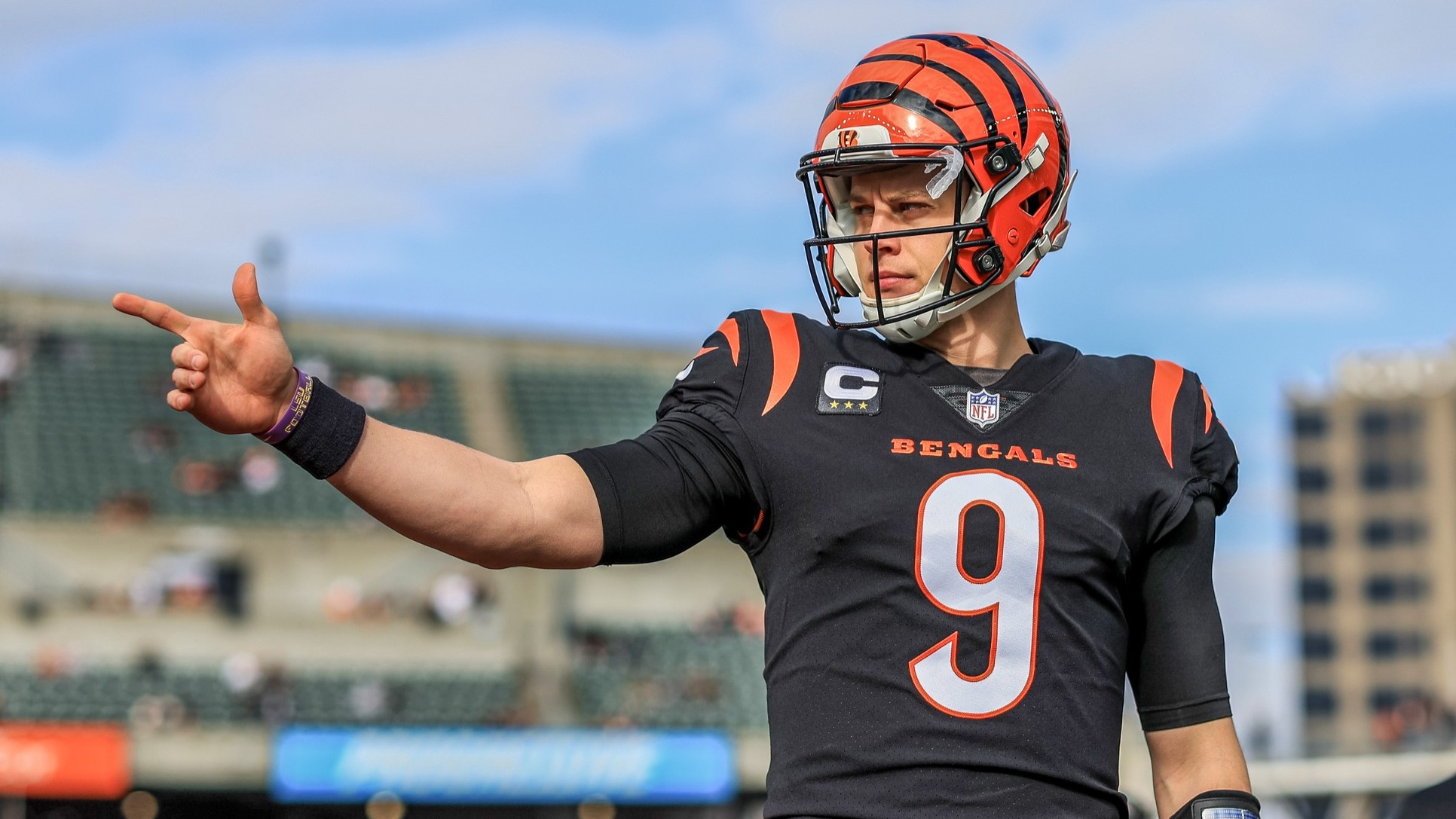 After paying tribute to Bills safety Damar Hamlin in pregame, a grim band of Bengals honored their second straight AFC North title in Sunday’s regular-season finale at Paycor Stadium by securing next week’s Wild Card home game and denying the Ravens a chance for coin flip with a 27-16 victory fueled by four takeaways, two fourth-down stops and a Cincinnati defensive touchdown.

The Bengals finished 12-4, tying the best record in club history, and now move to the Wild Card Game at Paycor against quite possibly a Ravens team that is going to look a lot different than the one that turned it over four times in the first half.

It’s a luxury the Bengals didn’t have and they appeared to suffer a blow when right guard Alex Cappa was carted to the locker room early in the fourth quarter after his ankle got rolled in the pocket. They’re already playing with backup right tackle Hakeem Adeniji after losing right tackle La’el Collins for the season on Christmas Eve and finished this game at right guard with four-year vet Max Scharping.

The Bengals needed to win to assure they wouldn’t have to go to a coin flip to determine the site of the potential Bengals-Ravens playoff game. Plus, a Cincinnati win and a Buffalo loss to New England would have given the Bengals the second seed, but the Bills took care of business on their home field.

So did the Bengals, but the Ravens always make it miserable. The Bengals jumped to a 17-0 lead in the first 16 minutes and backup quarterback Brandon Allen was warming up looking to relieve Joe Burrow.

But with eight minutes left in the game and protecting a 27-16 lead, there was Burrow unable to get an inch on third down at the Ravens 40. Then on fourth down, with tackle Jackson Carman eligible, Burrow tried a play-action rollout that the Ravens blew up for an incompletion.

It summed up a second half of frustration. The Bengals had only a field goal and a first down  and Burrow was under pressure for much of it and the Ravens came up with sack-strip at the Bengals.

Burt despite going just 25 of 42 for 215 yards and a 81.1 passer rating, Burrow won his 11th straight in Decemberr and January, Brown could offer only a 40.8 passer rating.

Defense carried both halves. Trey Hendrickson had his  second sack of the day and with 2:13 left Vonn Bell got another late fumble recovery, this one caused by rookie cornerback Cam Taylor-Britt.

The Bengals started a string of three straight turnovers and four takeaways when defensive tackle B.J. Hill blew up Anthony Brown as he was throwing and the ball fluttered into the arms of free safety Jessie Bates III for his fourth interception of the season, a career high.

Then Burrow, Houdini on the first two grueling drives as he stole about three sacks from the frustrated Ravens, did it again when he did The Rhumba to beat blitzing rookie safety Kyle Hamilton before throwing a third-and-10 seed to Boyd over the middle for 22 yards.

Then on second-and-12 after the Ravens blew up a screen to Chase at the Baltimore 13, Boyd ran one of his patented slants over the middle for 12 yards. On the next play, with head coach Zac Taylor running down the sideline yelling for a timeout, Mixon banged it in from one yard for the 10-0 lead (his first TD since the five-TD day two months ago) and delighted the crowd by pulling a coin out of his sock, flipping it and then his teammates joining him in a kicking motion.

Mixon had already flipped the record book earlier in the day when he caught his 57th pass of the year, breaking Giovani Bernard’s Bengals’ nine-year-old record of catches by a running back.

The fun continued on the first play of the second quarter when Brown threw slightly behind Demarcus Robinson and Robinson tipped it to the arms of trailing slot cornerback Mike Hilton at the Ravens 32 for the second straight pick.

Burrow had a rare wide-open miss for a touchdown when on second-and-four from the 26 he didn’t put enough air under it and overthrew the alone Higgins down the left sideline.

But on the next snap Burrow went to the same place and Chase showed those lumberjack-strong hands when he went up and over Worley to pluck Burrow’s Bengals record 35th touchdown pass for a 17-0 lead less than 16 minutes into the game. It also vaulted Chase over the 1,000-yard mark for the second straight season.

The Bengals then turned over the Ravens a third straight time when they stuffed running back Kenyan Drake for a one-yard loss at the Bengals 29 on fourth-and-one. Rookie cornerback Cam Taylor-Britt came flying off edge to start the stop.

The Bengals finished off the defensive onslaught with the help of curious clock management by the Ravens in the last minute of the first half after Drue Chrisman’s 56-yard punt pinned Baltimore on its five. After a second-and-nine incompletion froze the clock for the Bengals, Brown dropped back to pass and Hendrickson backed left tackle Ronnie Stanley into Brown for a sack-strip in the end zone and with the ball rolling through cleats, edge Joseph Ossai fell on it for the Bengals’ first defensive touchdown of the season with 30 seconds left in the half.

That made it 24-7 and while the offense wasn’t as sharp as it was Monday night, Burrow did complete 18 of 28 passes for 134 yards while the Bengals stone-cold the Ravens for 163 yards in the half.

Not only did the Ravens sit so many to players, Baltimore

also didn’t have dangerous kick return man Devin Duvernay, out with injury. The man taking the kicks was running back Justice Hill, the brother of Bengals rookie safety Dax Hill coming off last week’s 56-yard return against the Steelers.

The Ravens also lost one of their top rotational backs early in the game when Gus Edwards was ruled out with a concussion.