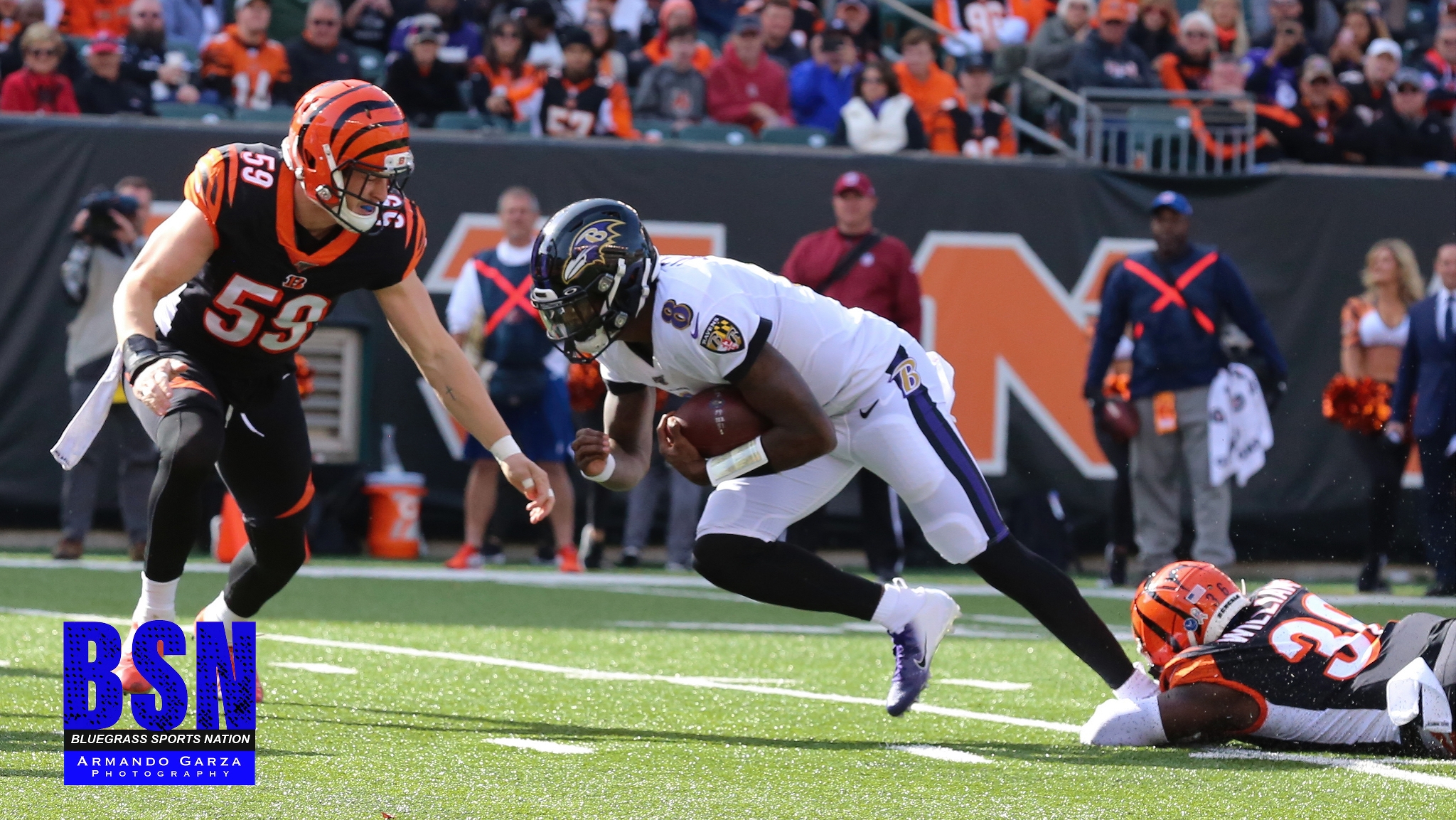 On Sunday, the Cincinnati Bengals hosted the Baltimore Ravens. It was a clear and sunny day as 45,198 filed into Paul Brown Stadium. The Bengals started rookie Ryan Finely over the face of the franchise, Andy Dalton. Despite this, Dalton was named a captain for Sunday’s game.

Brief Game Recap:
The Ravens jumped out to a quick start, scoring on their first three possessions to take a 21-3 lead with 9:28 to play in the first half.

With nearly four minutes remaining in the second half, Cincinnati had the ball at the Baltimore 15-yard line. However, Ryan Finley’s pass, which was intended for Alex Erickson, was intercepted and returned 89 yards for a touchdown by Marcus Peters. Baltimore had a 28-3 lead with 9:28 to play in the first half. The Bengals were able to score a touchdown on their final drive of the half, making the score at halftime 28-10 in favor of the Ravens.

It was all Baltimore in the second half as they outscored Cincinnati 21-0 in the third quarter. In the end, Baltimore walked away with a 49-13 victory.

Impressive stats for the Bengals:
Joe Mixon carried the ball 30 times for 114 yards while also tallying two catches for 37 yards.

Interesting Facts for the Ravens:
On one play, the Ravens had Lamar Jackson, Robert Griffin III, and Mark Ingram in the game. The connection? All three players are former Heisman Trophy winners.

Lamar Jackson went 15 of 17 for 223 yards and three touchdowns through the air. Jackson also ran for 65 yards and a touchdown on seven carries. Jackson had a perfect passer rating and a nearly perfect QBR.

After Sunday’s game, Lamar Jackson and Ben Roethlisberger are the only players in NFL history to have multiple games with a perfect passer rating in the same season.

What’s Next:
Cincinnati’s next game will take place on Sunday, Nov. 17, as they travel to Oakland-Alameda County Coliseum to play the Oakland Raiders. The game is scheduled to start at 4:25 p.m. EST and will air on CBS.