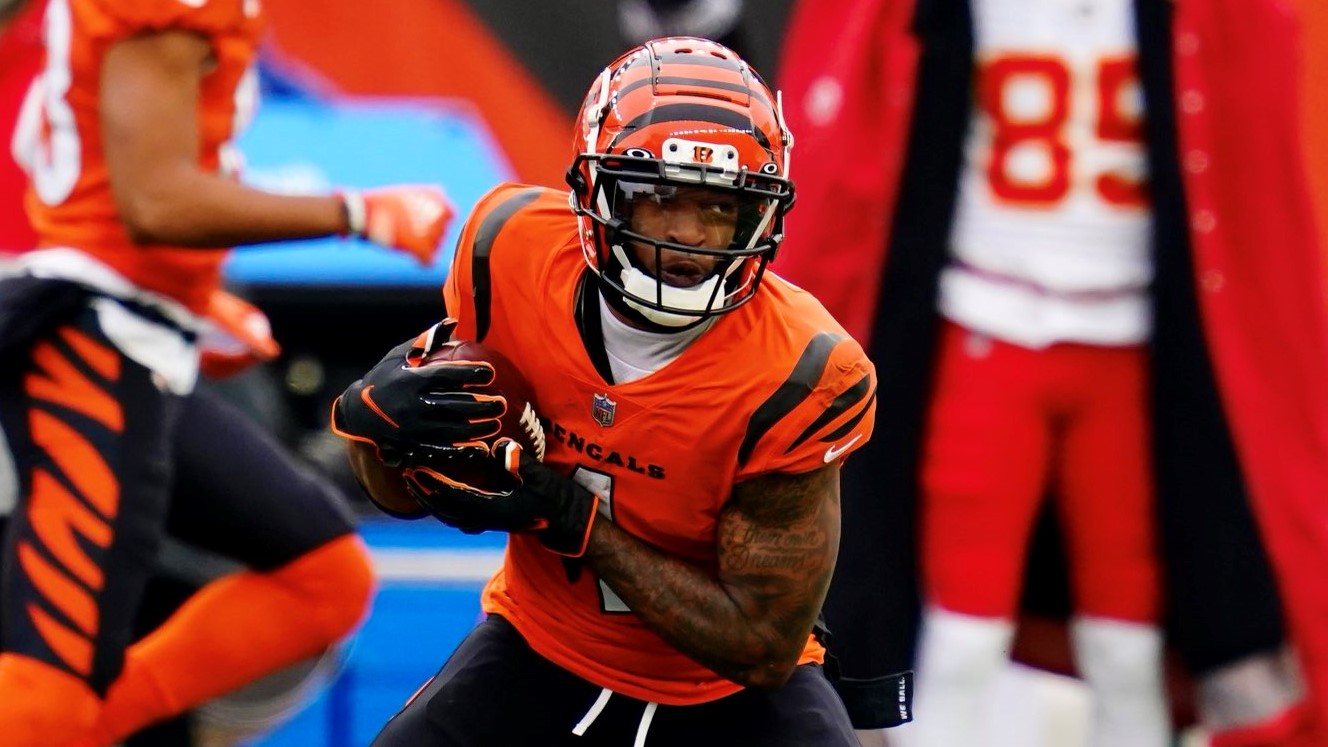 What a start to 2022! The Bengals have clinched a playoff spot with a 34-31 win against the top-seeded Kansas City Chiefs.

The offense kept the Bengals in the game early as the Chiefs and Patrick Mahomes came out firing. Joe Burrow continued his great run. In the first half, Burrow passed Andy Dalton for most passing yards in a single season in franchise history. In the second half, Burrow passed Dalton’s touchdown mark as well.

On the day, Burrow had over 400 yards for the second week in a row, with Chase adding another 200 yards receiving and three touchdowns.

The two teams traded three-and-outs, but the Chiefs got the first shot at the end zone. After a questionable pass interference call on Eli Apple in coverage against Travis Kelce, Mahomes fired off a pass up the middle to Demarcus Robinson for a 29-yard touchdown. The Chiefs had the first score, and after Harrison Butker’s extra point, they had a 7-0 lead with 9:21 remaining in the first quarter.

The Bengals went three-and-out again, and the Chiefs offense continued to find holes in the Bengals’ defense. Mahomes drove the offense down the field pretty quickly, and got the Chiefs down to the goal line. Kelce slipped away from the Bengals’ coverage, and scored on a short touchdown reception. With 2:50 to go in the quarter, the Chiefs had a 14-0 lead after the extra point.

The Bengals didn’t wait long to answer, and scored only two plays later as Burrow hit Ja’Marr Chase on a ten-yard pass for the first down. Chase made a man miss, got a block from C.J. Uzomah, and ran the ball the rest of the way for a 72-yard touchdown. With the extra point, the Bengals trailed only 14-7 with 2:01 left in the first quarter.

The Bengals had the Chiefs in a third-and-ten, but Mahomes connected with Mecole Hardman for 53 yards, which set up a short Darrell Williams rushing touchdown. The Bengals originally had Williams stopped, but he moved in with the second effort. Once again, the Chiefs held a two-score lead, up 21-7 with 12:56 to go in the second quarter.

Then Burrow found Chase for another touchdown, and though it was for fewer yards it was no less spectacular. Chase climbed the ladder, held the ball away from the defender with one hand, and got both of his feet in bounds. After the 18-yard touchdown and the extra point, the Bengals still trailed 21-14 with 7:42 on the clock until the half.

The Chiefs picked up where they left off and drove all the way inside the 10-yard line. Mahomes scrambled and got the ball to the goal line, and Williams punched it in for his second one-yard touchdown of the game. With the extra point, the Chiefs had a 28-14 lead with 2:18 until halftime.

The Bengals couldn’t get a touchdown in the last two minutes, but Evan McPherson came on for a 46-yard field goal. The kick was good, and the Bengals cut into the Chiefs’ lead with 41 seconds left. The halftime score favored the Chiefs 28-17.

The Bengals’ defense forced a three-and-out on the first drive, but gave up touchdowns on each subsequent defensive possession. Mahomes completed 16 of 20 passes for 209 yards in the first half, throwing for two touchdowns. As a team, the Chiefs rushed for 69 yards and two touchdowns on 13 rushes.

The Bengals offense was also rolling, but they were just a touch behind Kansas City. Burrow had 193 yards and two touchdowns, and Mixon had 28 rushing yards on only four attempts.

The Bengals didn’t take long to score in the second half. The Chiefs left Chase wide open, and they paid for that mistake with a 69-yard touchdown. The point after was good, and the Bengals trailed 28-24 with 13:30 to go in the third quarter.

In a game filled with offense something strange happened next, as three straight drives ended in punts.

After that, Burrow threw up a 39-yard lob to Tee Higgins on the sideline. The Bengals got some help from penalties on the Chiefs, and Burrow lobbed a fade to Tyler Boyd in the corner of the end zone for a five-yard touchdown. The extra point was good, and the Bengals had their first lead of the game, up 31-28 with 11:44 to go in the game.

The Chiefs, who hadn’t scored all half, tried to get back to what they did in the first. They drove down the field, but the Bengals forced the Chiefs to settle for a field goal for the first time all game. Butker’s kick was good, and the Chiefs had the game tied at 31-31 with 6:01 until the final whistle.

Instead of scoring a touchdown, the Bengals forced the Chiefs to burn all of their timeouts. They kneeled and spike the ball to give McPherson an easy chip shot to win try to win the game.

The kick was good, and the Bengals won not only the game, but the division.

With that, the Bengals improve to 10-6 and clinch the AFC North. The Bengals will play in the postseason for the first time since 2015, and the first of hopefully many in the Taylor/Burrow era.

The Chiefs dropped to 11-5 on the season. If they lose next week and the Bengals win, the Bengals have a chance at the top seed in the conference.

There is some concern with Burrow after he left the end of the game with a knee injury, though he didn’t appear to be in serious pain on the sideline, so this will be something to monitor.

The Bengals finish the year in Cleveland for the first-ever NFL Week 18.