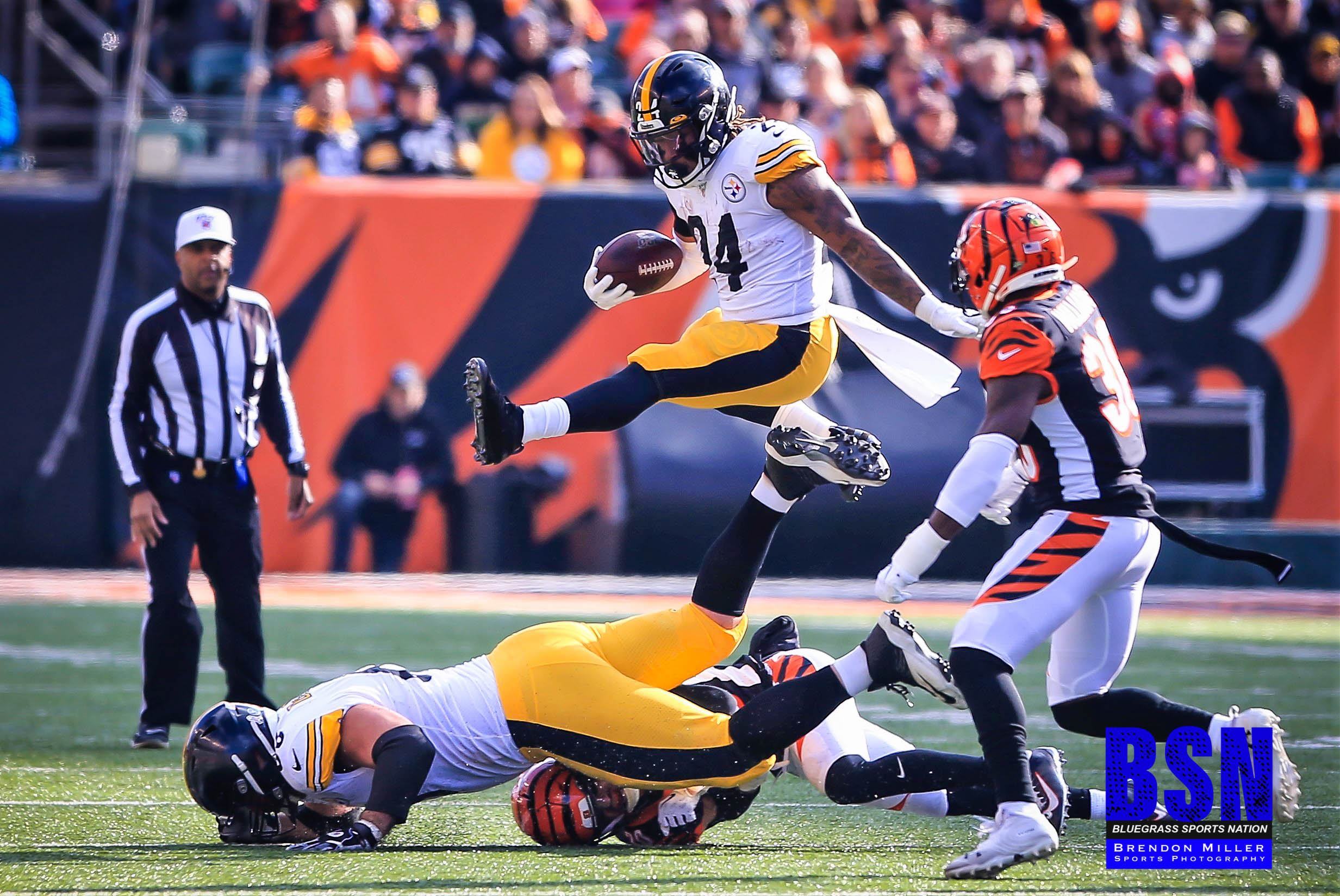 If you weren’t watching the Steelers and Bengals in Cincy on Sunday and did not see Benny Snell hurdle two players, we have the whole sequence captured for you!!!

Snell decided to take to the air in the 2nd Quarter as the Steelers dialed up an off tackle run. Quarterback Mason Rudolph handed the ball to Benny with right guard David DeCastro pulling and leading the way. Bengals safety Jessie Bates forced the edge and met DeCastro head on. DeCastro blocked Bates to the PBS turf and the Bengals other safety Shawn Williams pursued and forced Benny into the path of the block. That is when Benny hit the rockets for lift off and hurdled DeCastro and Bates below. Benny played Super Man and cleared the duo where he was then tackled by the Bengals. The play wasn’t a gainer, but it sure was spectacular!!! Glad to be in position to capture it!!

Thanks to Benny for three great years in the Blue and all he did for the Wildcat program!!! Wish him the best in the NFL!! 98 yards in his first start is a great start! SNELL YEAH!

Enjoy the 14 frame sequence of the play! The 14th frame is blurred, but included it to show Benny landing!!