Big Second Half Propels Cardinals to Win Over James Madison 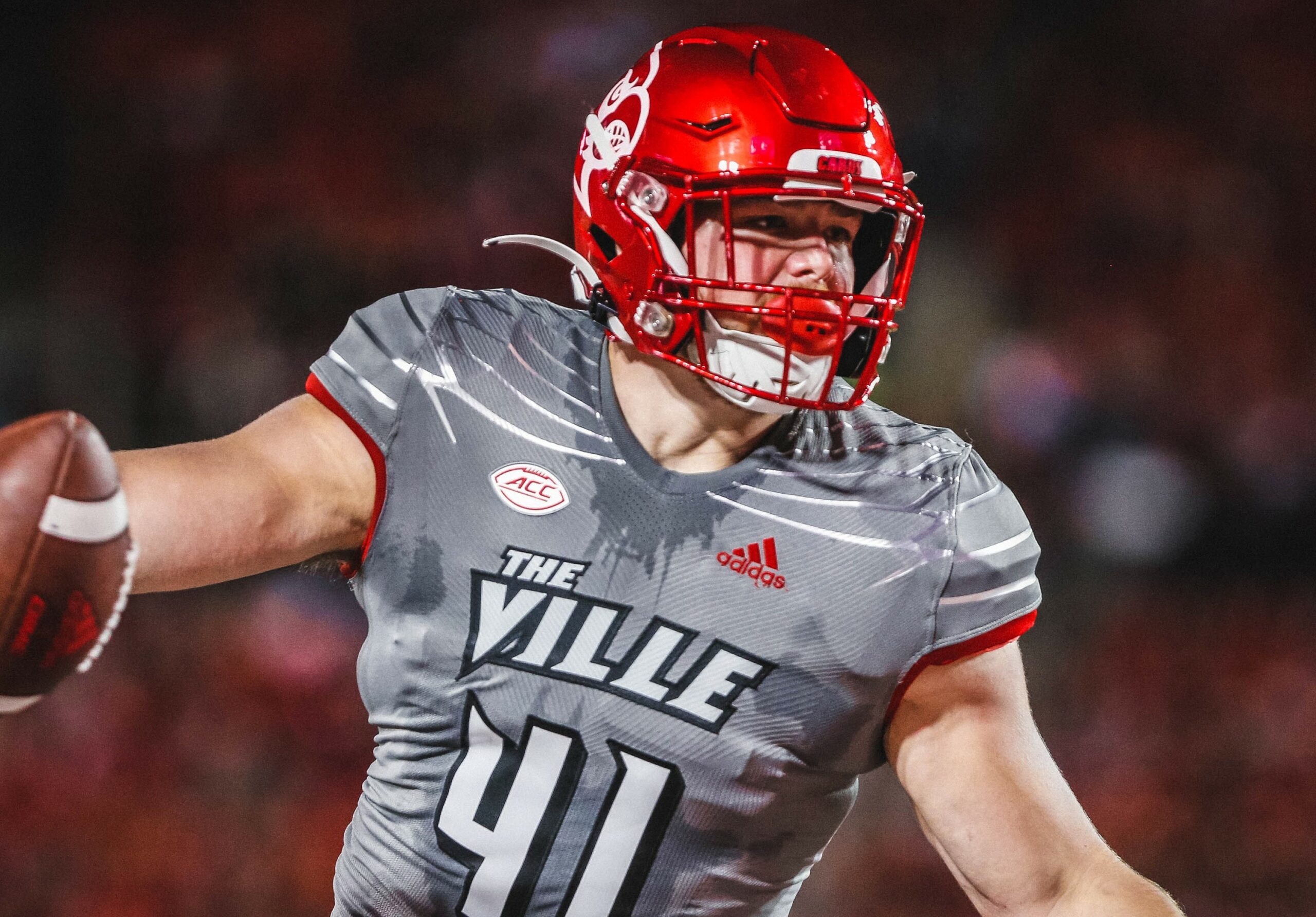 The University of Louisville football team defeated James Madison, 34-10, for its fourth consecutive win on Saturday night at Cardinal Stadium. The winning streak is the longest for the Cardinals since they won five in a row during the 2016 season.

With the score tied at 10 going into the locker room, Louisville scored 24 points in the second half while shutting out the Dukes’ offense for the remainder of the game.

The offense was led by the two-headed rushing attack of Tiyon Evans, who rushed 10 times for 126 yards, and Jawhar Jordan, who added 117 yards on 17 carries. The two became the first Louisville running back duo to rush for over 100 yards in the same game since September 2012.

The Cardinals managed 244 rushing yards as a team against the nation’s top-ranked rushing defense, which stands as the most the Dukes have allowed since 2019.

The passing game also came alive with Malik Cunningham tallying 223 yards through the air and tossing three touchdowns to three different receivers. Tyler Hudson broke out with six catches for 142 yards, along with his first touchdown in a Cardinal uniform.

Louisville’s defense held James Madison to 193 total yards while continuing its second-half success. During their four-game win streak, the Cardinals have now outscored their opponents 97-17 in the second half.

With the win, Louisville becomes bowl-eligible for the second consecutive season and for the 25th time in school history.

Louisville Head Coach Scott Satterfield Said:
“First off, I am proud of our guys. James Madison has a good football team, we knew that coming in. We knew it was going to be a four quarter, tight game. They came out and tried to occupy the ball, melt the clock down and trying to run that clock to limit our plays offensively. They did a pretty good job of that in the first half. They really didn’t try to throw the football much at all. Coming in, it was a great job by our offense to get down there and get some points right before halftime. That was huge, I thought.  Come out in the second half and go down and do some good stuff offensively. Defensively, we really had a great second half. We shut down the running game and they tried to throw the football a little bit and really did a great job in the secondary to stop the pass in the second half as well. It was one of those gritty, hard-fought games and I am proud of the way our guys played. I think it’s been great to win four in a row. We got to the halfway point and everyone was talking about how daunting the last six games are. Our guys have just been taking it one day at a time and one game at a time and taking care of business. I am really proud of them for that. It doesn’t get any easier, we have Clemson next week. I am looking forward to that game and get back to practice. I do want to say something about our crowd. Our student section was phenomenal tonight across the way. The band was right beside them and there was a ton of noise coming from that section. I was really proud of our students coming out and supporting this team – coming off a big win, beating Wake Forest, the No. 10 team in the country. Three in a row, trying to get to four in a row and getting bowl eligible. I really appreciate our students for coming out and being loud tonight. Proud of our team and looking forward to getting back in here tomorrow.”

05:49 – UL | Malik Cunningham found Isaac Martin for a one-yard touchdown to give the Cards their first lead of the night. Louisville’s opening drive covered 75 yards in six plays and took 2:54.

Fourth Quarter
12:22 – UL | Malik Cunningham hit a crossing Tyler Hudson who sprinted into the end zone from 44 yards out for the touchdown. Louisville needed just five plays and 2:30 to go 70 yards.