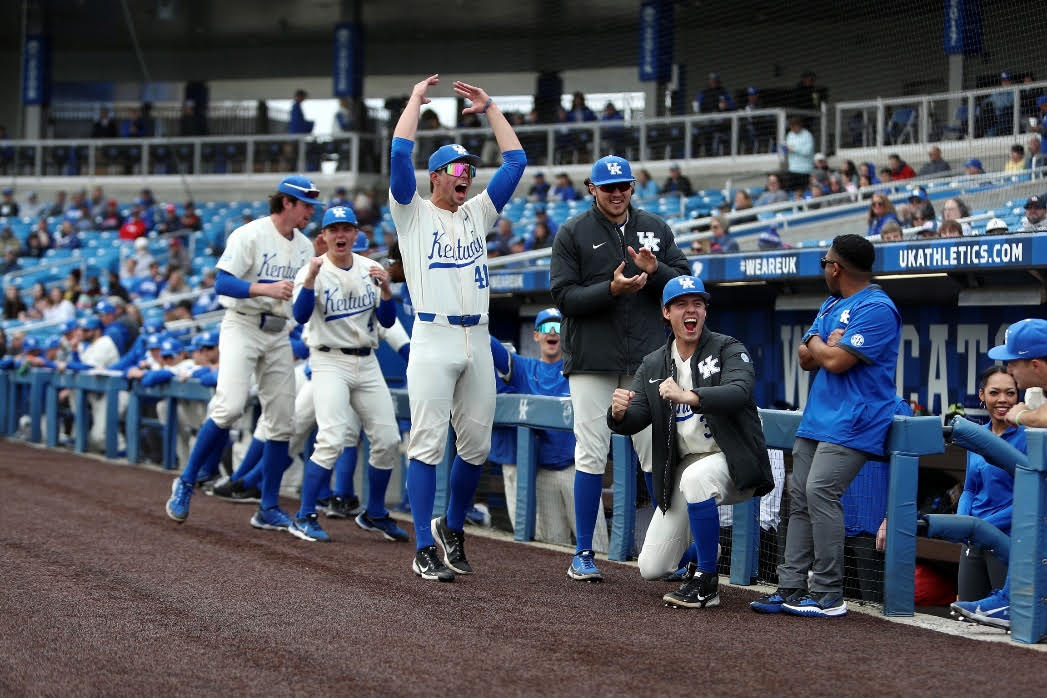 Jacob Plastiak belted a pair of late-inning home runs to centerfield and Kentucky defeated No. 9 Ole Miss, 9-2, on Saturday at Kentucky Proud Park. It was the fifth victory this season over a top 10 opponent and the 2,000th all-time win in program history.

Kentucky (18-10, 3-5 SEC) set up a series rubber match on Sunday with the win. It was the eighth come-from-behind win for the Wildcats this season.

Ole Miss (18-8, 3-5) took a 2-0 lead in the first but UK held the Rebels to one hit over the final eight innings and scored nine unanswered runs. Plastiak turned a taut game into a laugher with a pair of majestic blasts in back-to-back innings to put the game out of reach. He finished with four RBI in the game and started Darren Williams was sensational in 6.1 innings of work to earn the win. Daniel Harper picked up the save with 2.2 hitless innings of relief.

Kentucky and Ole Miss meet again on Sunday at 1 p.m. ET on the SECN+. The radio call will be on the UK Sports Network.