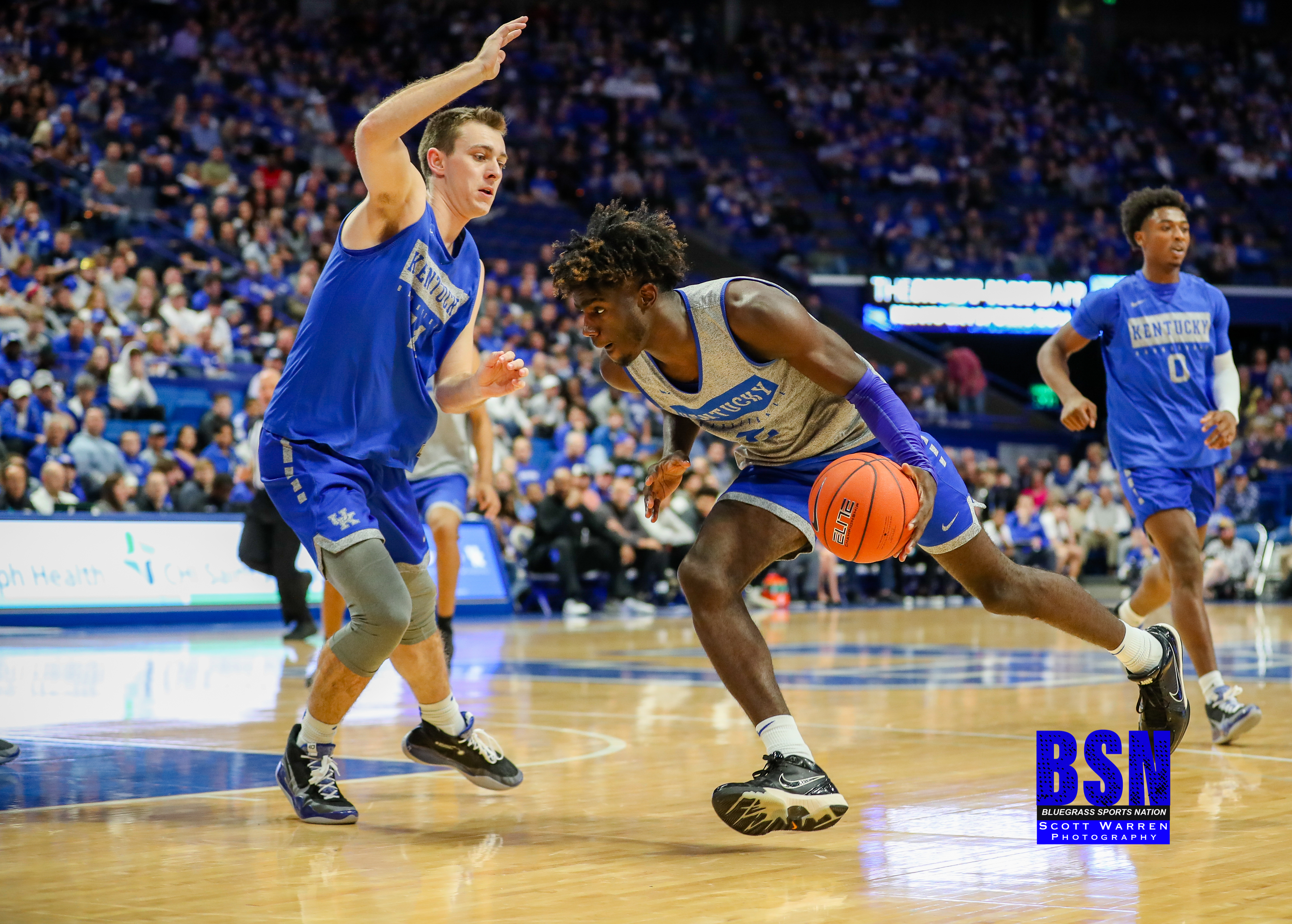 For what it’s worth, the White Team defeated the Blue Team 81-80, but the rosters were altered at halftime.

It was a fun and entertaining experience for the 13,574 in attendance at last night’s Blue-White Game. BBN was given their first true look at this year’s team. Unlike the scrimmage at Midnight Madness, the Blue-White Game was played more like a regular game.

Since there were only 10 players who were able to play last night, due to either health or lack of practice time, all 10 players played the entire game.

Nate Sestina is quickly becoming a fan favorite. Last night, Sestina scored 22 points; going eight of 12 from the field, four of eight from three-point range, and two of two from the free throw line.

Nick Richards played really well. Richards went eight of 12 from the field, scoring 20 points while hauling in 11 rebounds. Richards also went four of five from the free throw line, which is a very good percentage, especially for a post-player.

Keion Brooks Jr. posted a double-double with 20 points and 11 rebounds.

Immanuel Quickley scored a game-high 25 points to go along with six assists and a pair of steals.

Ashton Hagans had 14 points as well as six assists and three steals.

All things considered, none of the players played poorly, and BBN should feel very happy with last night’s performance.

Anything To Be Concerned About?

Last night, the teams combined to go 12 of 41 from three-point range. Ashton Hagans went three of six from three-point range while Nate Sestina went four of eight, which means the rest of the team went five of 27 on three-point attempts. While that is a low percentage, it’s early in the season, so I don’t think it’s anything for BBN to be concerned about at this time.

This weekend, the program is hosting alumni festivities, which began at the Blue-White Game as some of the program’s greatest players were recognized throughout the night, including Jack Givens and Louie Dampier. There are approximately 90 alums spanning eight different decades who will be in attendance for the weekend’s festivities, including former players, coaches, and staff members.

Kentucky’s next appearance will come in an exhibition game against Georgetown College on Sunday, October 27th. The game is scheduled to begin at 5:00 p.m. and will air on the SEC Network.