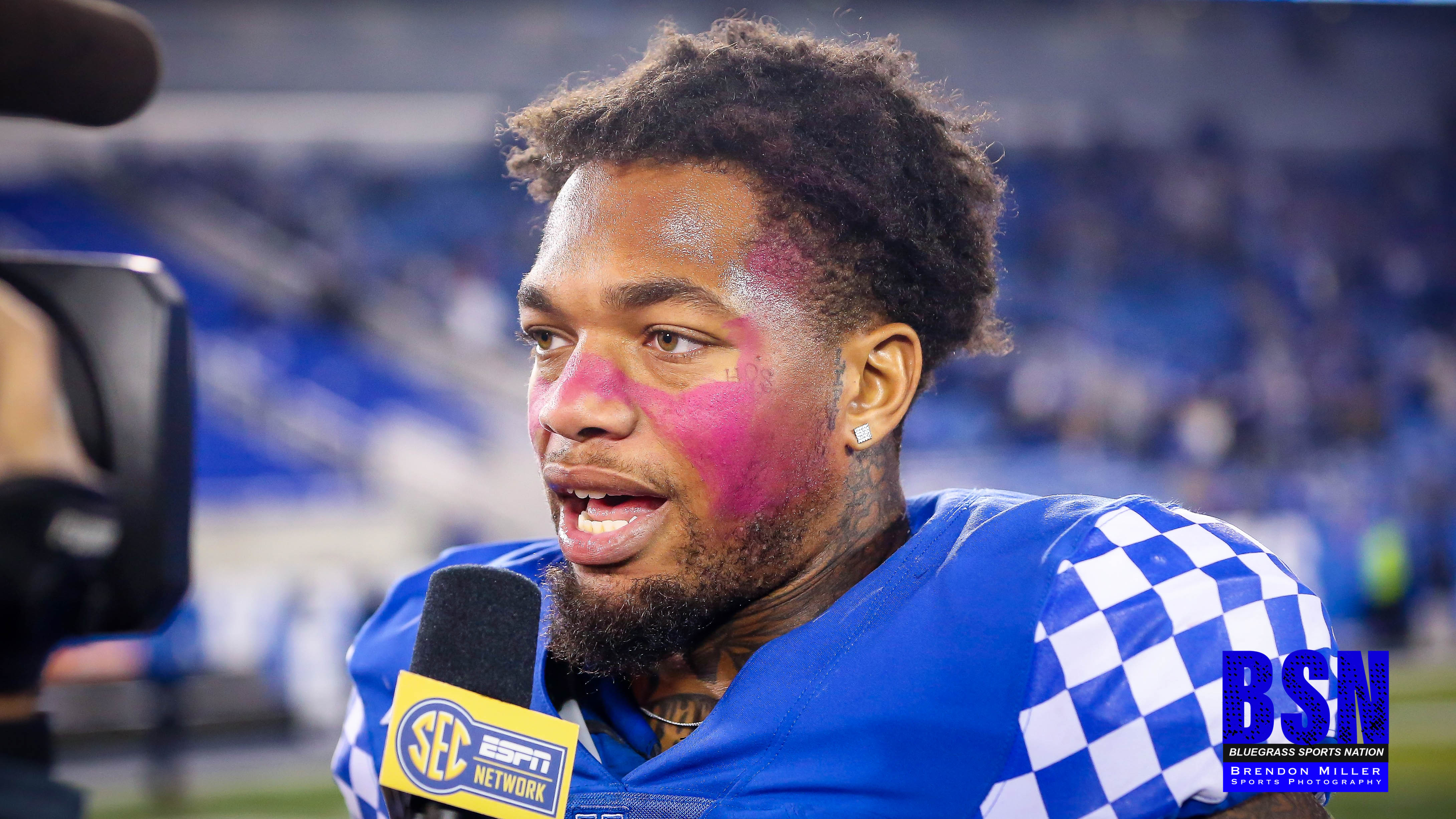 LEXINGTON, Ky. –University of Kentucky junior all-purpose player Lynn Bowden Jr., has been named the winner of the 39th annual Kentucky Sports Figure of the Year award, it was announced today by the Lexington Herald-Leader. He was named the winner after a vote of 169 current and former media members around the Commonwealth.

Bowden etched his name into program lore this season after injuries at quarterback forced him to return to the position for the first time since high school. All the junior did was set a school record for career and single-season rushing yards by a quarterback, break the Southeastern Conference’s single-game rushing mark by a quarterback, turn in the second-highest single-game rushing total in UK history, highest single-season yards per rush attempt average and deliver at least 100 rushing yards in seven of his eight starts at quarterback (missed an eighth by a single yard vs. Georgia). The Wildcats won six of his eight starts at quarterback while advancing to a fourth-straight bowl game and re-writing the school’s record books for rushing production.

The Youngstown, Ohio native averaged a nation-high 7.94 yards per rushing attempt, breaking Stanley “Boom” Williams’ record of 7.1 per attempt in 2015. He finished with 4,660 all-purpose yards in his career, fifth in UK history and had 1,530 career rushing yards as a Wildcat, moving into 21st place on the UK career rushing list. He also ranks 13th on UK’s career receptions list with 114 and is 18th on the career receiving yards list with 1,303 yards. His 1,468 rushing yards marked the second-highest single-season total in school history behind Moe Williams’ 1,600 in 1995.

Bowden also won the Paul Hornung Award for the nation’s most versatile player and was named a first-team All-American by the Associated Press, AFCA FBS Coaches’, Sports Illustrated, ESPN.com, Sporting News, The Athletic, USA Today, Phil Steele and Athlon Sports. He also was a first-team All-SEC selection by the AP, Coaches, Phil Steele and Athlon Sports.

After an unforgettable performance in his final collegiate game vs. Virginia Tech in the Belk Bowl, Bowden earned All-Bowl Team honors from the AP, ESPN.com, Sports Illustrated and USA Today. He turned in one of the greatest performances in UK football history, rushing 34 times for 233 yards and two touchdowns in the 37-30 win. He also completed 6 of 12 passes for 73 yards, including the game-winning 13-yard TD with 15 seconds left, earning the game’s Most Valuable Player honors. He handled the ball on 16 of the 18 plays in UK’s game-winning drive, including converting a pair of fourth downs to keep the march alive. His 233 rushing yards set an NCAA record for most rushing yards by a quarterback in a bowl game.

Bowden is the second straight UK football player to earn the Sports Figure of the Year as Josh Allen was named the winner in 2018.