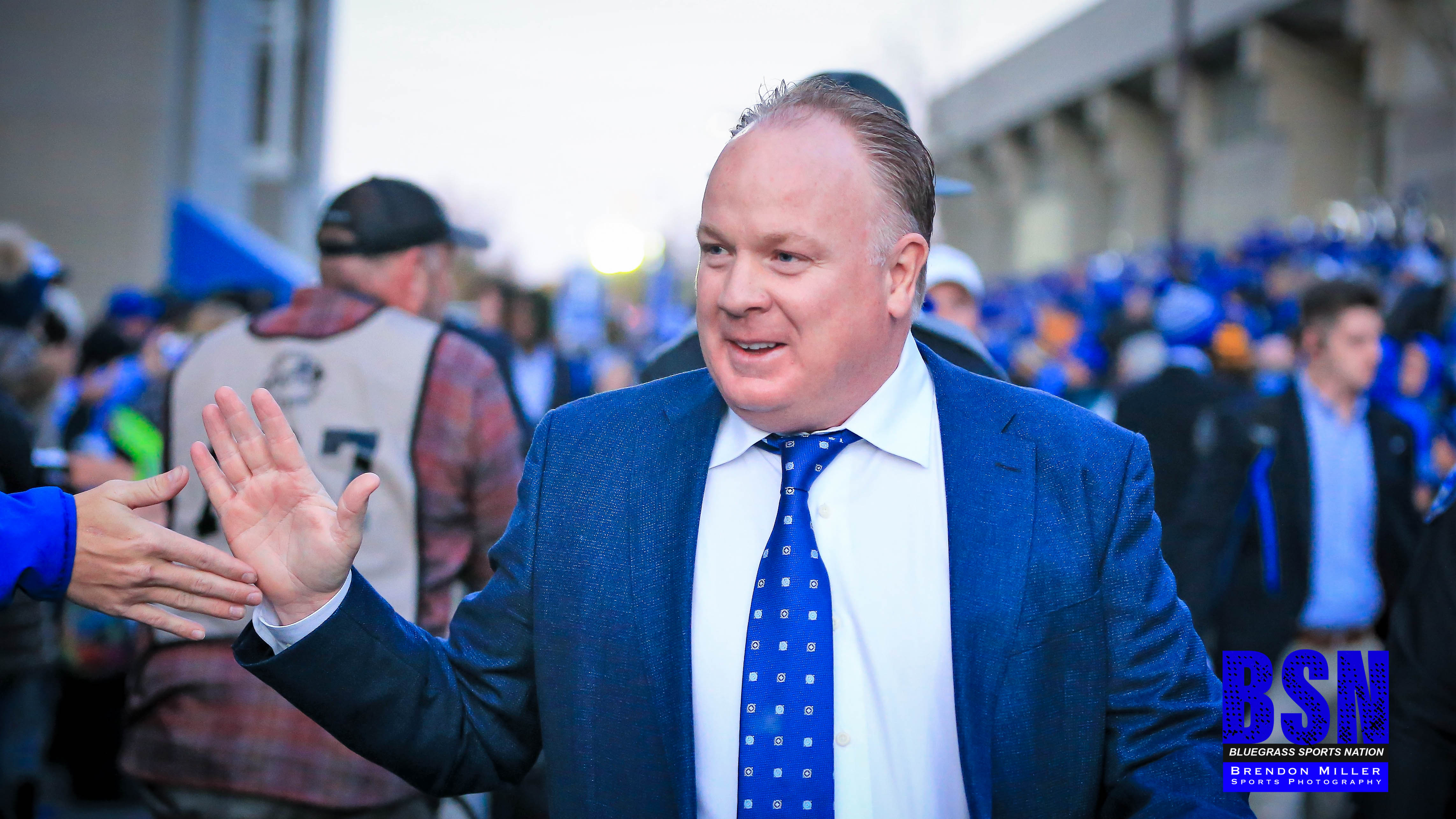 Kentucky’s football team is making a habit of playing in the postseason, but that hasn’t always been the case.

That’s why Kentucky Athletics Director Mitch Barnhart was happy to accept a bid to play Virginia Tech in the Belk Bowl on New Year’s Eve in Charlotte. Prior to the past two decades, playing in any bowl game brought excitement and expectation, no matter the destination.

“You can’t get into these things and think that unless you’re undefeated you own the day,” Barnhart said. “And sometimes when you’re undefeated you don’t get to own the day. So, at the end of the day, we’ll always be appreciative of where we go. We knew that there were two or three options available. And, basically, two options available to us depending on how many teams got up in the bowl situation. And we knew that in terms of the order of choices, and how people pick bowls, that there were two, about two places that we were going to get to go.”

Sure, Kentucky has played in Florida in the postseason twice in the past two years, but those were under a different set of circumstances. This year’s squad won five of their last seven games but had to overcome a season of adversity and pieced together three straight wins to end of the regular season with a 7-5 record. The string finish had the Wildcats in contention for a bid to the Gator Bowl for the second time in four years, but the scenario proved to be a longshot at the end of the day.

“Then you get into opponents and things like that that happen, and then you talk about the Belk Bowl,” he said. “This is a bowl that has been good to our league. It has been supportive of the SEC. It’s not even really in the SEC footprint, so to speak. It’s out of our footprint. And so for them to jump into our footprint and be supportive of our league with the ACC, it’s a really good matchup for us against a really good opponent. So I’m excited for our players to get to experience something new.”

A narrow loss to Tennessee proved to be the difference between playing in Florida and making the shorter trek to Charlotte to finish out the 2018 calendar year. The prospect of playing Indiana in the Gator Bowl was intriguing, but it turned out not to be the place to play the Hoosiers again. Instead, Tennessee, which finished ahead of Kentucky in the pecking order by virtue of its win over the Cats, will play the Hoosiers in Jacksonville. The Music City Bowl was out of play because of a two-year unwritten rule that prevents teams from playing in the same bowl game twice within a three-year period.

Barnhart said the Music City Bowl scenario “narrowed the field a little bit” and that makes total sense, especially if you are playing in a bowl game that’s relatively close to home.

“Then there’s a geographical piece and where will your fans go and those kinds of things,” Barnhart said. “I knew that we would get a phone call mid-afternoon (Sunday) after the rankings came out and they would say that hey, this is where it’s sort of landed, and we would probably, there would probably be not a lot of room in that and that’s OK. We haven’t been to Charlotte before. We’re excited about it.”

The players are, too.

“Florida would be cool just because it’s warmer but, other than that, it doesn’t make a difference to me personally,” senior offensive lineman Logan Stenberg said.

Much like Kentucky coach Mark Stoops and Barnhart, the players understand the importance of not taking playing in the postseason for granted.

“I think it just highlights the 2015 class, just a culmination of us coming in together as a program,” Kentucky senior Calvin Taylor Jr. said. “That was kind of our mantra ‘Why not Kentucky?’ just kind of changing the program around, so I think that really shows that we’re not a program that’s just satisfied with going to a bowl. We’ve turned ourselves into a program that’s respected across the country, so it means a lot.”

Kentucky football has indeed come a long way in the past two decades with bowl appearances – wherever they happen to be – being the rule rather than the exception.