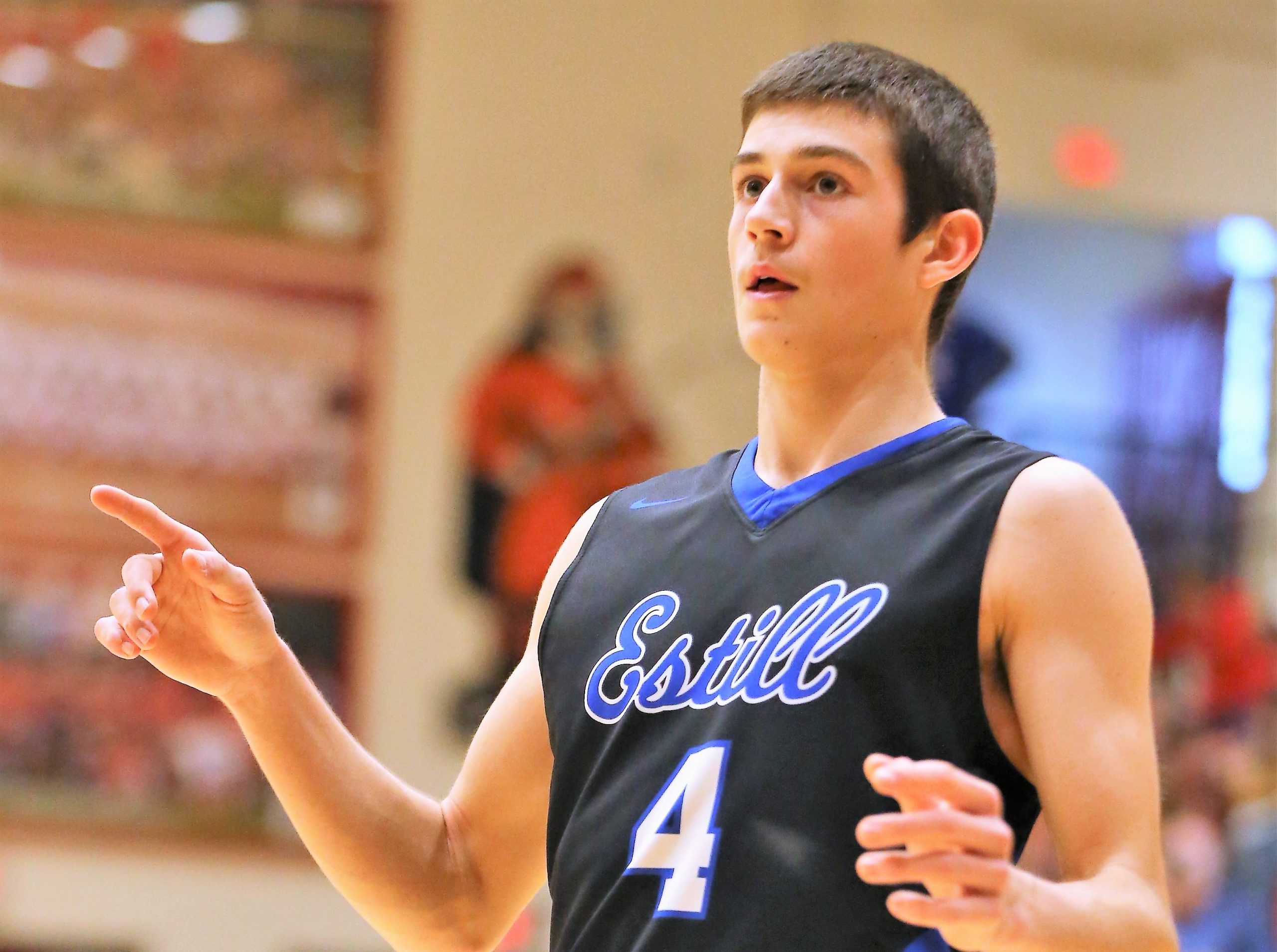 Estill wins their first game of the decade in a road trip to Stanton against the Pirates.

On Friday night, the Estill County boy’s and girl’s basketball teams traveled to Powell County for a double-header. The first game of the night featured the boy’s teams and the second game featured the girl’s teams. In the boy’s matchup, Joe Benton and the Engineers cruised to a 31-point victory.

Game Summary:
Estill County started the game with a 9-2 run which saw four different players score. However, the Pirates responded with a 7-0 run to close-out the quarter. The score was tied after one quarter of play, 9-9.

Estill County outscored the Pirates 17-12 in the third quarter, which made the score 41-25 going into the fourth quarter. From there, the Engineers never looked back and cruised to a 65-34 victory.

Interesting Stats:
The Engineers have defeated the Pirates in seven of their last 10 meetings.

For Powell County, Luke Pasley led the team with 11 points.

The Estill County offense featured a well-balanced attack as they had five players score eight or more points, three of those scored in double figures: Will Isfort (8), Joe Benton (9), Dyllon Long (10), Landon Napier (15), and Cobbe Click (17).

In the fourth quarter, the Engineers tallied 24 points, which is the same number they scored in the entire first half.