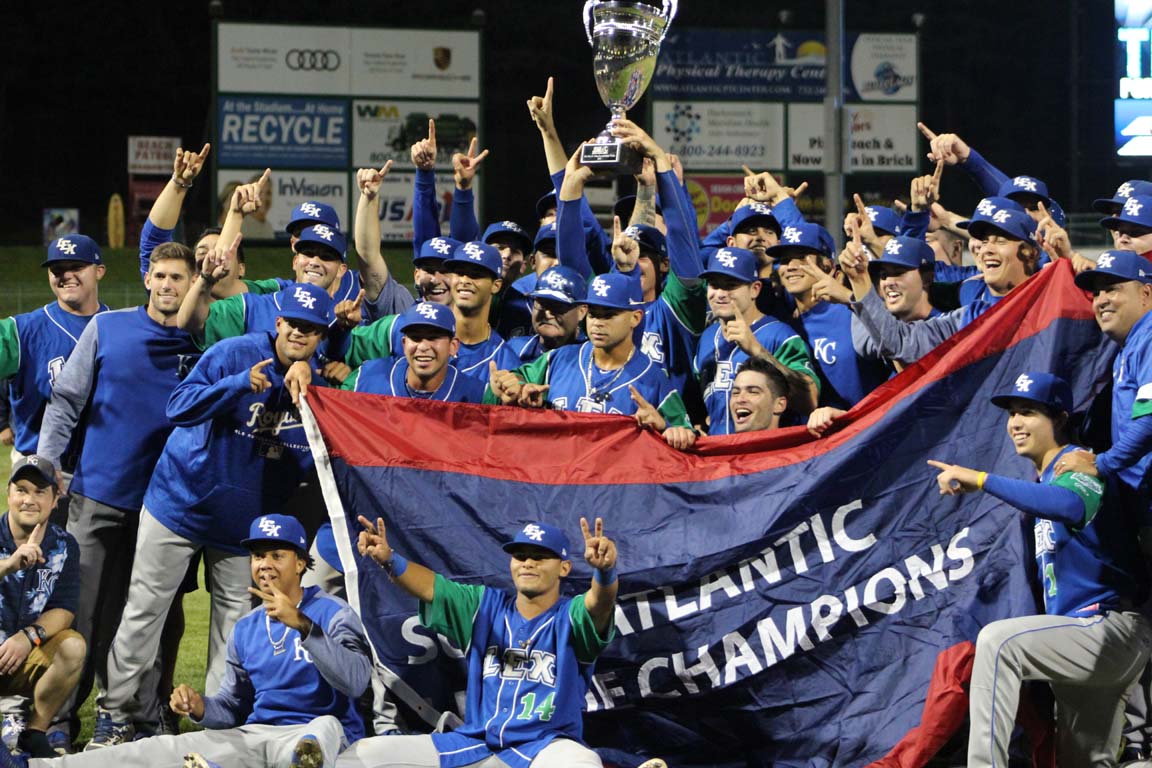 “We are thrilled to have Brooks back to lead the Legends in 2020. He not only understands championship-caliber baseball, but also strives to show his team the importance of giving back to the Lexington community,” said Legends President/CEO, Andy Shea. “We are also excited to see Jesus and Glenn return, while meeting some new faces around the clubhouse.”

Brooks Conrad – Manager
Brooks Conrad, who led the Legends to their second straight South Atlantic League title in 2019, returns to lead the Legends in 2020. He began his tenure in the Kansas City Royals’ organization as manager of Burlington in 2018. He played parts of six season in the Majors with Oakland (2008), Atlanta (2009-11), Milwaukee (2012), Tampa Bay (2012) and San Diego (2014) after being selected in the eighth round of the 2001 Draft by Houston, where he played seven seasons in the minors before making his Major League debut with Oakland. During his rise to the Majors, Conrad played for the Legends in 2003.

Carlos Martinez – Pitching Coach
Carlos Martinez, in his 19th year in the Royals’ organization, will serve as Lexington’s pitching coach, after working in the same role with Burlington for the previous eight seasons. He began his coaching career with the Royals at Salcedo in November, 2001 and coached in the Dominican Republic through 2006 before moving to Surprise for the 2007-08 seasons. He coached at Idaho Falls (Rookie) in 2009 and at Class-A Burlington in 2011 before returning to Surprise (Arizona) in 2011. Martinez, a left-handed pitcher, played four seasons in the Royals’ organization from 1997-2000 at Salcedo, Gulf Coast and Spokane, compiling a 13-8 record with a 4.03 ERA.

Jesus Azuaje – Hitting Coach
Jesus Azuaje returns for his fourth straight season as Lexington’s hitting coach, after serving in the same role at Burlington from 2015-16. He served as Latin America Field Coordinator for the Dodgers in 2014 and held the same role with Seattle in 2012. Azuaje coached for six years with the Mariners, including two seasons as manager of the Arizona Mariners and the 2009 season as hitting coach at Class-A Clinton. He played for Cardenales de Lara in the Venezuelan Winter League for 13 seasons and has coached the team for the last eight. Azuaje was an Appalachian League All-Star in 1993 with Cleveland and a Double-A All-Star in 1999 with the Brewers.

Glenn Hubbard – Bench Coach
Glenn Hubbard is the bench coach at Lexington for a seventh straight season. Before serving as the Royals’ infield coordinator from 2011-14, Hubbard spent 21 seasons coaching in the Atlanta Braves organization, including 12 seasons as the Braves’ first base coach under manager Bobby Cox. Prior to joining the Major League staff in 1999, Hubbard coached at Bradenton (1990), Macon (1991-92, 1994 and 1998) and Richmond (1993, 1995-97). A 1975 draft pick of the Braves, Hubbard played in the Majors for Atlanta from 1978-87. He concluded his playing career with Oakland, playing on an AL pennant winner in 1988 and the World Series champion team in 1989. The 1983 NL All-Star tied a Major League record for second baseman with 12 assists in a game on April 14, 1985. Hubbard, who was born at Hahn AFB in Germany, attended high school in Utah and was inducted into the Utah Athletic Hall of Fame in 2001.

Gavin Grosh – Certified Athletic Trainer
Gavin Grosh returns for his fourth season with the Royals after spending the previous five years in the New York Mets’ organization. While with the Mets, he spent two years at their Dominican Academy and three years working with their short season teams. He has also spent three seasons working Winter League Baseball in Venezuela with Leones del Caracas (2013-2014, 2016) and one season in Puerto Rico with Gigantes de Carolina (2015)

Former Legends Pitching Coach, Mitch Stetter, has been named Manager of Pitching Performance for the Kansas City Royals, after spending the five previous seasons in the Royals’ organization as the pitching coach in Lexington from 2016-19 and Surprise in 2015.

The Legends, a Class A affiliate of the Kansas City Royals and member of the South Atlantic League, play all home games at Whitaker Bank Ballpark in Lexington, Kentucky. The Legends are three-time SAL champions, going back-to-back in 2018 and 2019. For ticket information, call (859) 422-7867 or visit www.LexingtonLegends.com.